For the first time in 800 years, a "Christmas Star" will light the December sky

Technically, it's not really a star...rather a conjunction of two planets. But it should be a sight to see! 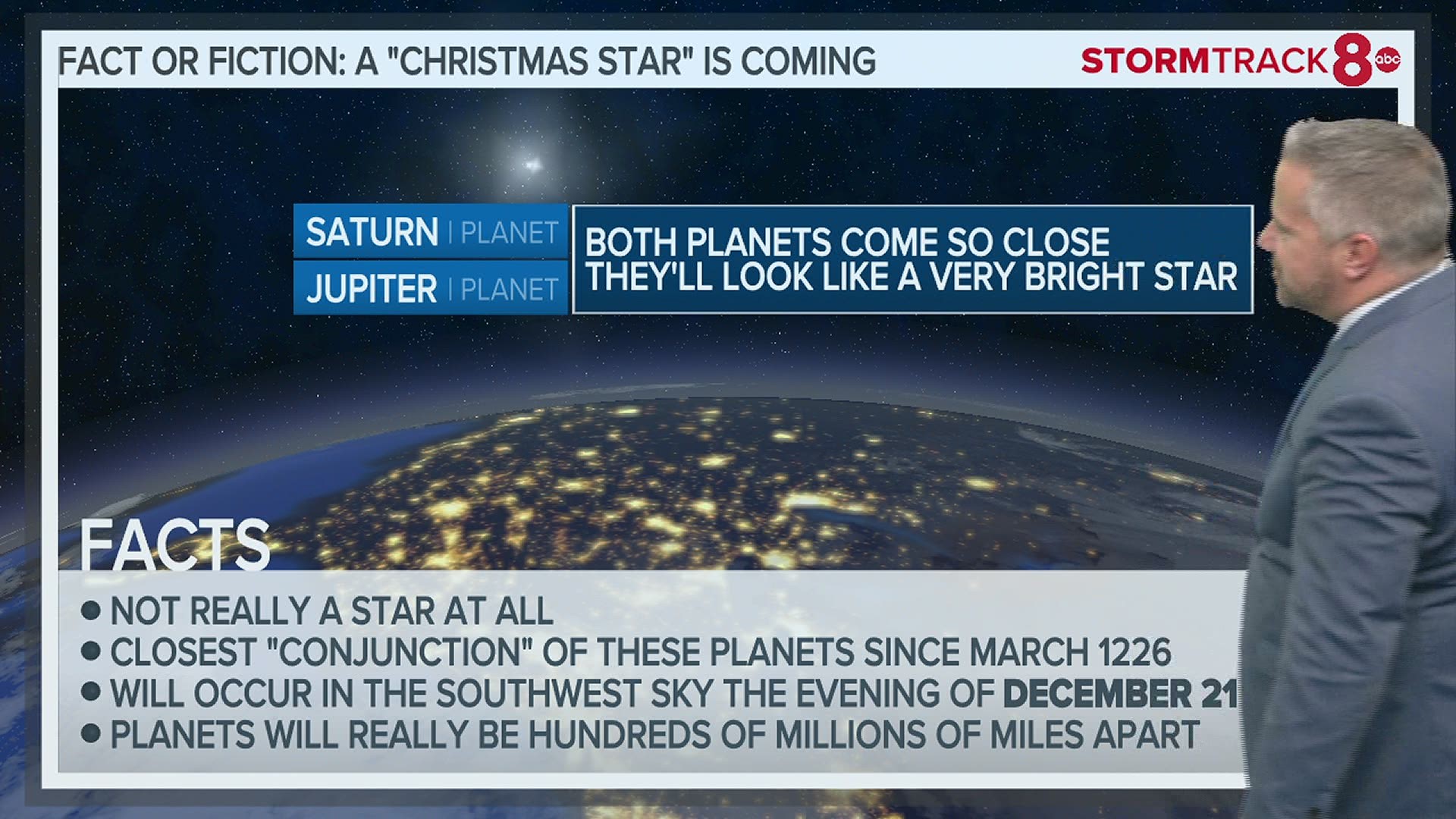 By now you've probably heard the rumor about a "Christmas Star" that will be visible this month.

While it's true that there will be a very bright beacon of light on the horizon, especially on the evening of December 21st, it won't technically be a star.

Instead, Saturn and Jupiter will occupy the same space in our night sky (even though they will remain millions of miles apart). Astronomers call this event a conjunction. This will be the closest conjunction of the two planets since March 1226.

If skies are clear on the night of the 21st where you are, it should be the brightest thing in the southwest sky.