The Winter Storm Warning has been expanded to cover some areas east of the Mississippi River. Here’s when conditions will improve. 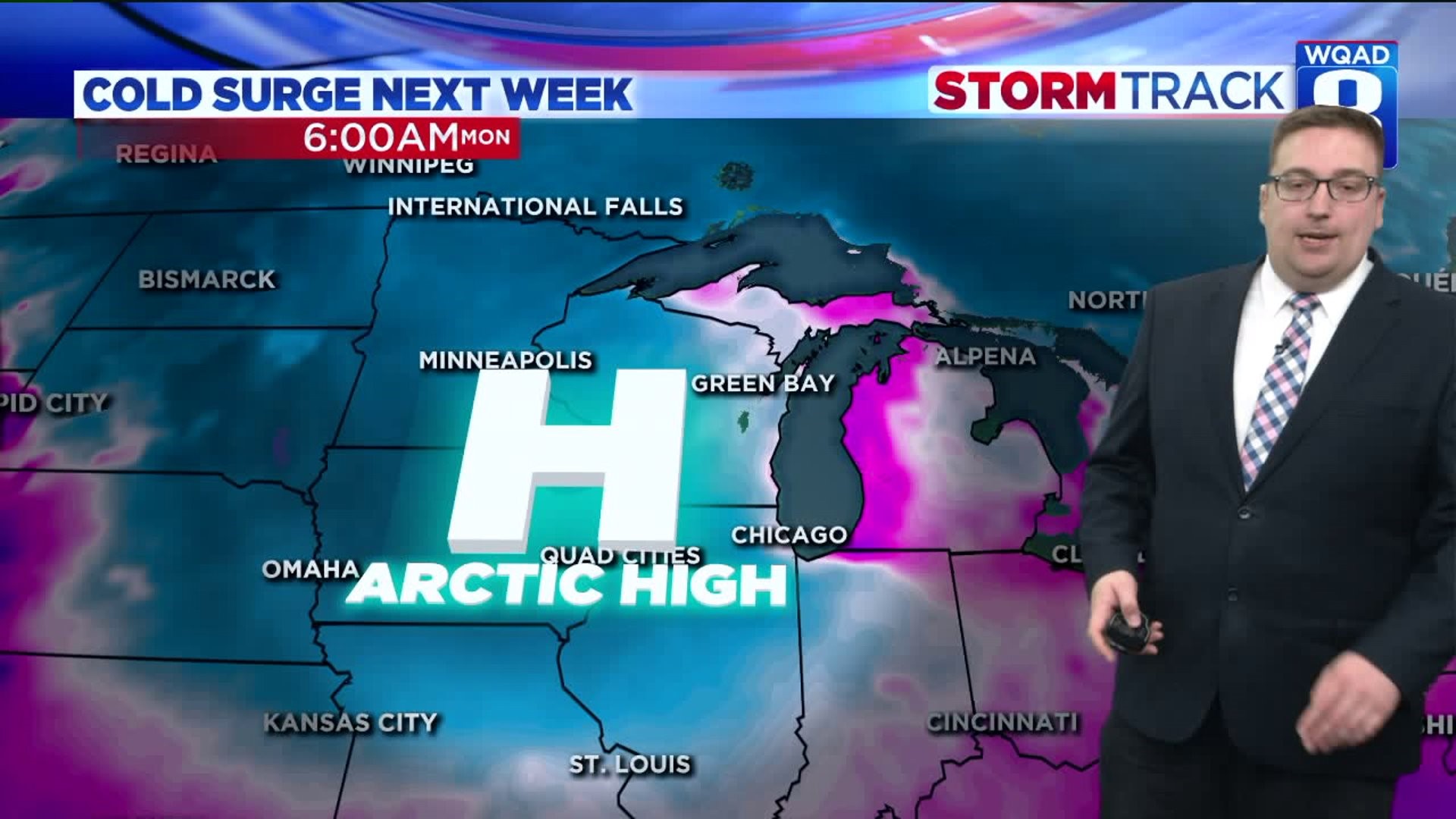 The Winter Storm WARNING has been expanded to cover some areas east of the Mississippi River due in part to some heavier snowfall totals exceeding four inches in these areas.

Numerous reports of total snowfall amounts exceeding four and even five inches have come in and roads remained quite hazardous Friday. Much of the accumulating snow was expected to come to an end by 10pm Friday evening, with freezing drizzle taking over for the remainder of the overnight hours. Some minor ice accumulations on untreated roads and elevated surfaces will be likely. Much of the icing threat will go away by sunrise Saturday as temperatures rise briefly above freezing.

With colder air working in behind this system, an eventual switch back to a rain/snow mix is likely by mid-morning Saturday with a few snow showers taking over in the afternoon. A few of these snow showers will reduce visibility at times and allow for blowing/drifting snow, especially in open areas. An additional inch of accumulation will be likely with this activity. Winds will begin to increase throughout the day and we'll see our warmest temperature readings during the early morning hours with highs in the middle 30s. Any leftover standing water will quickly freeze by Saturday evening as temperatures drop quickly through the teens and into the single digits. Travel conditions will improve significantly by Saturday evening with all of the precipitation coming to an end. However, be mindful a few slick spots could still occur with the rapidly falling temperatures.

The really serious cold will work in by Sunday as an Arctic high-pressure system moves directly overhead. Our daytime temperatures both Sunday and Monday will be limited to the single digits above zero, but windchills will suffer even more as breezy conditions remain in place. The worst readings will occur Sunday morning and evening dipping down to around -20. Not much improvement follows into Monday morning as wind chills will remain significantly below zero.

In the longer term, we do get some warmth back by Tuesday and into the middle of next week as highs rise back into the 20s.