Hearing booming noises this evening? Conditions are ripe for frost quakes. Plus, how long the Arctic chill will last. 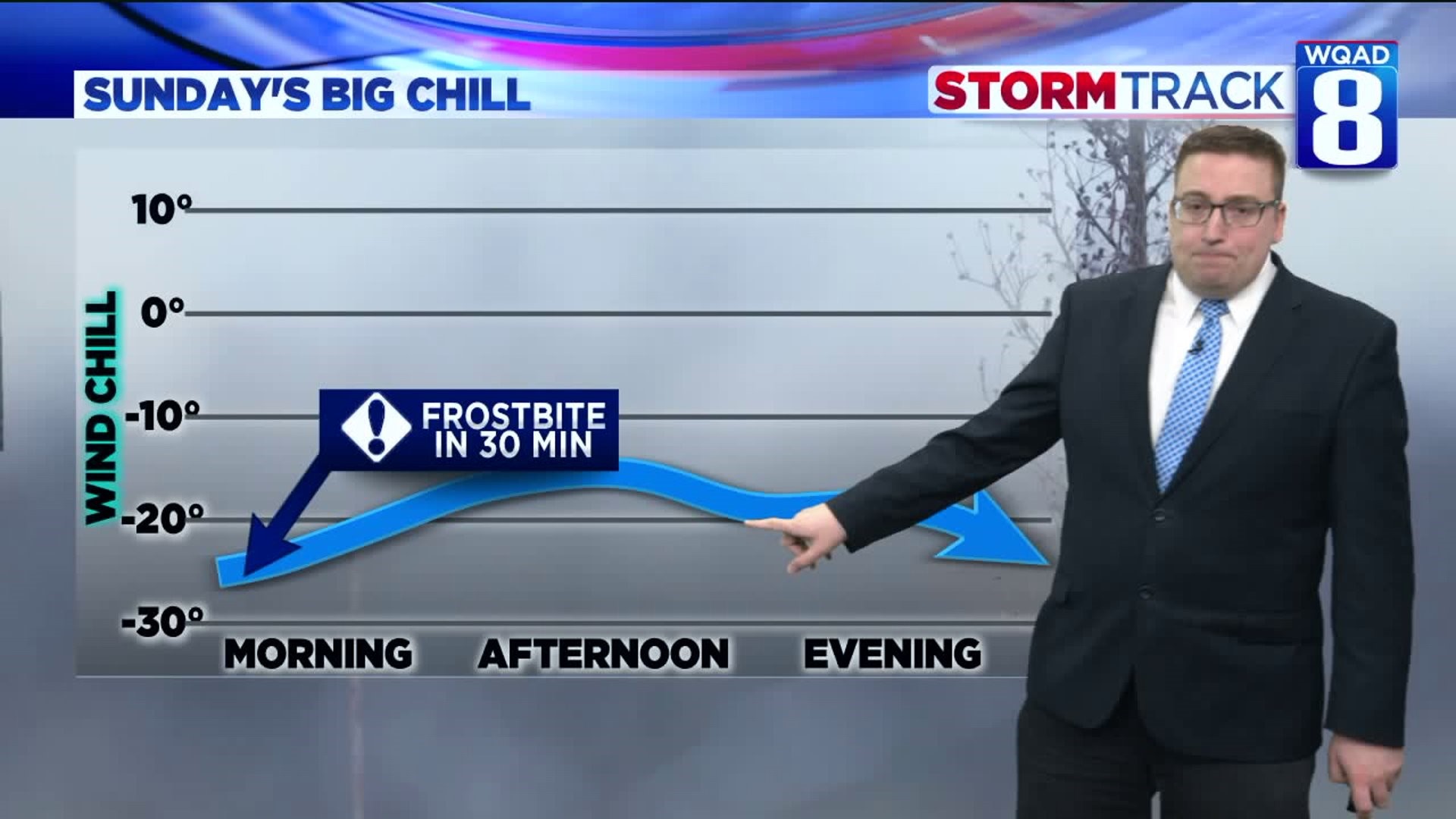 The snow has finally come to an end, but the strong winds will continue with us for the rest of the night. Those gusty winds combined with falling temperatures in the single digits below zero tonight into Sunday morning will create low wind chill values. A Wind Chill Advisory is in place for the entire Quad Cities region until noon Sunday.

A quick recap of snowfall totals across the region shows many locations picked up between 2 and 6 inches of snow. Most of this fell during the early evening Friday before a layer of ice formed thanks to freezing rain. This icy layer actually saved us from blowing and drifting snow as the strong winds moved in this afternoon. Our neighbors to the north though were not as lucky. Road conditions continue to remain poor north of the Quad Cities where a little more light snow fell this afternoon. Those conditions will slowly improve by Sunday morning.

The Arctic front that moved through early this afternoon brought a dramatic temperature change with it as we went from 30s to now the single digits in just a matter of hours. We've already received a couple reports of loud booms, likely frost quakes. Water that is in the ground has rapidly frozen and expanded with these much colder temperatures. That expansion is what causes the loud "boom" that you hear. We will likely get a few more reports of these tonight.

Wind chill values will likely dip close to if not exceed 25 degrees below zero tonight into Sunday morning. We won't see much improvement during the day either as strong winds continue and highs are limited to the single digits above zero. This will keep wind chills in the 10 to 15 degree below zero range for much of the day. If you are going to be outside, make sure and cover any exposed skin. Frostbite can occur in less than 30 minutes with these conditions present. These low wind chill values will stick around through at least Monday afternoon before the winds really begin to ease up. Tuesday will also see huge improvements as we get rid of the strong winds.

Some warmth will begin to return by Wednesday of next week as the Arctic air mass modifies some. Of course, we'll have a brand new weather system to track around this time as well. Look for a rain and snow mix to return as early as Wednesday evening.