Another crest headed for the Mississippi River this week

The Mississippi River is slowly receding now, but another crest is on the way. Here’s when it will hit and how high the water will rise.

Water levels on both the Rock and Mississippi River are receding this morning, but another more significant crest is just days away.

The Mississippi River at Rock Island crested around 17.2 feet on Sunday and is now slowly falling while remaining in moderate flood stage. This fall will be short-lived as snowmelt to the north of the region begins to work its way downstream.  The result will be another, more significant rise that arrives later next weekend. The Rock River will remain in major flood stage through at least next weekend.

The amount of snow that remains on the ground to the north of the Quad Cities is quite alarming when you look at it. Widespread areas of snow that measures 10 to 20 inches deep in many locations across Minnesota and Wisconsin. Contained within this deep snowpack is some 3 to 4 inches of liquid water that will all flow into the river as the ground remains saturated.

Just like the snow that rapidly melted this past Sunday, the same scenario will be taking place across areas to our north as a significant push of warmer air moves in by the end of the week. Those same areas that have large amounts of snow on the ground will see highs in the 40s and 50s, leading to rapid melting and water rushing into creeks, streams, and eventually rivers.

Thankfully we won't be adding any additional rainfall to the above scenario with the heaviest rains this week staying to the south and west. Unfortunately, not the best news for parts of Nebraska which are currently experiencing historic flooding. This will be a pattern that we need to watch though because it could move further into our area by next week.

The bottom line: River flooding is likely to continue through much of April as the snowmelt to the north streams south. Several more crests are likely at varying times and any additional rainfall we receive will further enhance the flooding impacts. If we end up seeing healthy rains in the next several weeks, we'll likely see the river flooding continue through at least Memorial Day. If you live along the river, keep tabs on the latest forecast here as we continue to track the potential for more flooding in the weeks ahead. 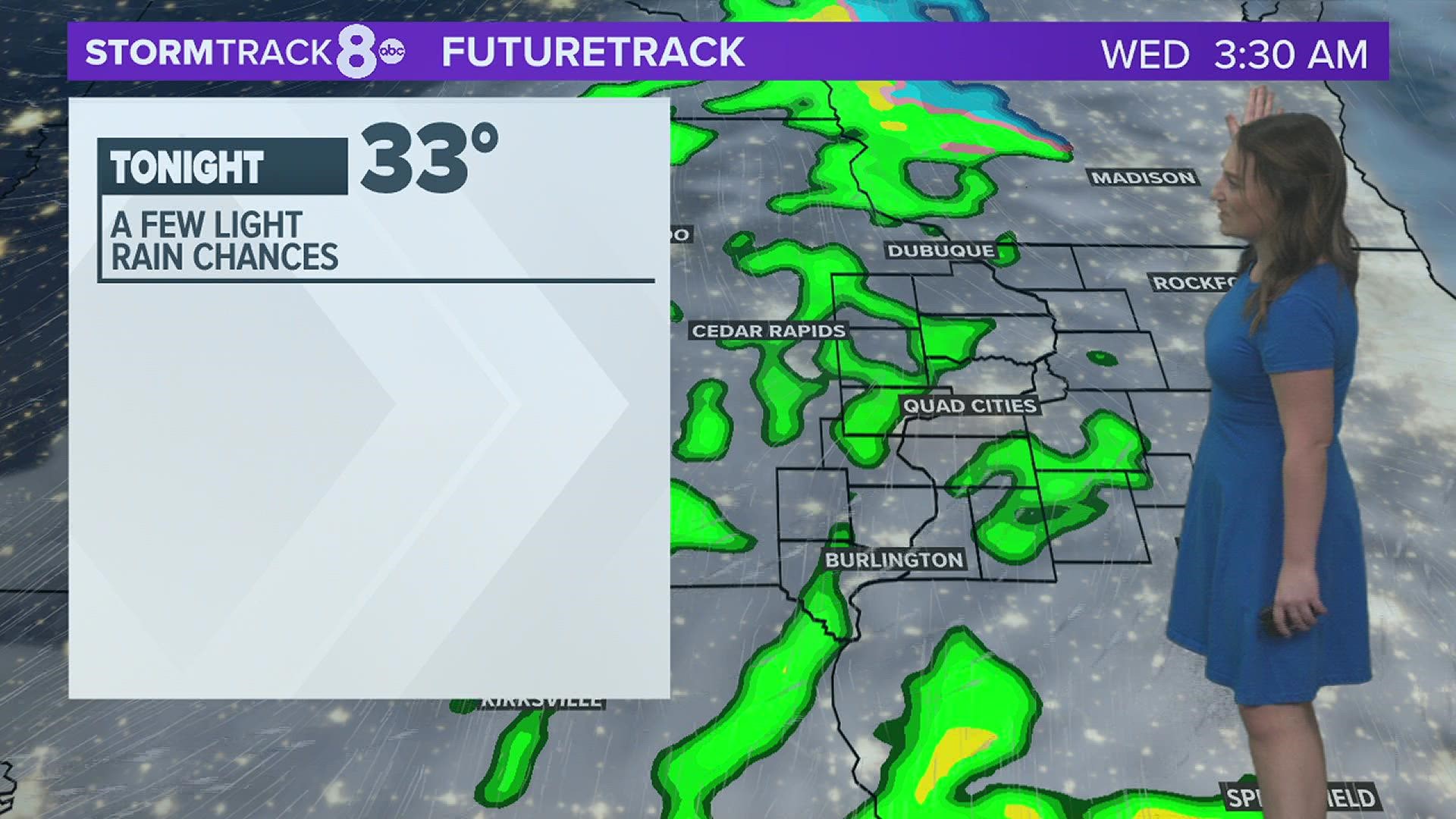