Many ski resorts across the U.S. have already been experiencing winterlike conditions. 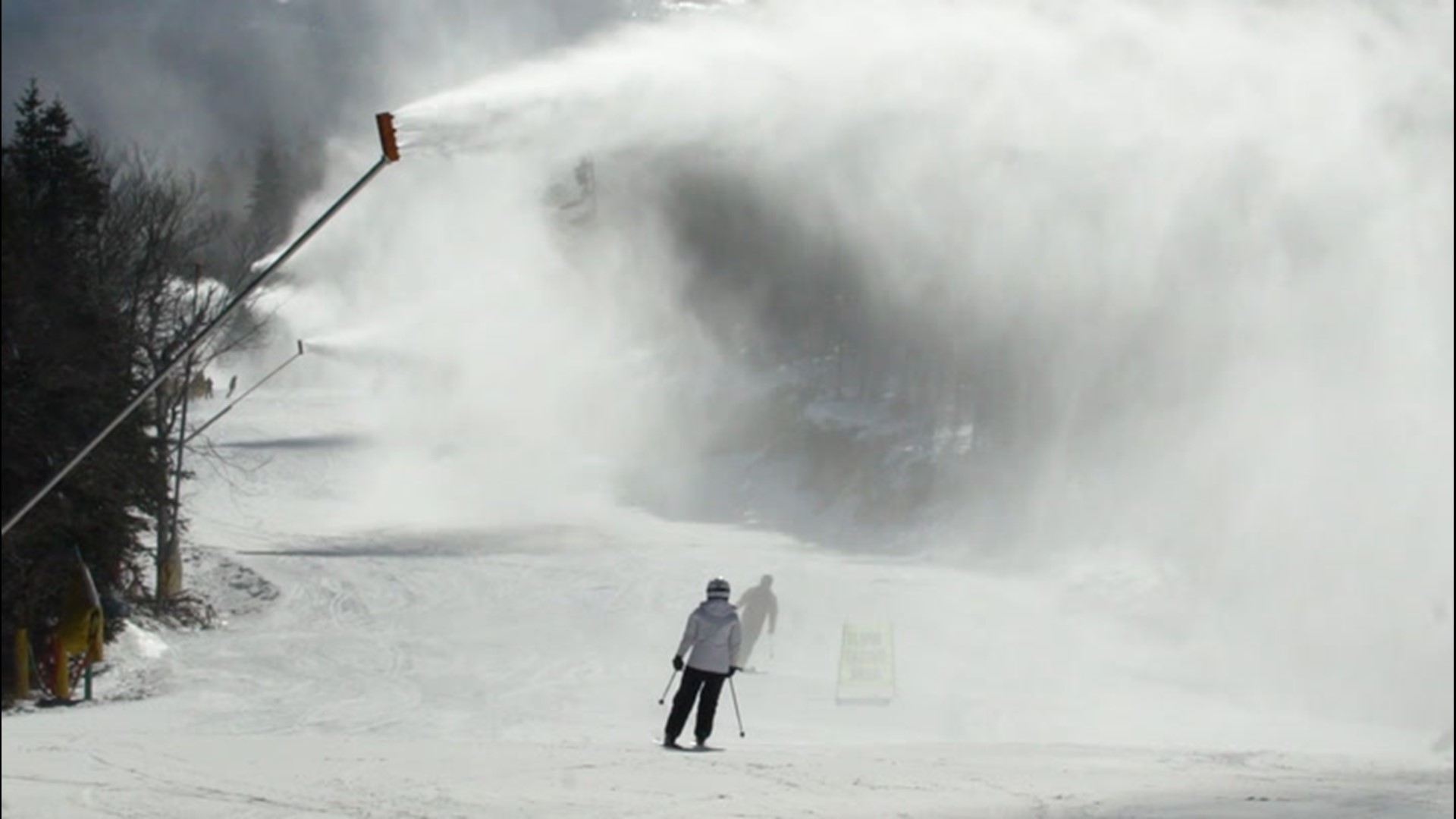 Americans all across the country satisfied their craving for turkey and stuffing last week with the Thanksgiving holiday, and now skiers across the nation are satisfying their own cravings for the slopes as ski resorts across the country are opening for the first time since March.

Although the official start of winter is still a few weeks away with the winter solstice on Dec. 21, many ski resorts across the U.S. have already been experiencing winterlike conditions. After COVID-19 forced resorts to close prematurely last spring, people are welcoming the start to the season with open arms.

"We had some pretty cold temperatures at the beginning of the month which is not necessarily the norm, but it was great for snowmaking," Alex Spychalsky, public relations specialist at Squaw Valley Alpine Meadows in California's Tahoe region, told AccuWeather's Brittany Boyer. "We were able to put down a lot of artificial snow for us to ski on."

As the pandemic continues across the globe, ski slopes will look a little different this season, with social distancing and other coronavirus prevention measures at the forefront.

"When guests show up, they're going to see a variety of new signage and COVID protocols through every step of their journey from how we park cars to how we load lifts to how we allow people in and out of lodges. Essentially, every part of the day is going to be changed," said Jamie Storrs, senior communications manager for Vail Resorts eastern region.

Aside from when guests are actually skiing or riding the lifts, they will be required to wear masks at all times at Vail Resorts, Storrs said. Guests will also need to make reservations. This year, Storrs said skiers should also bring a snack and water bottle, explaining that this year will be different as guests will need to be more "self sufficient." Lodge access at the resorts will be limited compared to previous seasons, and capacity will vary based on different county and state ordinances, he added.

Many ski resorts took a hit in the spring when the coronavirus forced them to close to the public in March, and Squaw Valley is no different. Spychalsky said the extended break from skiing has left many guests eager to return to Squaw Valley.

"We are really known for spring skiing here at Squaw Valley Alpine Meadows, and we really lost that last year," Spychalsky said. The resort was closed in mid-March, but it usually stays open for ski season until April or even June or July, she explained. "Our guests really love that time of the year. So everyone has really been chomping at the bit since they haven't been on skis since March."

AccuWeather Lead Long-Range Forecaster Paul Pastelok predicted that most regions of the U.S. with a strong ski industry should do "fairly well" this year in terms of weather cooperation. The Northeast, despite warmups forecast throughout the season, can anticipate a few nor'easters to keep snow fresh on the slopes. The western U.S. may have an extended season that could stretch all the way into early June.

Already, many resorts in the U.S. have opened to guests as the weather has been on their side. Others, however, were not so lucky, and many resorts have had to delay opening due to weather.

Telluride Ski Resort in Colorado opened for the season on Thanksgiving Day, while Powderhorn Resort, located 130 miles north, has rescheduled its opening day for Dec. 3 due to warm weather and lack of snow.

In Vermont, Killington Ski Resort also had a delayed start and has continued to see challenges after opening. On Monday, Killington had to suspend operations from 2:30 p.m. due to inclement weather, with Tuesday's operations also in question.

Whiteface Mountain in New York state delayed its opening until Dec. 4 due to uncooperative weather conditions. But on Thanksgiving, the resort's Twitter feed featured a post showing snowy slopes and thanking its "hardworking crew" that has been working hard on snowmaking operations.

From our hard-working crew to yours, Happy Thanksgiving. Check out how nice the new Bear Den Quad is looking!#WhitefaceMountain #happythanksgivng #thursdaymotivation #ISkiNY #LakePlacid #mountainlife pic.twitter.com/dNMKWXpqZ0

Pine Knob Ski Resort in Michigan, about 41 miles northwest of Detroit, has yet to open this season. According to the resort, they hold off on opening until the weather will allow for them to consistently make and maintain snow on the slopes. The resort said that ideal temperatures would be in the 30s during the day and the teens at night for snowmaking.

Resorts are also hoping for a longer season that would extend later into the spring.

"We go until late April, sometimes the first weekend in May, depending on snow conditions," said Karolyn Castaldo, director of communications of Sunday River Resort in Maine. "We're gearing up for a nice, long season again, and we're really hoping to invite as many people as we can to safely come and enjoy the slopes."

Storrs said Vail Resorts is expecting an active ski season in terms of visitors, despite the coronavirus regulations put in place.

"Our last earnings release noted that our season pass sales were up 18% year-over-year, so there's definitely a demand for skiing and riding," Storrs said. "I know I, for one, am psyched to get back out on the slopes." 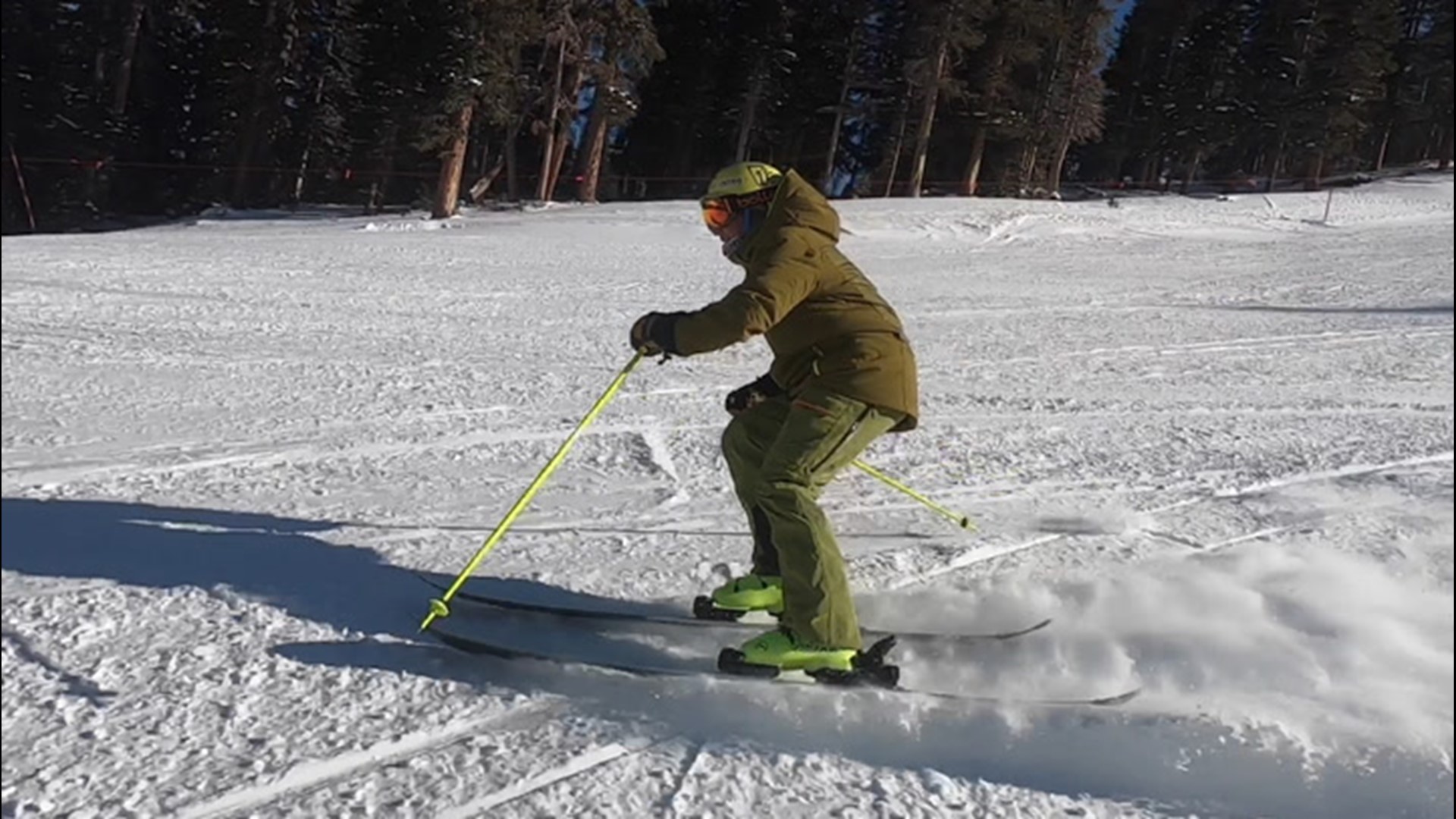