The northeastern United States was transformed into a winter wonderland as one of the biggest snowstorms in years buried the region. 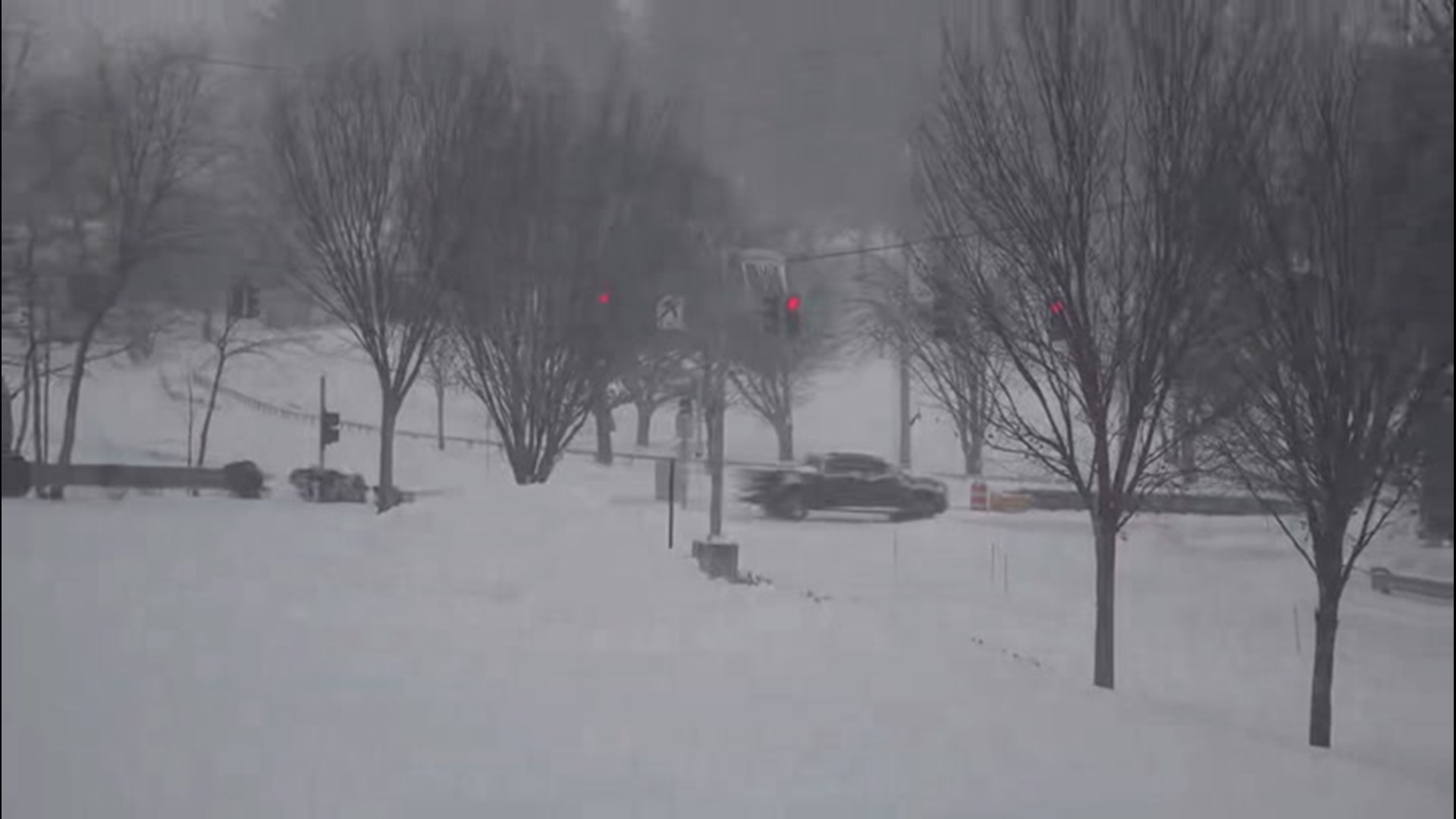 In less than 24 hours, the northeastern United States was transformed into a winter wonderland as one of the biggest snowstorms in years buried the region, giving hope to those that are dreaming of a white Christmas in 2020.

For some, the first major winter storm of the season delivered only a few inches of snow creating light work for those who had to clear sidewalks and vehicles. However, across a swath of the region's interior, it may take days for some folks to completely dig out from the record-setting snow that piled up.

An incredibly heavy band of snow took shape on the northwestern edge of the storm late Wednesday afternoon that went on to unload feet of snow from central Pennsylvania, across upstate New York and into interior New England through Thursday. The snow was so intense that thunder and lightning were detected periodically, a phenomenon known as thundersnow.

Williamsport, Pennsylvania, home to the Little League World Series, measured 24.7 inches of snow on Thursday morning. Throughout the 125 years of record-keeping in the area, this was the biggest single snowstorm in the city's history.

But, this impressive record was dwarfed by what unfolded farther north.

A yardstick wasn't tall enough to measure the snow that fell around Binghamton, New York, where more than 40 inches piled up in less than 24 hours.

Credit: AP Photo/Craig Ruttle
Snow is cleared after a heavy snowfall on a street in Binghamton, N.Y., Thursday, Dec. 17, 2020. Binghamton Airport reported 39.1 inches of snow and another spot in Binghamton reported 41.0 inches, according to the National Weather Service.

Snow fell at a staggering rate of 4 to 5 inches per hour on Wednesday night as the band of significant snow on the northwestern side of the storm sat overhead for hours.

How do you get 40" of #snow? Have a snow band like this hang out over you for about 7 hours... #NYwx pic.twitter.com/1fUP9BCdZl

Due to the significant snowfall from this storm, this December now ranks as the sixth-snowiest month on record for Binghamton with 42.8 inches, according to AccuWeather's climate database, and could continue to move up the list if more snow falls before 2020 comes to a close. The all-time record stands at 59.6 inches set in December of 1969.

Newark Valley, New York, located just northwest of Binghamton, has reported one of the highest snowfall total across the region with 44 inches, just shy of the 4-foot mark.

Adam Gill, a meteorologist for the National Weather Service office in Binghamton posted on Twitter that it took him three hours to dig out his car after the snow slowed down.

Related video: Digging out proves difficult for this snowblower 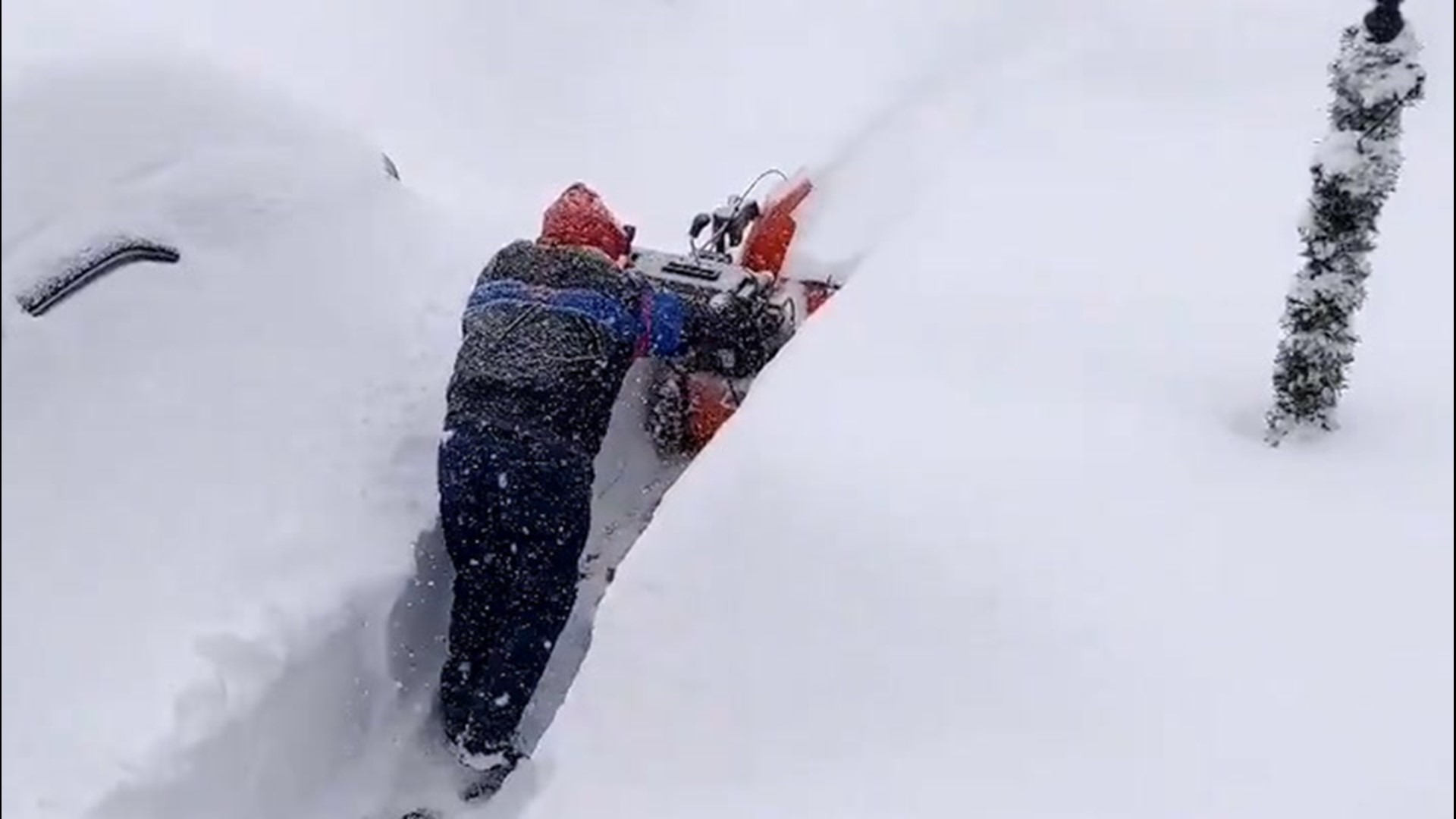 It may be days before every road across the region is cleared and people are able to dig out from the mammoth snowfall.

Snowfall totals along the Interstate 95 corridor were a fraction of what was seen farther inland but, in some spots, were several times higher than all of last winter's snow combined.

Last year, Central Park in New York City measured a few ticks under 5 inches of snow, less than half of what fell during this week's nor'easter. New York City got its first double-digit snowstorm in almost five years as 10 inches fell in Central Park.

Not only was this storm snowier than all of last winter in Philadelphia, but it was the biggest snowstorm in the City of Brotherly Love in more than 1,000 days. Nearly half a foot, or 5.7 inches, was reported in Philadelphia.

"Philly has broken its snowless streak," the National Weather Service in Mount Holly, New Jersey, tweeted on Thursday morning. "That is the largest snowfall since March 21, 2018 where we saw 6.7"."

Washington, D.C., walked a fine line between rain and snow during the storm with a few flakes falling at Washington Reagan National Airport -- where official records have been kept for the nation's capital since 1941 -- at the storm's onset before temperatures rose and the precipitation changed to a cold, steady rain. However, at Washington Dulles International Airport, located west of the city itself, the cold air hung on for a bit longer, allowing more than 2 inches to accumulate.

Even where feet of snow fell over the Northeast, meteorologists said the storm stopped just short of causing blizzard conditions. To be considered a blizzard, winds must be howling at least 35 mph for three consecutive hours with visibility dropping lower than one-quarter of a mile during that time.

Even Mount Washington in New Hampshire, home to some of the most extreme weather conditions in North America, did not achieve blizzard status with winds only briefly flirting with the 35-mph mark.

Most of the snow that has fallen will likely stick around for some time as chilly air is expected to linger over the Northeast in the short term.

"High temperatures in most of the bigger cities will be no higher than the lower to middle 30s F into the weekend, and night will bring lows in the 20s. These ranges are about 3-6 degrees below normal for this time of the year, and the natural refrigeration that a fresh snowpack brings will be largely responsible for it," AccuWeather Senior Meteorologist Carl Babinski said.

With Christmas right around the corner, the record-setting snow from this week's storm combined with anticipated cold pattern is increasing the odds of a white Christmas across the Northeast and almost guaranteeing it in places like Binghamton.