After seeing very elevated flood risks on our rivers over the past few years, this year brings better news - for the Mississippi at least. 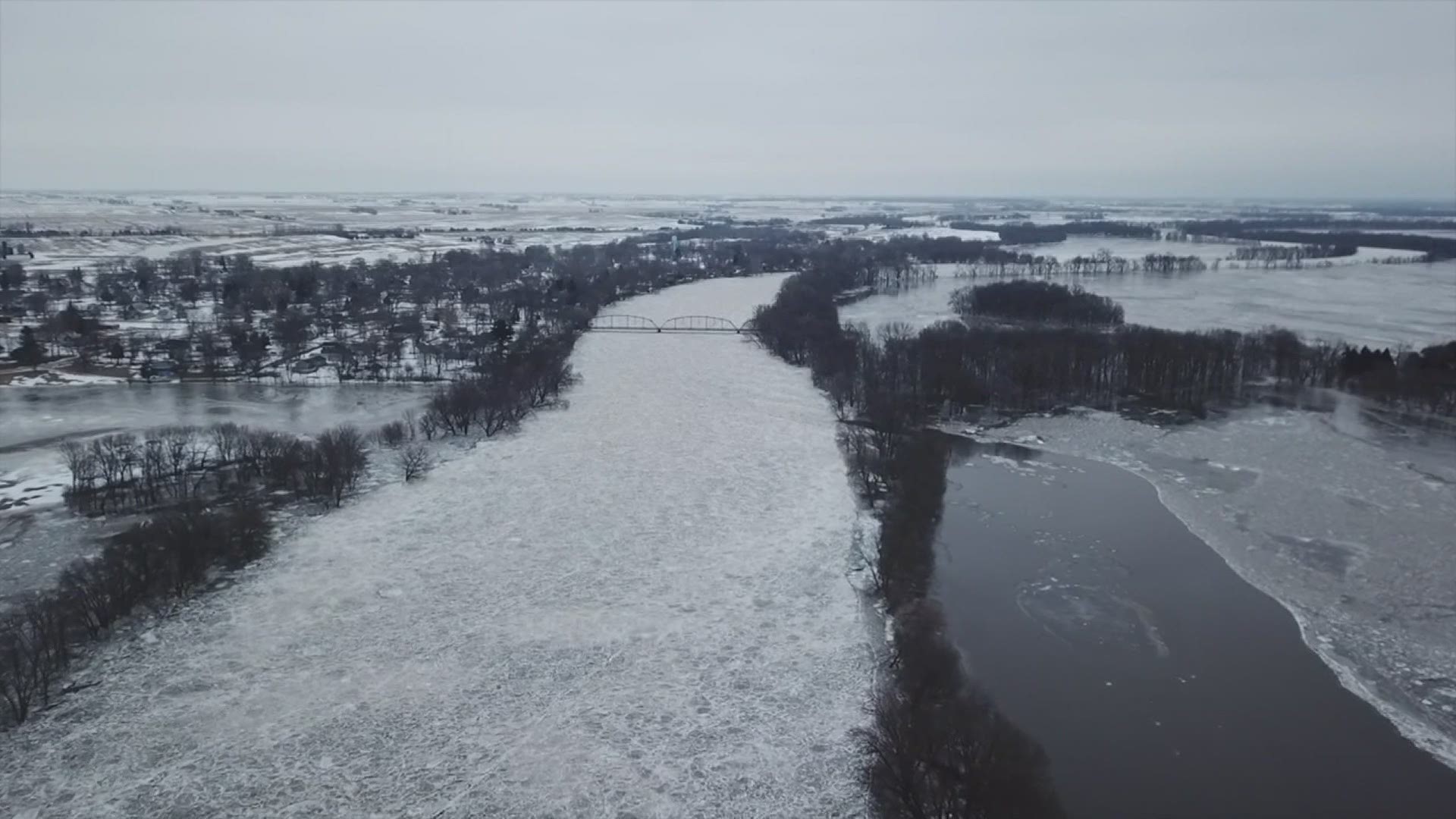 The past few years have brought many concerns when it comes to river flooding, especially after a historical flood in 2019.

The National Weather Service released the first Flood Outlook for 2021 on Feb. 11. Fortunately, the Mississippi River isn't much concern at the moment! Our primary concerns this year lie with our smaller rivers, especially the Rock River.

We were rather lucky with temperatures at the beginning of winter. December and January this season were fairly above average in temperatures.

Combined with not seeing an excess amount of precipitation, this helped keep the depth of frozen ground shallow and soil moisture low. That means the ground can take on some water when we begin to thaw, a change from the past few years. In 2019 and 2020, we had very saturated grounds before we went into the spring seasons which was the main culprit of river flooding.

This year, snow is going to be the kicker.

We have gotten a lot of snow in the past month. Northeastern Iowa and northern Illinois have some of the deepest snow packs in the upper Midwest. Our current snow depth is about 12 to 16 inches deep. Along the Mississippi River near Minneapolis, has been much drier than us over the past few months so that is why we are not seeing an elevated flood risk on the Mississippi in the Quad Cities. An elevated flood risk actually lies south of the area because of where that heavy snow sits.

This also brings us to why the smaller rivers are the concern this year. The Rock River and the lower Wapsi are some of our local rivers that are at risk.

Jessica Brooks is the Hydrologist at the National Weather Service in the Quad Cities who closely monitors river levels for our hometowns.

“The Rock River watershed, for instance, is probably one of our higher risked rivers this spring because a lot of that watershed has a lot of snowpack," Brooks said. "If you go up into northern Illinois and Wisconsin, there’s snow in that entire watershed, so that one is one of our primary concerns."

The concern with the snow pack is there is a lot of liquid water being held in the snow.

If the snow melts too fast, it will quickly runoff into those rivers. If we see the opposite, with a gradual melt, the ground will be able to help take on a lot of that water and we could get out of this year without seeing much flooding!

The National Weather Service will release another flood outlook in two weeks. Right now, we are not expecting any major changes to the forecast with the terribly cold pattern we have been stuck in and no big snow storms on the horizon.

The one problem that the arctic spell may cause down the road is breakout ice jams on the rivers. So far, we haven't seen many ice jams since we haven't gotten brutally cold until recently.

That will be something to monitor when we start to see some warmer temperatures.