Areas of light snow will continue to advance in this evening with the more steadier bands remaining south of the Quad Cities. Pavement temperatures remain below... 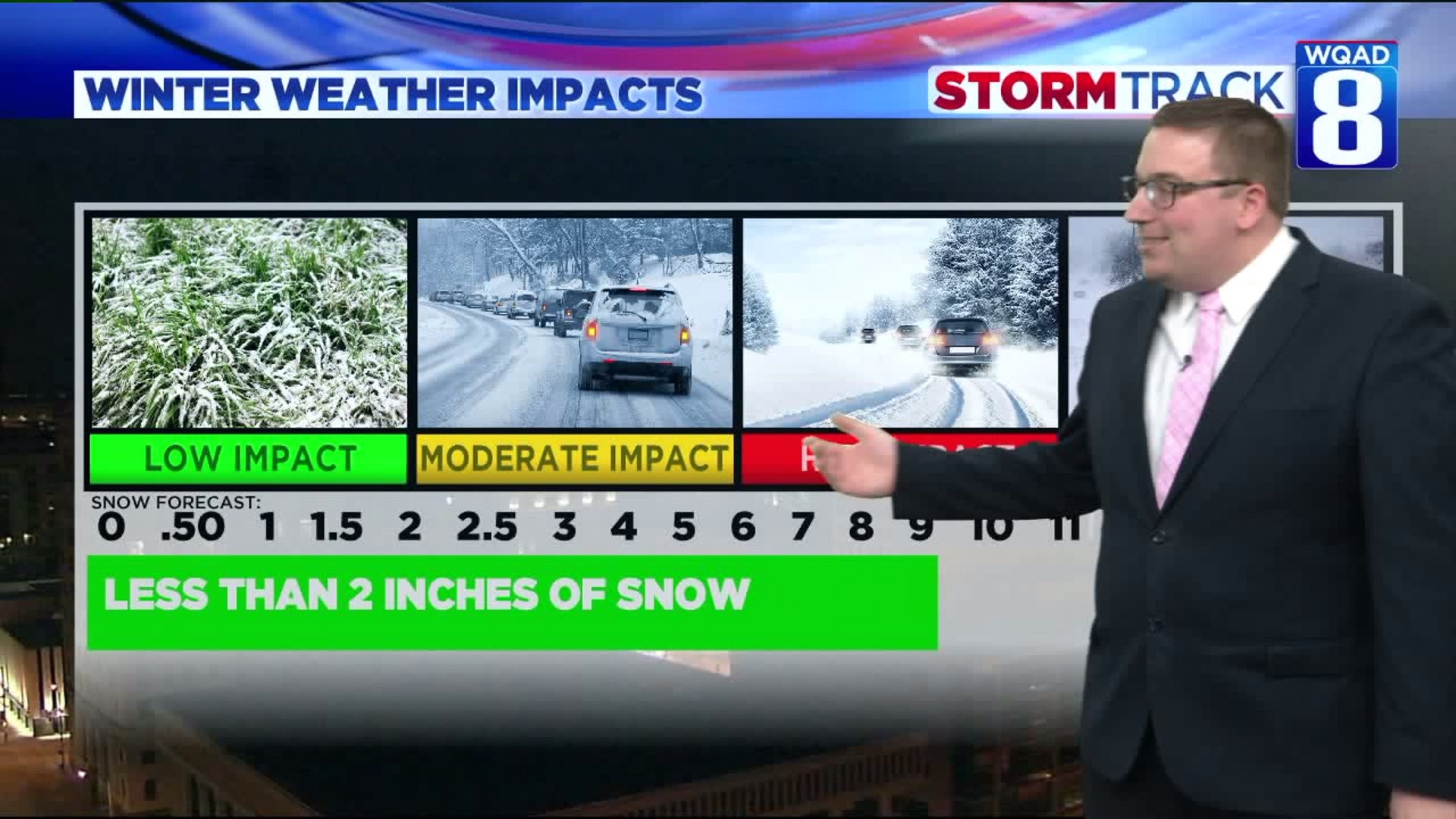 Snow is now starting to fall in parts of the Quad Cities this evening and while this won't be a long-duration event, there will certainly be some travel issues as we head into the overnight hours and even for parts of the Monday morning commute.

As of 6pm, the heaviest band of snow is setting up shop well south of the Quad Cities, stretching from northern Missouri through Central Illinois. This is where winter weather headlines are currently in place and where the biggest travel headaches will occur tonight.

Generally speaking, much of the accumulation will fall along and south of I-80 where one to two inches is expected, especially near Galesburg and Burlington. Here in the immediate Quad Cities, an inch or less is a solid bet at this point with even lower amounts the further north you go. I've highlighted a particular region where the snowfall gradient, or area where you go from accumulating snow to nothing, is expected to layout.

Pavement temperatures remain well below freezing, so regardless of whether you see an inch or not, some slick spots are going to be likely through at least the first part of Monday morning.

All of the snow will be wrapping up just after midnight, so no additional accumulation is expected into Monday morning and much of the commute will be fine. The wind isn't going to be an issue with this system either, so blowing and drifting snow is not expected.

One wildcard will be some patchy areas of freezing drizzle, especially south of the Quad Cities once the snow wraps up later tonight. This could create some slick conditions for hometowns like Burlington and Mount Pleasant.

Whatever snow we do pick up isn't going to be sticking around long. After a quick punch of some colder temperatures for Wednesday, we'll make a nice recovery well into the 40s for the remainder of the week and into next weekend as a southerly flow develops for much of the country. In fact, this same pattern will likely hold into Christmas week which is great news if you'll be traveling.