Quad City International Airport says Thanksgiving travel numbers are down from last year, seeing changes in when and who is flying

TSA says 2 million Americans flew on Nov. 20 and 21, marking the largest travel weekend since the pandemic began. This comes as the CDC warns Americans to stay home. 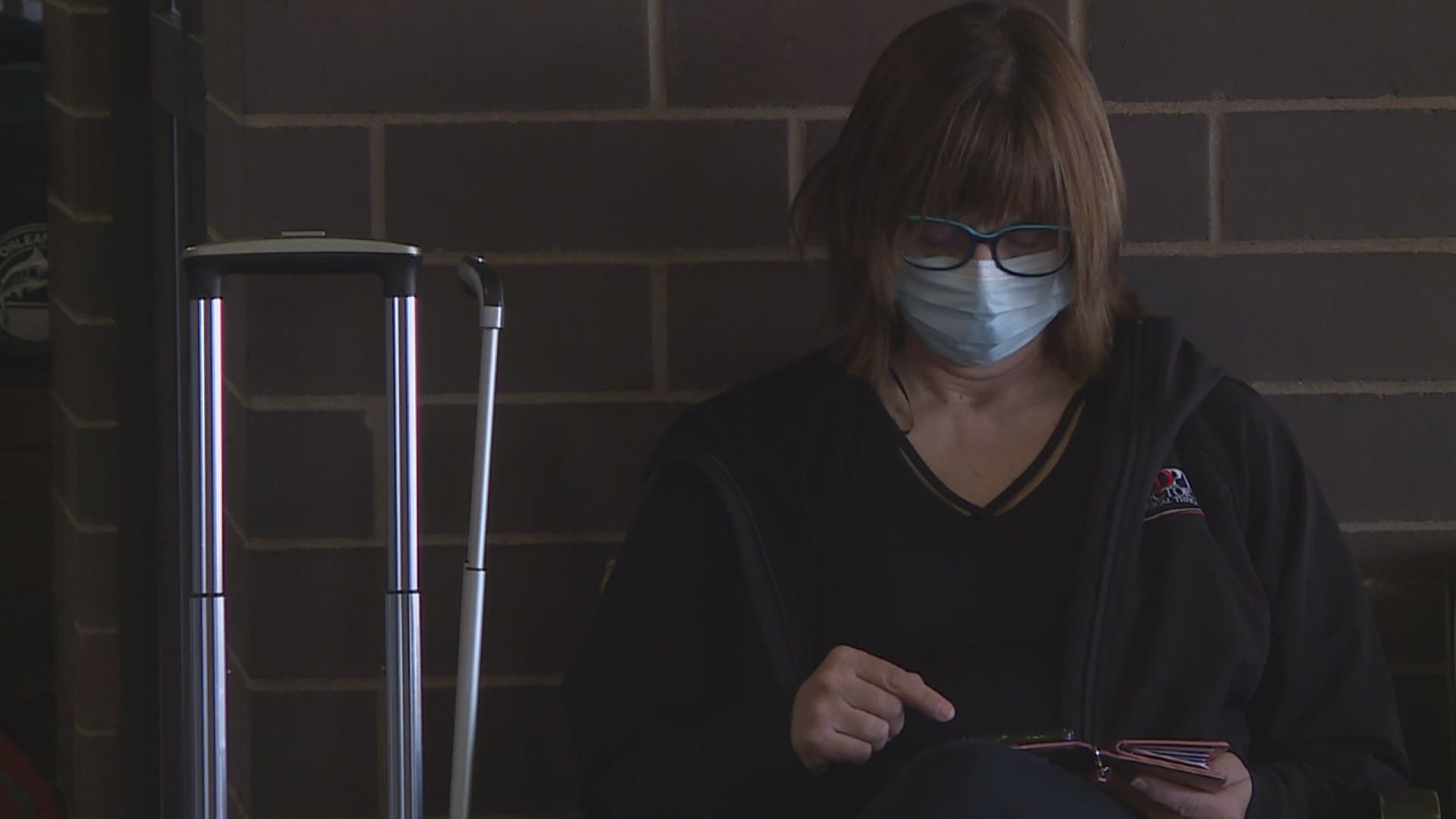 MOLINE, Ill. — Typically one of their busiest travel months of the year, Quad City International Airport (MLI) says business is significantly down from last November, but up from when the pandemic began.

They say beyond the virus, changing trends in who and when people are flying for Thanksgiving, are altering what the season looks like for the airport.

TSA announced that 2 million Americans took to the sky on Friday Nov. 20 and Saturday Nov. 21, right before the Thanksgiving holiday. That marks the largest travel weekend since the pandemic began, but also comes as coronavirus cases skyrocket across the country and the CDC warns that nonessential travel should be avoided this year.

At MLI, they say they expected the surge in travelers over the weekend, but knew it wouldn't be anywhere close to the Thanksgiving crowds they've seen in years past. Last year, the airport had over 60,000 people travel with them in the month of November. This year, they estimate the month will only see about 20,000 travelers.

However, they say even that number is much better than what they were facing at the beginning of the pandemic, when MLI air traffic was down 97%. Now, they say they're down about 50-60%, marking slow, but steady progress.

RELATED: 'This is not fake news': Dr. Fauci talks holiday travel safety and upcoming vaccines in 1-on-1 interview

"20,000 [passengers], when you spread it over a month, is certainly less than what we're used to seeing, but decent enough," said Ashleigh Johnston, public relations and marketing manager for MLI. "Especially when you consider that back in April, we had about 2,300 a month."

During a normal year, the Thanksgiving travel holiday would bring about 40 flights in and out of MLI every day. Now, they say they're down to about half of that, but have picked up some service since this summer. Delta recently added a third flight out of MLI to Atlanta - an increase from the usual two offered during the Thanksgiving season.

Johnston says their decreased numbers are typical reflection of other airports across the country, but their smaller size allows a unique advantage during this pandemic.

"Certainly when you're talking about a decline in passengers, that's a decline in a lot of other things as well, but we're positioned well to weather the storm," she noted. "We have plenty of space to spread out and still plenty of ways to keep your distance. It's also an easy process, so you're having fewer contacts with people as you're making your way through the airport."

Even with the decline in business, she said the airport's main concern is the safety of its travelers.

The airport is requiring masks at all times in the terminals and on the planes, and is offering free masks at all doors for those who might have forgotten one. Johnston says they're also frequently cleaning with as many recommended cleaning products as they can, and have hand sanitizer stations set up throughout the airport.

Travelers are also encouraged to take advantage of TSA's Covid-updated hand sanitizer policy, which now allows bottles of sanitizer as large as 12 ounces to be packed in carry on bags.

The airport is also asking that anyone who feels sick stays home, and takes advantage of many airline's flexible cancellation policies.

"And, of course, recent studies have shown that travel - especially air travel - is quite a low risk of transmission, because of the way air is filtered on airplanes. But nothing is 100%, so we have to take every precaution to stay safe," she said.

One of the other major differences of this year has been shifts in who is traveling, and when they're doing it.

"With more people working remotely, they're not as tied to their workspace, so they're leaving a little bit early or a little bit late," said Johnston. She said that while it would be easy to predict busiest travel days during a typical year, the more fluid nature of when people can leave and travel, has upended that. For Thanksgiving, that means instead of the highest amount of traffic being from Wednesday to Sunday, more and more people are leaving earlier and staying for a week or two before traveling home.

Additionally, many college schedules have changed, impacting how many students are in the air this week.

"Students are being sent home and asked not to come back, in some cases, until mid-to-late January, so we're seeing an extended holiday travel season for them, that we're not used to seeing," said Johnston.

While the future isn't clear right now, she says that depending on the lasting impacts on the work-force after the pandemic has left, some of those travel trends might be around to stay. If that's the case, Johnston says it would be a "complete reset of our typical travel peaks and valleys. And we're probably not going to know what that new pattern looks like for several years."

Despite all of the changes, Johnston says MLI is committed to providing a safe experience to all of its travelers.

"We all know, as a network of airports, that we are considered an essential infrastructure. So we have to do whatever we can to mitigate and keep people safe."