Man thrown from motorcycle in State Street crash has been identified

A motorcyclist died after colliding with a compact SUV on State Street in Riverdale, right along the border of Bettendorf. 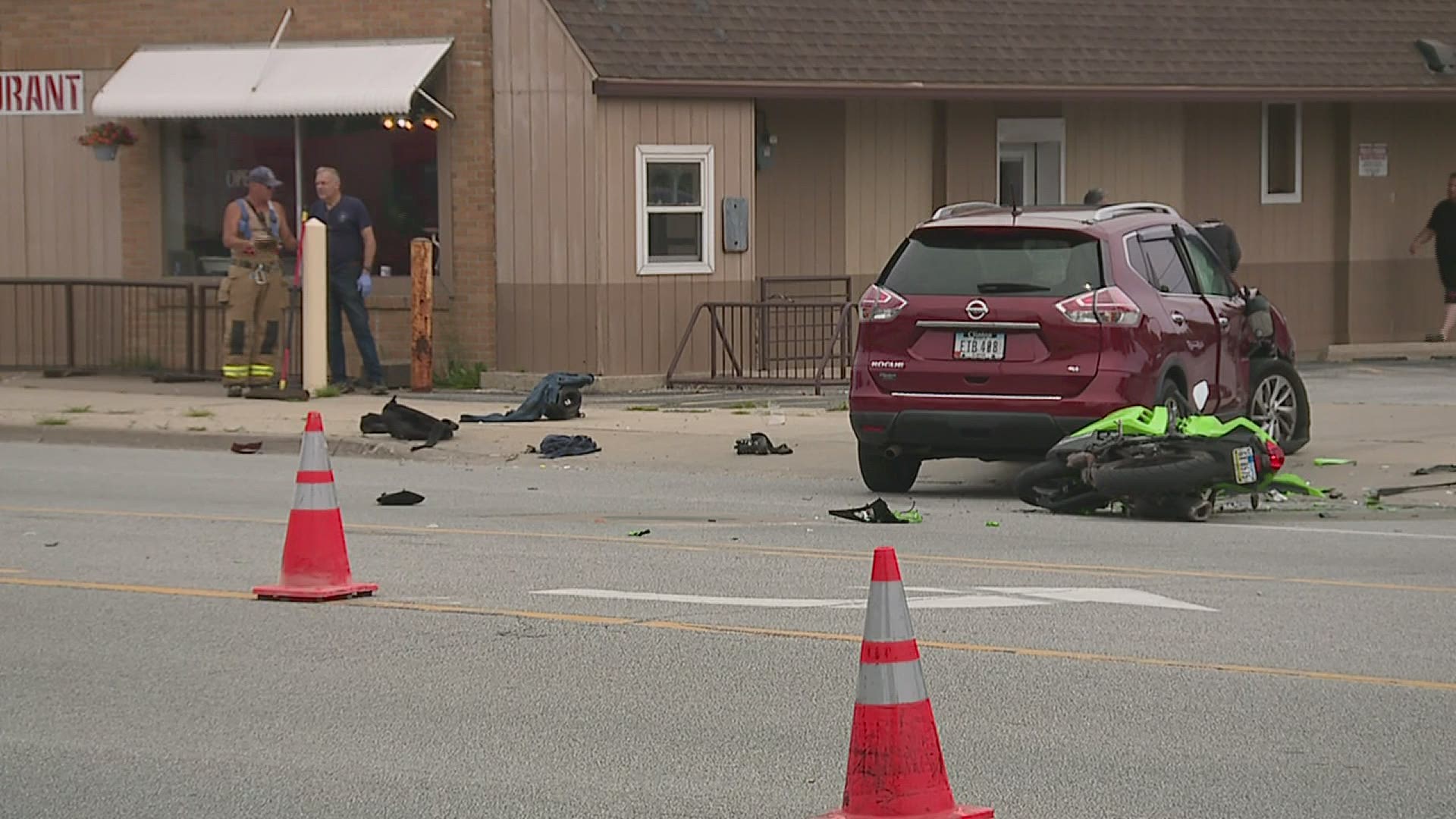 BETTENDORF, Iowa — A motorcyclist died after colliding with a compact SUV on State Street in Riverdale, right along the border of Bettendorf.

According to the Scott County Sheriff's Office, a 47-year-old Clinton woman driving a 2015 Nissan Rogue was facing westbound on State Street. She was stopped, waiting to make a left turn into a parking lot.  When she went to make her turn, it was in front of the motorcycle, which was headed in the opposite direction.

The motorcyclist, 33-year-old Michael Lopez from Davenport, was on a green 2015 Kawasaki EX300, said the sheriff's statement.

Investigators said Lopez was thrown from his motorcycle, and landed on the opposite side of the Nissan.  He was taken to a nearby hospital where he was pronounced dead.

At the scene, investigators were told by witnesses, and saw on traffic cameras, that the motorcyclist was "traveling at a high rate of speed" before the crash happened.  He was wearing his helmet at the time of the crash. There was nobody else on the motorcycle.

Neither the Nissan driver nor the passenger inside were harmed.

The incident remains under investigation.