Tanker hauling flammable liquid catches fire along I-80 near Geneseo

Given the contents, firefighters were concerned about a potential explosion, but were able to get the flames doused in time. 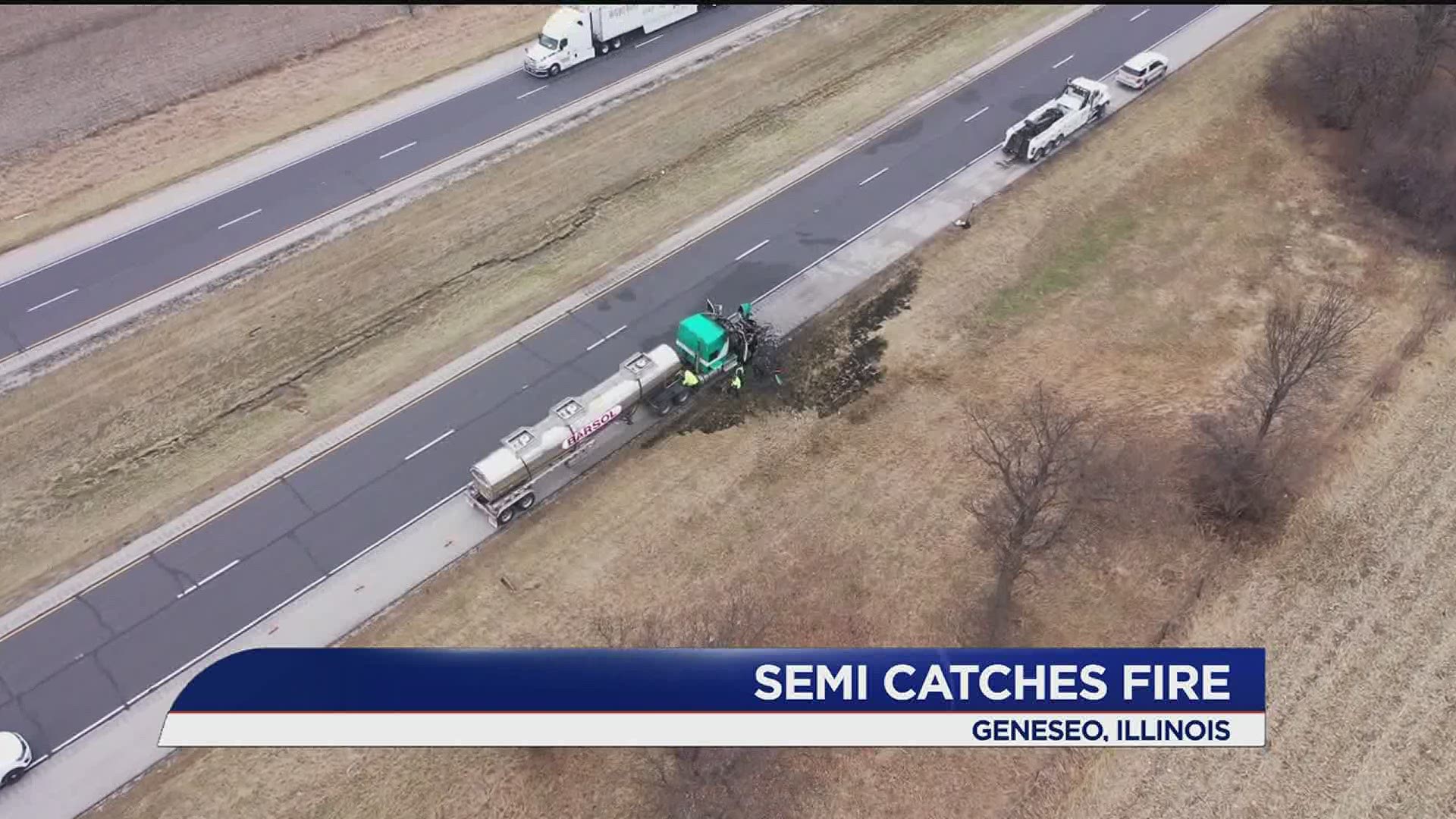 GENESEO, Ill. — A tanker hauling a flammable liquid along Interstate 80 caught on fire, prompting authorities to briefly close the interstate to drivers.

During this time a portion of I-80, between Atkinson and Geneseo, was closed.

The driver was able to get out unharmed.