An semi-truck rollover on I-80 near the Brady Street interchange blocked both lanes of traffic for a time Wednesday afternoon before one lane was opened. 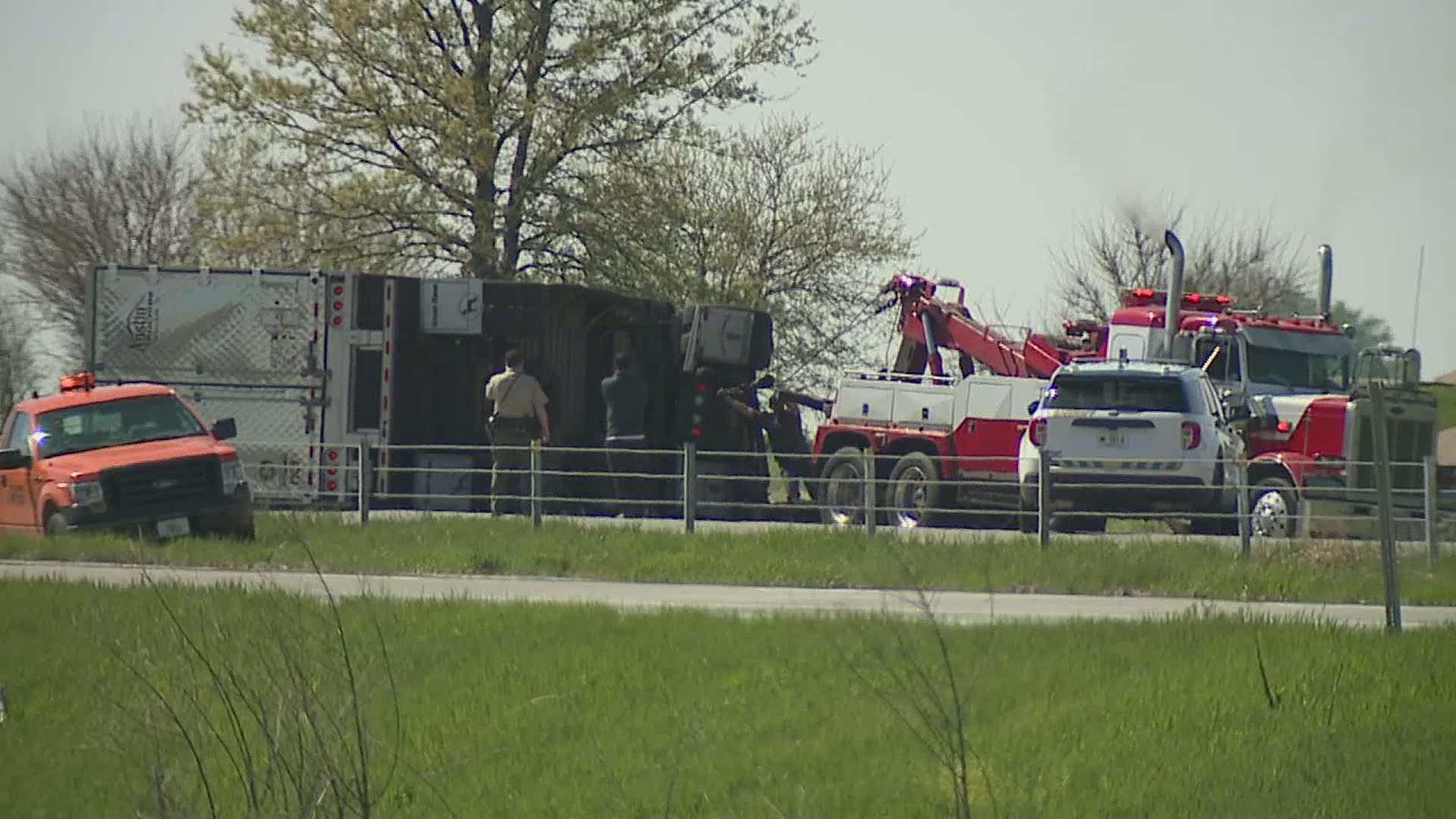 Traffic in one segment of I-80 was blocked, then reduced to one lane after a semi-truck rollover Wednesday afternoon.

Sometime before 2 p.m. on Wednesday, May 5, a semi-truck travelling westbound on Interstate 80 rolled over and crashed near the Brady Street interchange.

The accident blocked both lanes of traffic for some time as crews redirected traffic off of the highway and worked to clear the way.

Credit: Iowa Department of Transportation
The rolled-over semi blocking both lanes of traffic around 2:06 p.m.

Crews were able to clear the road enough to re-open the left lane of traffic while keeping the right lane closed.

Credit: Iowa Department of Transportation
The scene of the accident around 4 p.m. after the left lane of traffic had been opened.

Traffic in the area was greatly slowed for the duration of the closure. The right lane was opened ab

More information about how the accident came to happen has not been released.