Mayor Matson says he's heard from many businesses that the change is a good idea. 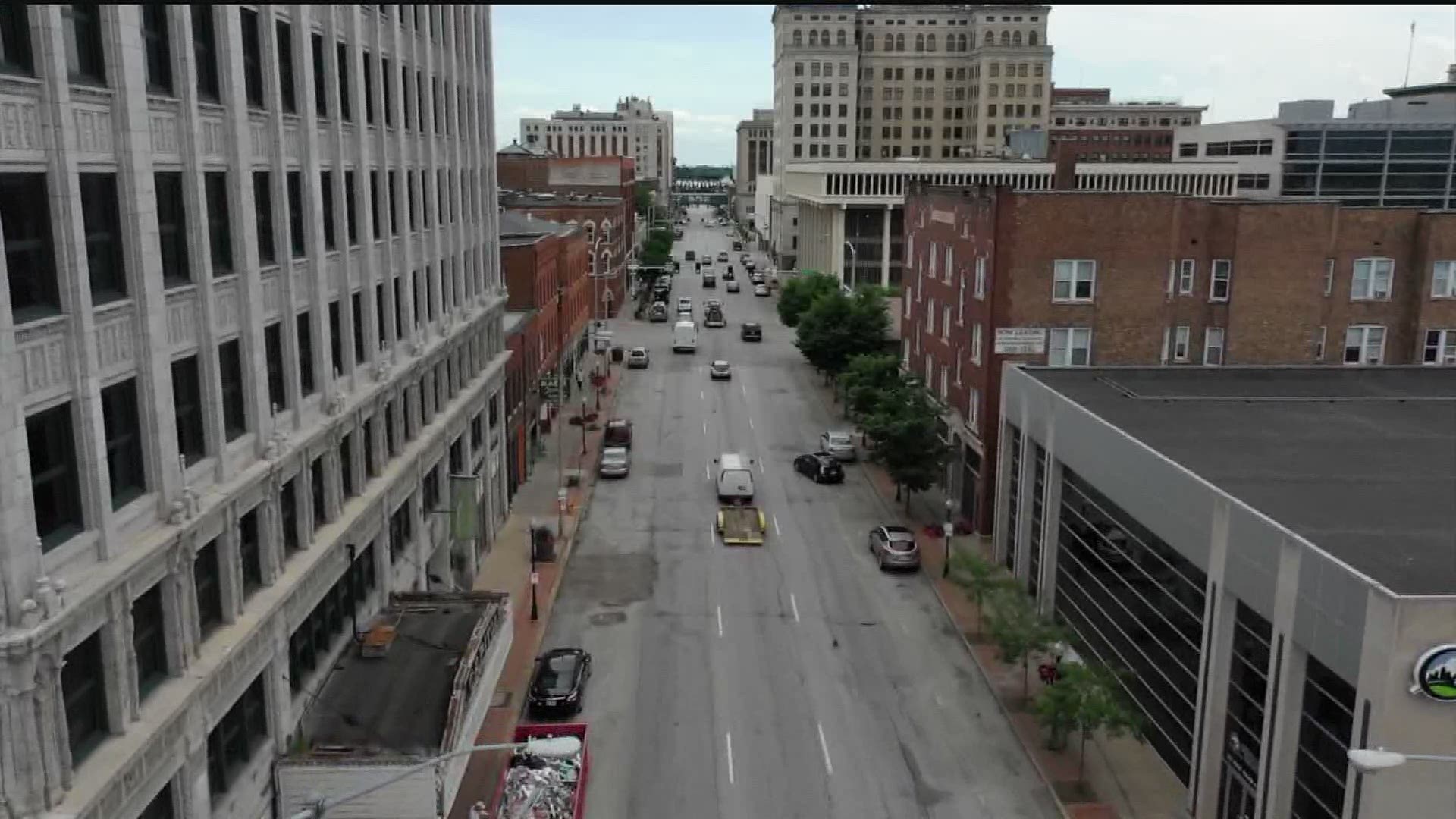 DAVENPORT, Iowa — On the corner of 4th and Main you can find the Davenport Public Library.

Yet, Library Director Amy Groskopf says despite its size, people can hardly see it all.

"Right now people going west on 4th street they really never see the front of the library and if you're going east on 3rd you're half a block away."

Groskopf says this is largely due to the fact that both of those busy streets are one ways.

Davenport Mayor Mike Matson says it might not be that way for much longer.

"We've heard it for a while. The plan could change, it's in the plan, has never been in the plan before so we agreed to put it in there."

For the first time the city has set money aside for this project in their capital improvement program.

Each year the city revisits that plan, adjusting it to fund what projects they see as most necessary for the coming year.

With the project two years out that money could be moved elsewhere if the city decided to do so.

Mayor Matson says, "Anything you want done you need to get it in the budget and then you need to put money to it to fund it."

The projects price tag would come in at about $1 million dollars.

"We know many people downtown want it. I think it would be a good thing. But we want to give our citizens plenty of time to see and talk about it."

Right now the city is working on changes to major roadways as well as residential roads.

"We have many projects going on, on major streets, but we put a lot more on,  I think 41, different projects and neighborhood streets because that's what people are asking us to do."

With downtown Davenport evolving into more of a residential area the mayor sees it as a time for change.

"Over 2000 people call downtown home as their residential place. So the environment has changed and I think we need to change with those times."

For those residents changes shouldn't be expected for a couple more years.

The mayor says that the budget is planned six years out and reevaluated on a yearly basis.

The city is encouraging people from Davenport to voice their opinions on the issue.