Davenport creating roundabout at intersection of 5th, Vine, and Ash

Starting Monday, September 28, construction will begin on replacing the temporary test traffic circle to turn it into the city's second roundabout. 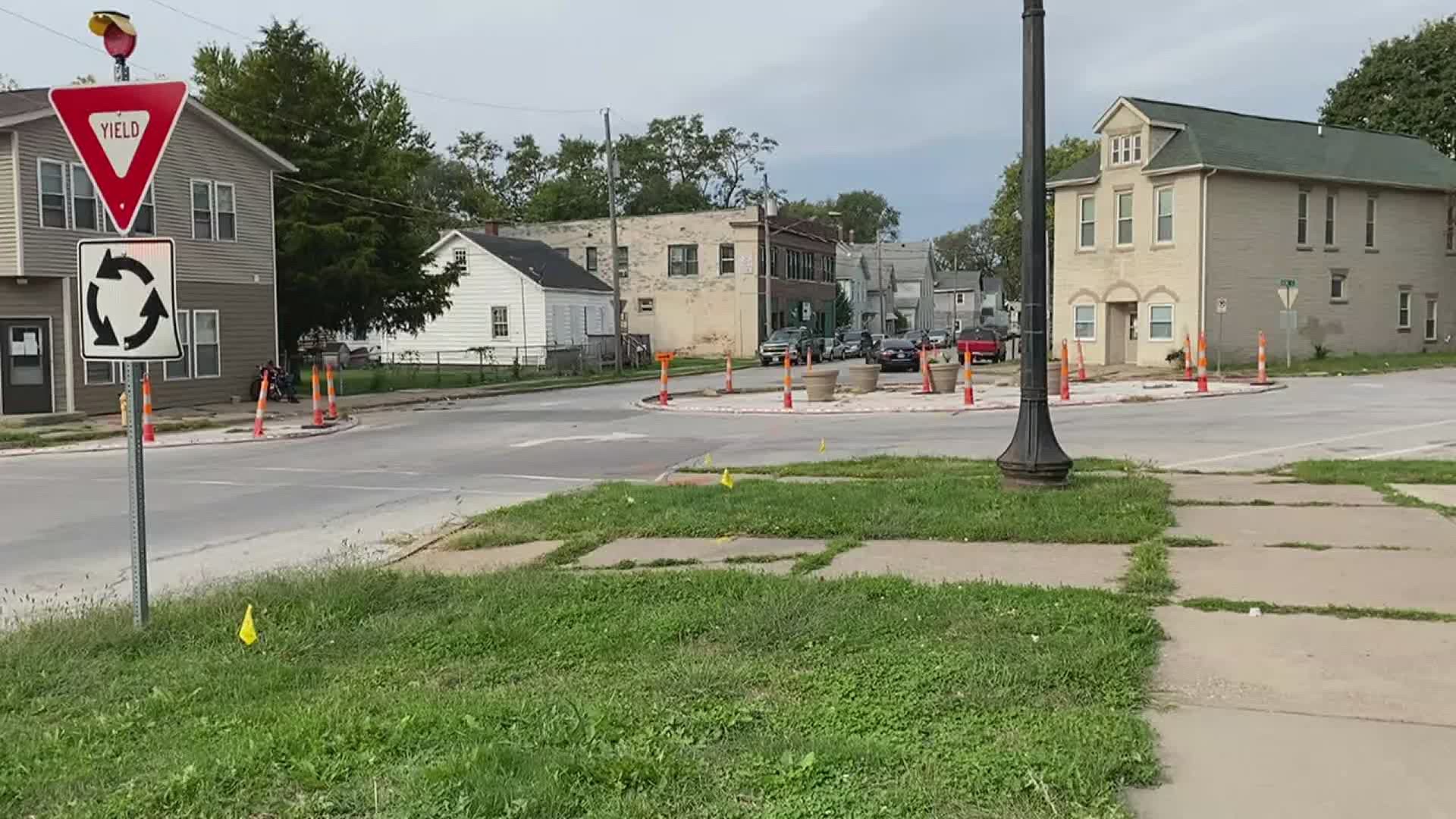 DAVENPORT, Iowa — The City of Davenport is installing a second permanent roundabout, going into effect on Monday, September 28.

The five-point intersection at the convergence of 6th, Vine, and Ash streets had been the site of a temporary test traffic circle, but the City is replacing it with a permanent roundabout following a notable reduction in accidents and near misses, as well as a general reduction in speed.

On September 28, construction on the intersection will begin, requiring traffic re-routes. Construction is expected to be completed by early November.