Work on the northbound side of the bridge will go through August 30, switching to the southbound lane the following week. 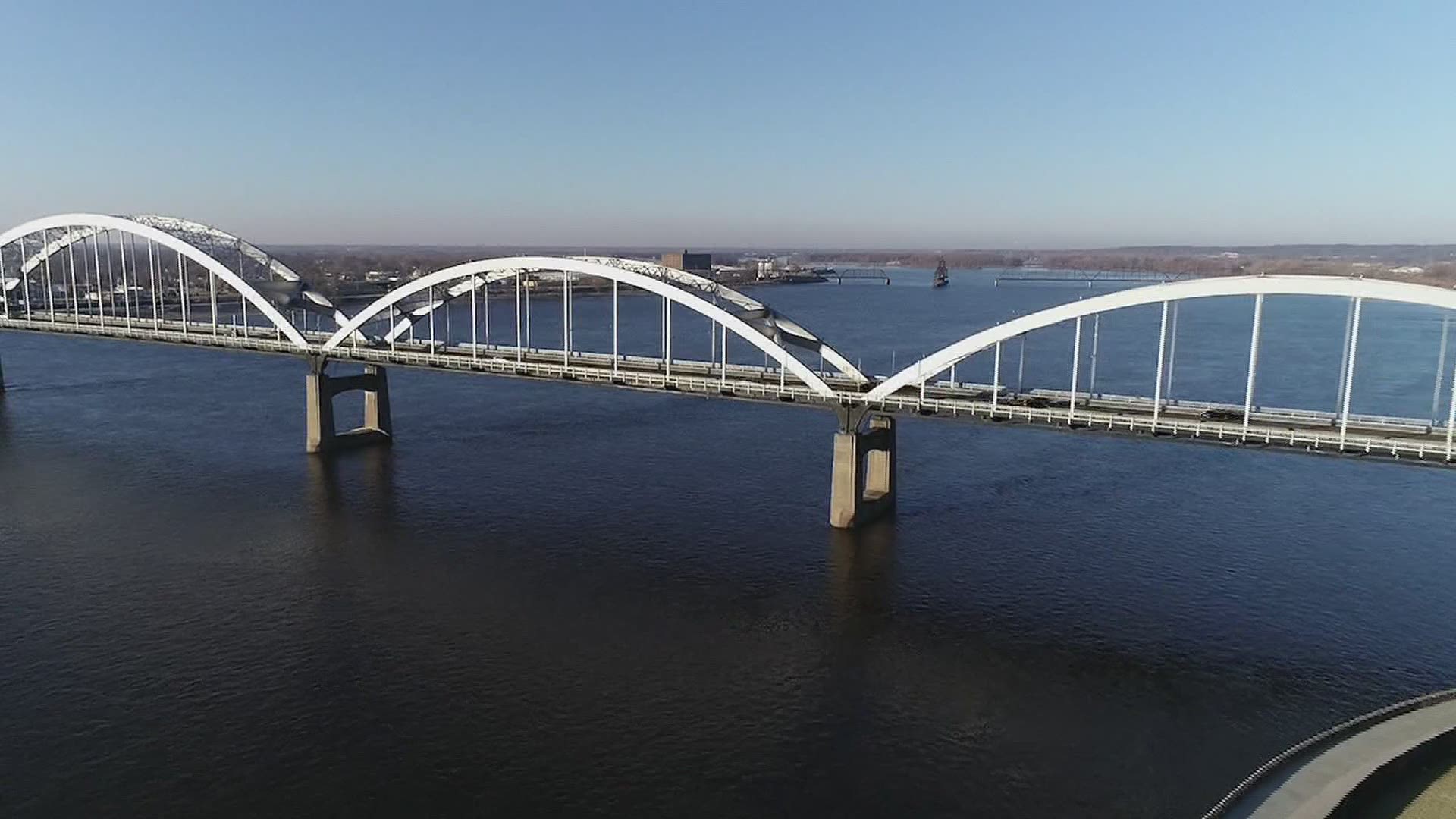 ROCK ISLAND, Ill. — Inspections on the Centennial Bridge will begin on Monday, July 26.

Daily lane closures can be expected from 9 a.m. to 3 p.m. through Friday, August 6 while crews work to determine any structural issues that may need to be fixed.

Work will begin on the northbound side of the bridge heading into Davenport on Monday, July 26 through Friday, July 30. Only the outer lane will be closed.

The following week, August 2 through August 6, work will shift to the southbound outer lane heading into Rock Island.

The Illinois Department of Transportation said people can expect delays and should allow extra time for trips across the Centennial.

They also ask that drivers pay close attention to road conditions in the work zones and be alert for workers and equipment on the bridge.

The inspections are part of the Rebuild Illinois capital program, which plans to invest more than $30 billion into rebuilding the state's infrastructure, including 9 million square feet of bridge deck.

According to the American Road and Transportation Builders Association, Illinois is ranked third in the nation for the highest number of structural deficient bridges. Iowa is ranked first.