Two dead, 3 injured after accident on Highway 61 outside of Long Grove 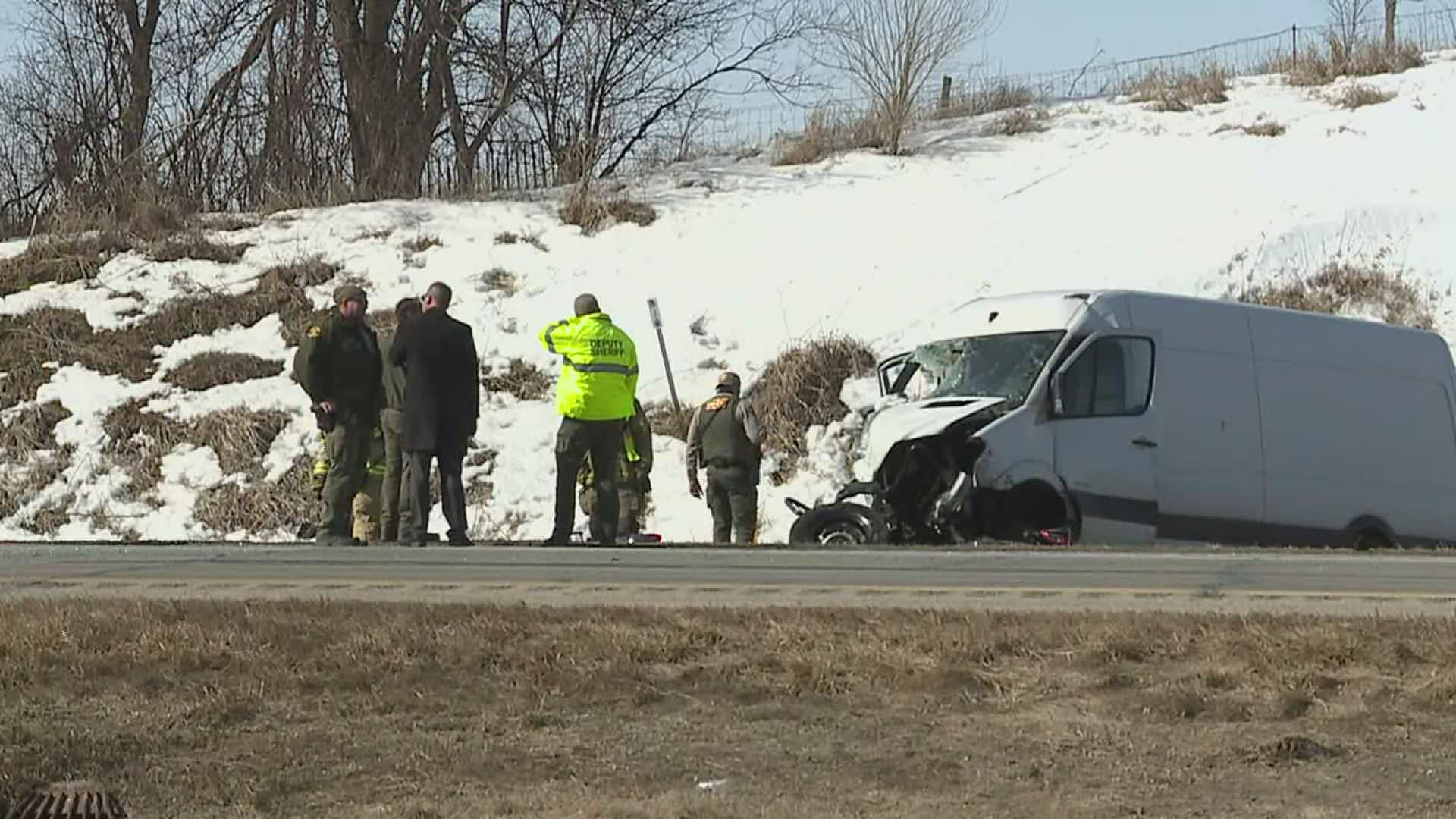 ELDRIDGE, Iowa — Two people are dead and three people are injured after a three-vehicle crash on Highway 61 Tuesday.

According to the Scott County Sheriff's Office, an emergency called was received at about 10:16 a.m. on Tuesday, March 2 reporting a motor vehicle accident just north of the Long Grove exit on Highway 61.

Investigators found that a van, driven by an 18 year old man from Elk River, Minnesota, was travelling northbound when it lost control, barreling into the median and striking two vehicles that were travelling south.

The van first hit a truck, driven by a 59-year-old Clinton, Iowa man, before striking the second vehicle, a sedan, head on. The car was driven by a 49-year-old Maquoketa man and was occupied by two additional passengers; a 45-year-old man and a 19-year old man, both from Maquoketa.

The van's driver was ejected from the seat after the collision. Officials believe that he was not wearing his seatbelt at the time of the crash. He was transported to the hospital in critical condition.