Why fall has a specific smell

Meteorologist Eric Sorensen explains the science behind the "smell" of autumn. 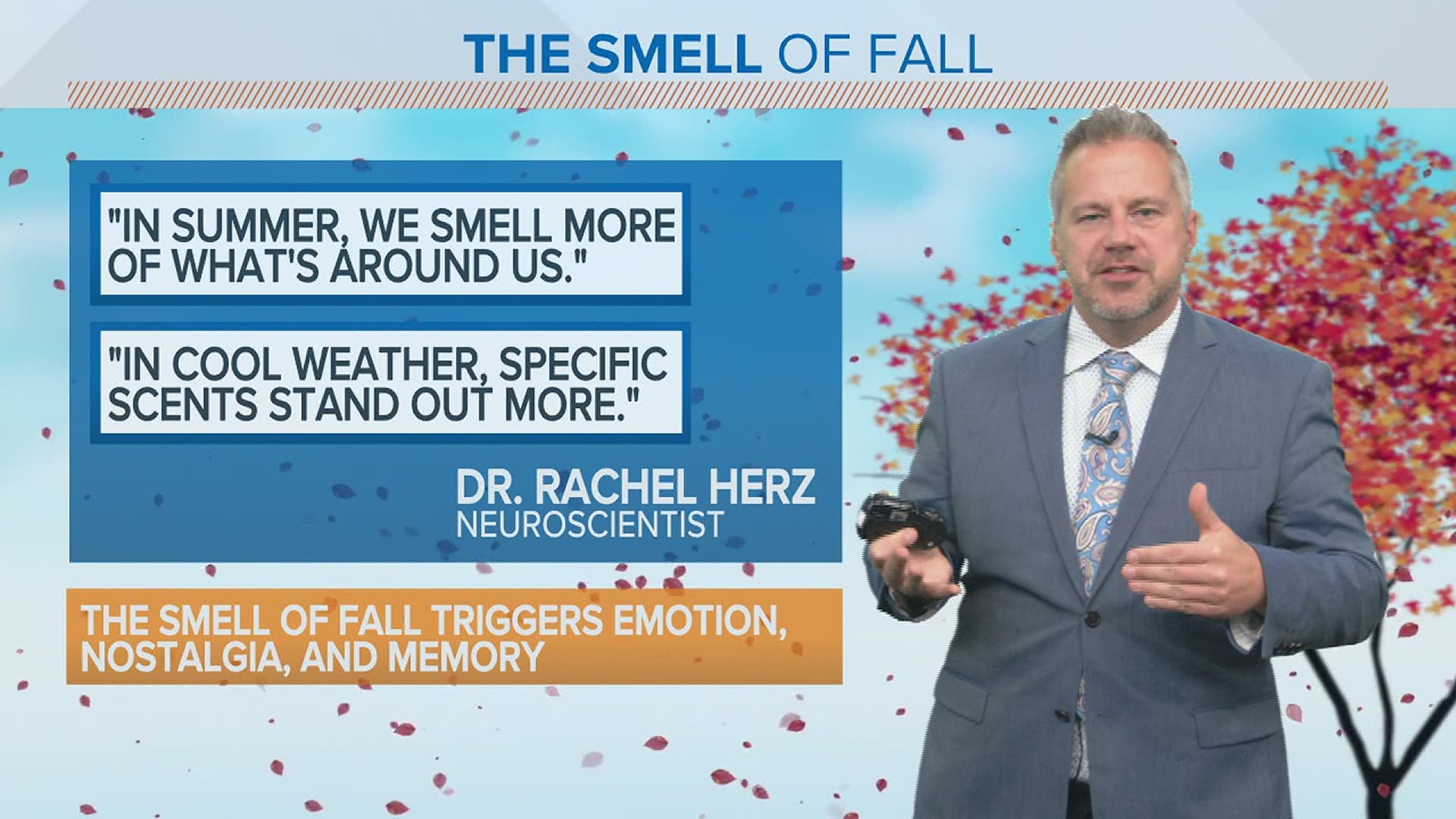 Autumn is one of those distinct smells that almost everyone can link a fond memory to.  For some it's the crisp, cool air outside for others it's what's baking in the oven.

But there's a science to why fall has a smell.

As described by the National Institute of Health, the act of smelling in itself is when something in your environment releases a molecule that then reaches inside your nose, ultimately stimulating your olfactory system.

RELATED: The smell of rain has a name

According to a report by the CBC, more of these molecules are received in the summer because hot and humid air can hold more of them and lets them move fluidly. In cooler, more dry seasons, air molecules are more restricted and smells aren't as fluid, but can be more easily identified.

In the CBC report, neuroscientist Dr. Rachel Herz explained why this happens.

"In summer, we have just more of a mixture of scent and sort of a wide blend of scent... we smell a lot more of everything around us," said Dr. Herz in the report. "When it gets cooler and drier, specific scents tend to stand out more — we're able to kind of pull out the scent of leaves, the scent of bark, the scent of grass in more distinct ways."

Credit: WPMT FOX43
There are three broad types of leaves we see in the Fall.