The Curiosity rover took the photo Nov. 30 from the Gale Crater. 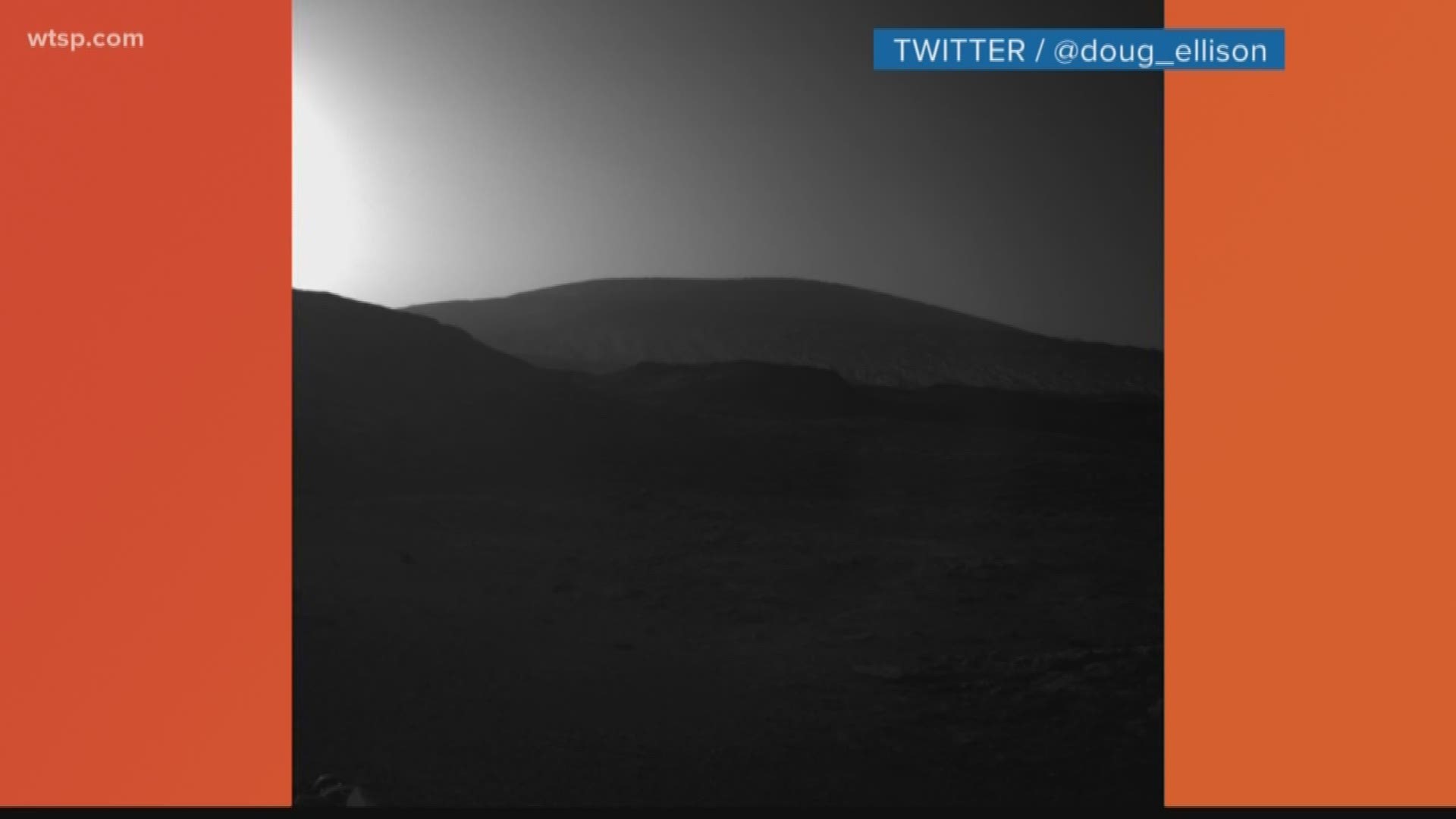 NASA's Curiosity rover just gifted us with a glimpse of a sunrise on a planet far, far away.

The rover snapped a photo of a sunrise on Mars last week from the Gale Crater. Mars photographer Doug Ellison shared the photo on Twitter, saying it was "one of the nicest images I have had the fortune of being asked to take." Ellison says he works with the Curiosity team to make sure the cameras are pointing the right way.

The photo of the planet isn't a dusty red or brown color and doesn't really scream "otherworldly." The shot shows the sun shining into the upper left edge of the frame, just lighting up the dark, barren landscape around the rover.

RELATED: Former NASA scientist: We found life on Mars in the 1970s

CNET said the Gale Crater is Curiosity's home away from home as it's been exploring the planet since landing in 2012.