It's been 90 years since Pluto was discovered. People still debate if it's a planet

The International Astronomical Union took away Pluto's planetary status in 2006. 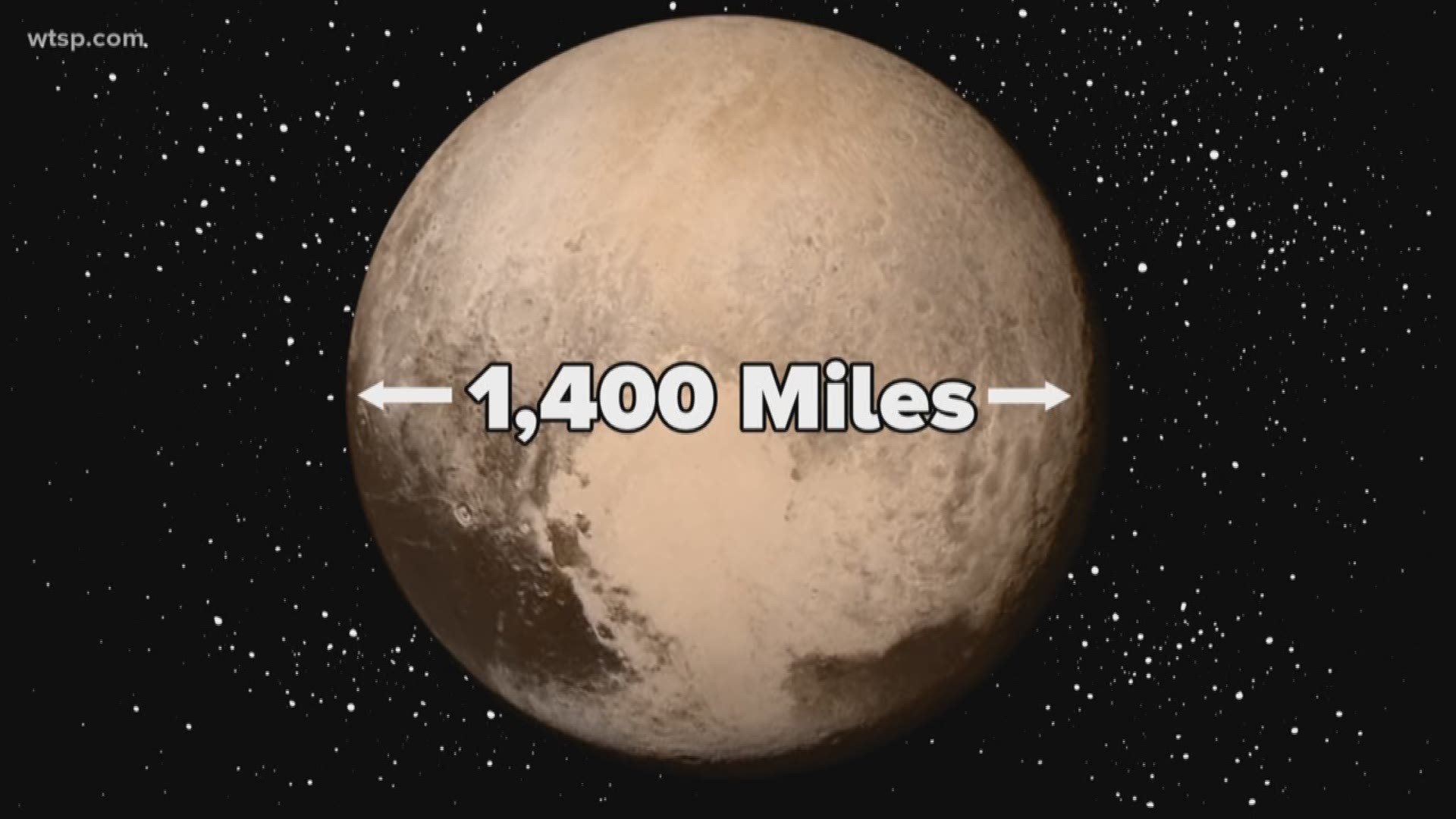 It's more than 3 billion miles from Earth and is only about 1,437 miles wide -- about half the width of the United States.

Pluto was discovered 90 years ago on Feb. 18, 1930, by 24-year-old Clyde Tombaugh. It spent 76 years classified as a planet before being demoted in 2006 to a "dwarf planet" by the International Astronomical Union (IAU).

Cue the outrage from space lovers and those who spent hours trying to memorize the correct order of the planets in our solar system for science class.

This status change all came down to a vote on Aug. 24, 2006, during the meeting of IAU astronomers in Prague. Out of the thousands of astronomers around the world, the vote involved just more than 400 who stayed for the last day of the meeting.

Pluto's planetary status changed because the vote called for redefining what a planet is. Here's what the resolution declared:

Planet: A celestial body that is in orbit around the Sun, has sufficient mass for its own gravity to overcome "rigid body forces" and assumes a "nearly round" shape and has cleared the neighborhood around its orbit.

Dwarf planet: A celestial body that is in orbit around the Sun, has sufficient mass for its own gravity to overcome "rigid body forces" and assumes a "nearly round" shape, has cleared the neighborhood around its orbit and is not a satellite.

"Pluto now falls into the dwarf planet category on account of its size and the fact that it resides within a zone of other similarly-sized objects known as the transneptunian region," the IAU said.

Ceres and Eris were also reclassified as dwarf planets.

Space.com reported on the demotion nearly 14 years ago:

"Pluto is dead," Caltech researcher Mike Brown said in August 2006. "Pluto is not a planet. There are finally, officially, eight planets in the solar system."

Dr. Alan Stern, leader of NASA's New Horizon's mission to Pluto, said he was "embarrassed for astronomy" and that "less than five percent of the world's astronomers voted."

You kind of have to feel bad for Pluto.

It's not massive like Jupiter and it doesn't have pretty rings like Saturn. It's certainly not suitable for life, either. One year on Pluto takes about 248 Earth years and it has about 1/15 the gravity of our home planet.

Scientists believe the temperature on Pluto is about minus 375 degrees Fahrenheit. NASA says that's about 133 degrees colder than the coldest temperature ever recorded in Antarctica.

Nevertheless, some astronomers and space fans persist in giving Pluto the recognition they believe it deserves.

The Lowell Observatory in Flagstaff, Arizona, where Pluto was discovered, continues its I Heart Pluto Festival Tuesday to celebrate the 90th anniversary. Yes, researchers at this observatory still consider Pluto "our frosty ninth planet."

Stern is even expected to be a keynote speaker at the event. And, attendees will get to see the blink comparator that was used to discover Pluto.

In 2015, the New Horizons spacecraft made a historic flyby of Pluto, beaming back the most stunning image of the body yet and prompting people around the world to take a stand on Pluto's status.

Stern was photographed with Bill Nye (the Science Guy) giving a nine-finger salute in a tribute to Pluto as the ninth planet. However, astrophysicist Neil deGrasse Tyson said Pluto is "still a Dwarf Planet -- get over it."

RELATED: NASA: SpaceX Crew Dragon arrives in Florida for first crewed launch from US soil since 2011

Credit: NASA/Johns Hopkins University Applied Physics Laboratory/Southwest Research Institute
This frame from an animation is a dramatic view of the Pluto system is as NASA's New Horizons spacecraft saw it in July 2015.