'No Mow May': How cutting back on mowing the lawn can help the environment

The purpose of the month is to bring awareness to non-native lawns and their impacts on the insect population. 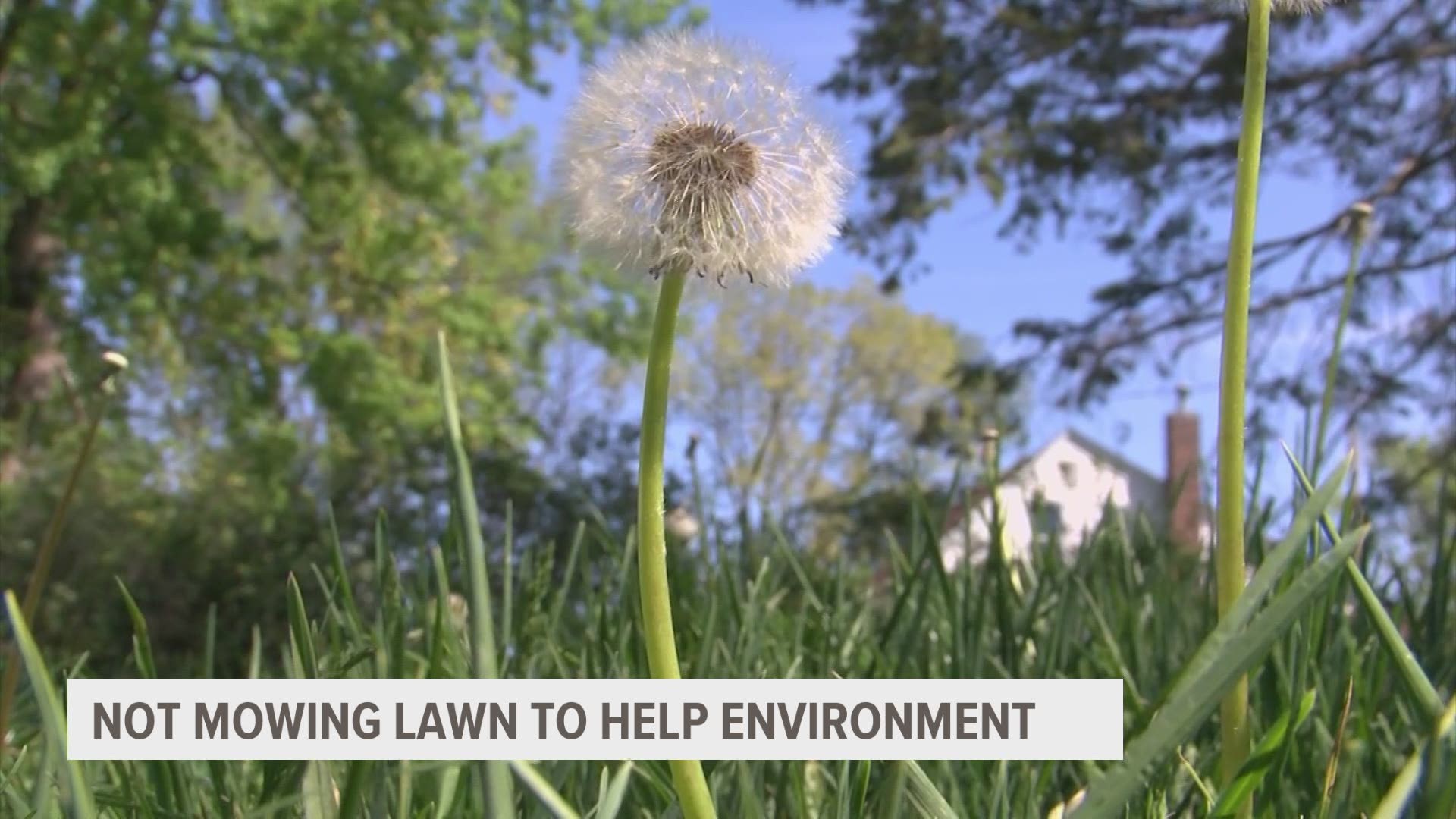 AMES, Iowa — An Iowa State University professor is asking people to consider not mowing their lawns in May to help the environment and various insects.

The initiative is called "No Mow May."

"It's to bring awareness to the non-native lawns that we tend to think are perfect lawns when in fact they're not," said, Ginny Mitchell, an Entomologist and Insect Zoo Education Program Coordinator at ISU. "They contribute nothing to our environment whatsoever."

Opting out of cutting your grass for the month is to also bring awareness to the Ames Insect Initiative started by Avery Wickham.

"No Mow May" is also helpful to show how important insects are to the environment and discuss their food sources, which does not include the grass most people have in their yards.

"Insects need pollen they need nectar and grass," Mitchell said. "While it does produce pollen, the insects don't collect it because it's wind-pollinated. So no food source at all."

According to a study in Science Magazine, some insect species are declining at roughly 9% per decade.

In addition to not cutting the grass for the month of May, Mitchell noted some homeowners could convert part of their lawns.

"We're asking people to take a small portion of their lawn and just convert it into a more native habitat: plant native plants like coneflowers, milkweeds and goldenrod," she said. "All sorts of beautiful flowers that are native to Iowa."

Mitchell said around two dozen people have signed up to participate. To find out more information, click here.

If an individual is concerned about participating and getting cited for a grass that is too high: