Built in 1914, Wrigley Field has been home to the Chicago Cubs for more than a century and also spent decades as a playing field for the Chicago Bears. 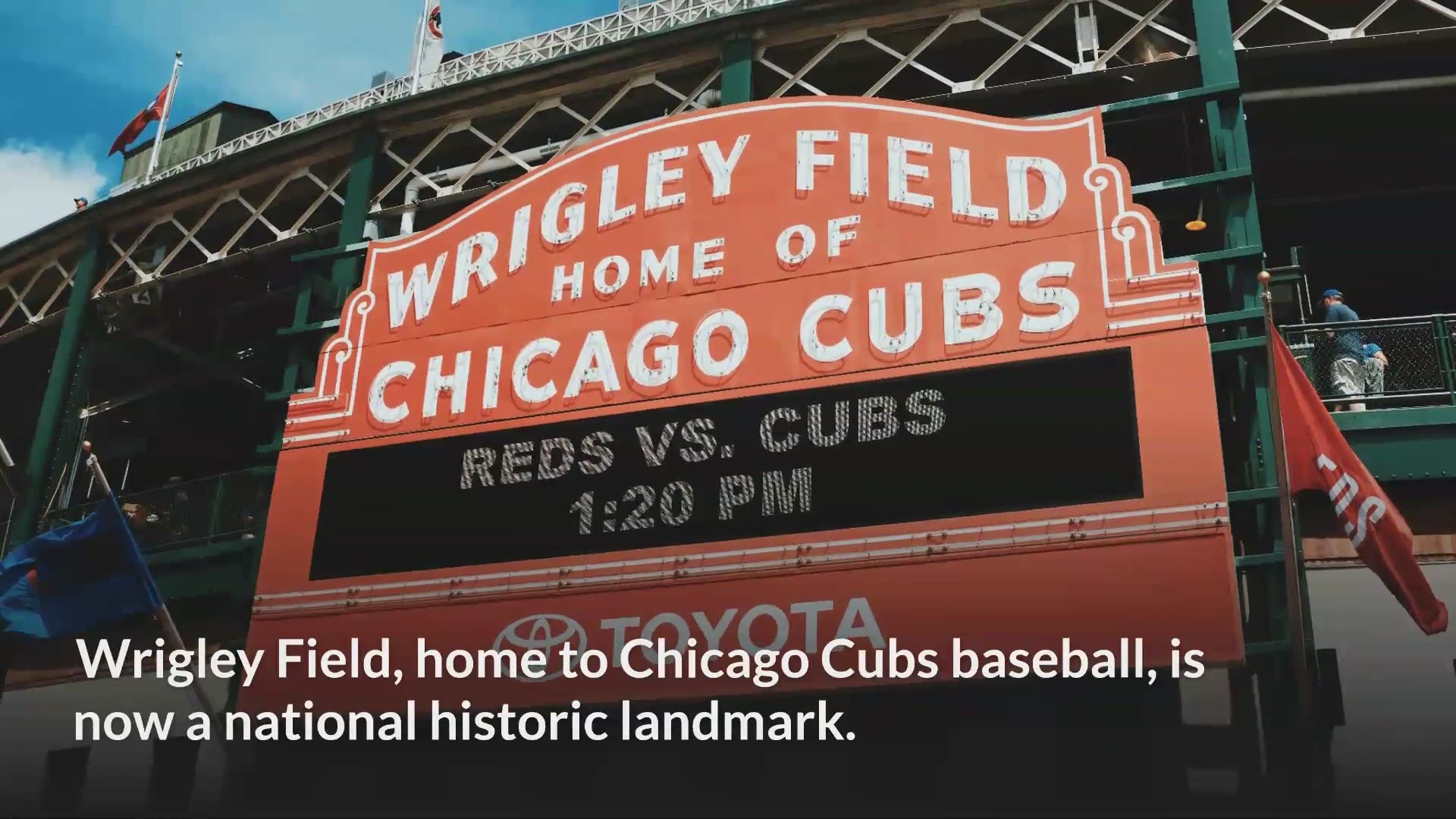 CHICAGO — Wrigley Field, home to Chicago Cubs baseball, is now a national historic landmark.  The designation was made Tuesday, November 17 by U.S. Secretary of the Interior David L. Bernhardt.

"Wrigley Field is a property of exceptional national significance in the history of American sports," reads the proclamation. "Wrigley Field retains a high degree of material integrity due to its continuous use as a sports venue and as a result of recent historically appropriate rehabilitations."

The ballfield has been standing since 1914 and became home to the Cubs in 1916.  It's the oldest standing National League ballpark and second-oldest Major League ballpark.

The field also spent decades as a home to the Chicago Bears' football team, from 1921 to 1970.

Wrigley Field has been designated as a National Historic Landmark, affirming its significance to the city of Chicago, professional sports and American history and culture.

A Hall of Fame recognition that will preserve the Friendly Confines for generations of fans to come. pic.twitter.com/6AD5MUtLNF

Some of baseball's most famous moments have taken place at Wrigley Field. Some of those include Babe Ruth's "Called Shot" play during the 1932 World Series and baseball's only "Double No-Hitter" in 1917.

There are around 2,600 National Historic Landmarks across the country.