Soccer is taking center stage in our area, as players and fans of all ages follow World Cup action from Brazil. 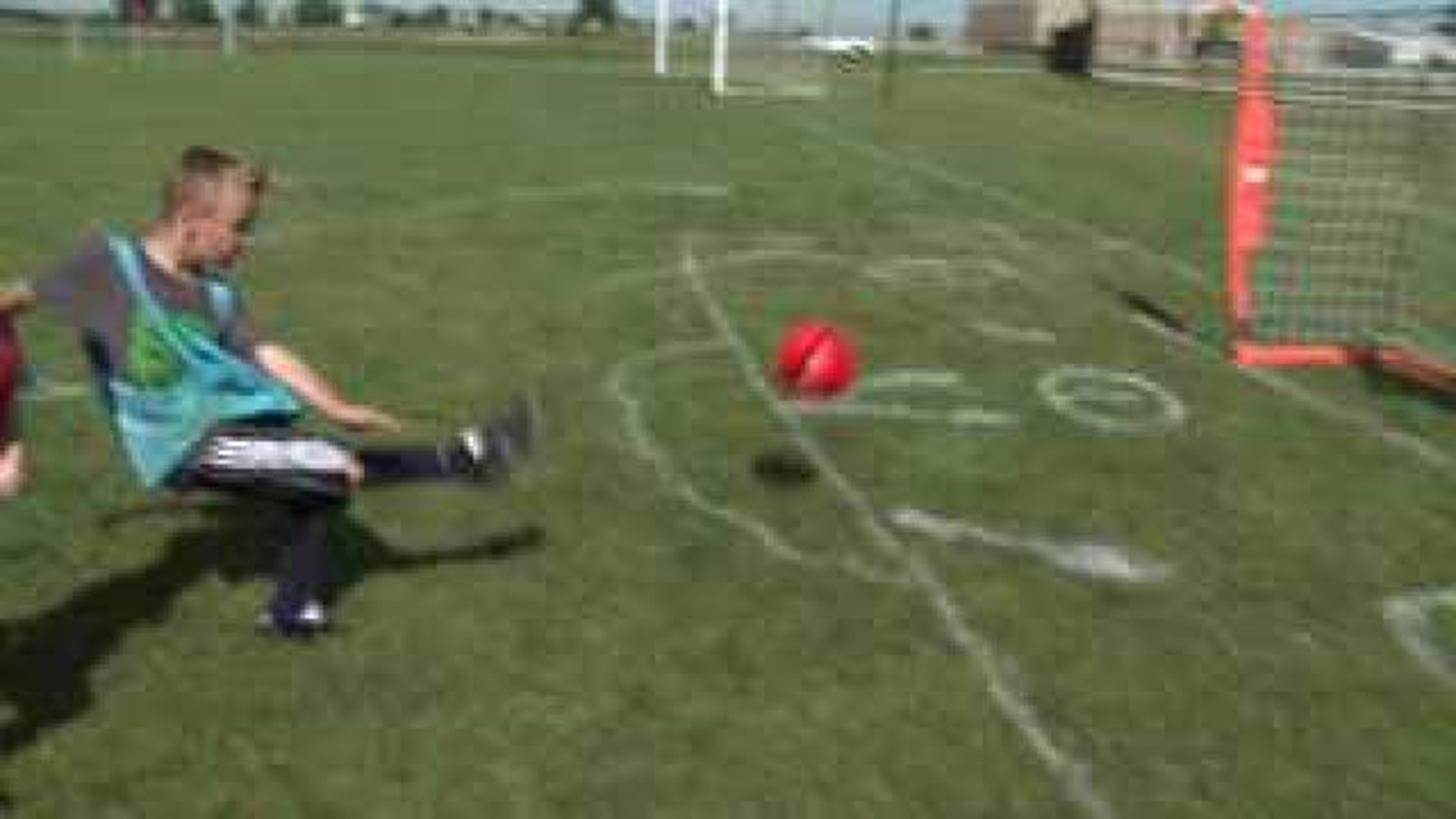 That's helping to inspire a group of Galesburg kids, even though they're far away from the bright lights and big stadium in Brazil.

This camp has all the excitement of the World Cup on Thursday.

But these games are played out in pint-sized proportions.

Knox County YMCA and Carl Sandburg College are teaming up for this premiere soccer camp.

Youngsters learn the basics from Pesce. The former Argentine pro player brings his passion for the game to a fun environment.

"My goal is to teach them this is a team game," he said. "They have to pass the ball. They have to share the ball."

"I have Mexico, Italia, Argentina," said Nathaniel Dion, 7. "And Brazil."

They play their own World Cup of sorts after practice.

There's great exercise to go along with the goals, both on and off the field.

"They're getting a lot of different things out of the camp," said Justin Inskeep, associate executive director of Knox County YMCA. "It's not just kicking the ball around."

Those World Cup dreams could become a reality one day. For now, it's just a thought to kick around."

Kids take that World Cup enthusiasm and bring it to the field.

"It's fun to watch your favorite teams," Burford concluded.

And from this Galesburg soccer field, scoring a goal for the World Cup.