"We would be there right now": Alleman freshman's soccer trip to Germany canceled

She was supposed to play on a U.S. national team this month in Germany until COVID-19 forced the team to put the trip on hold. 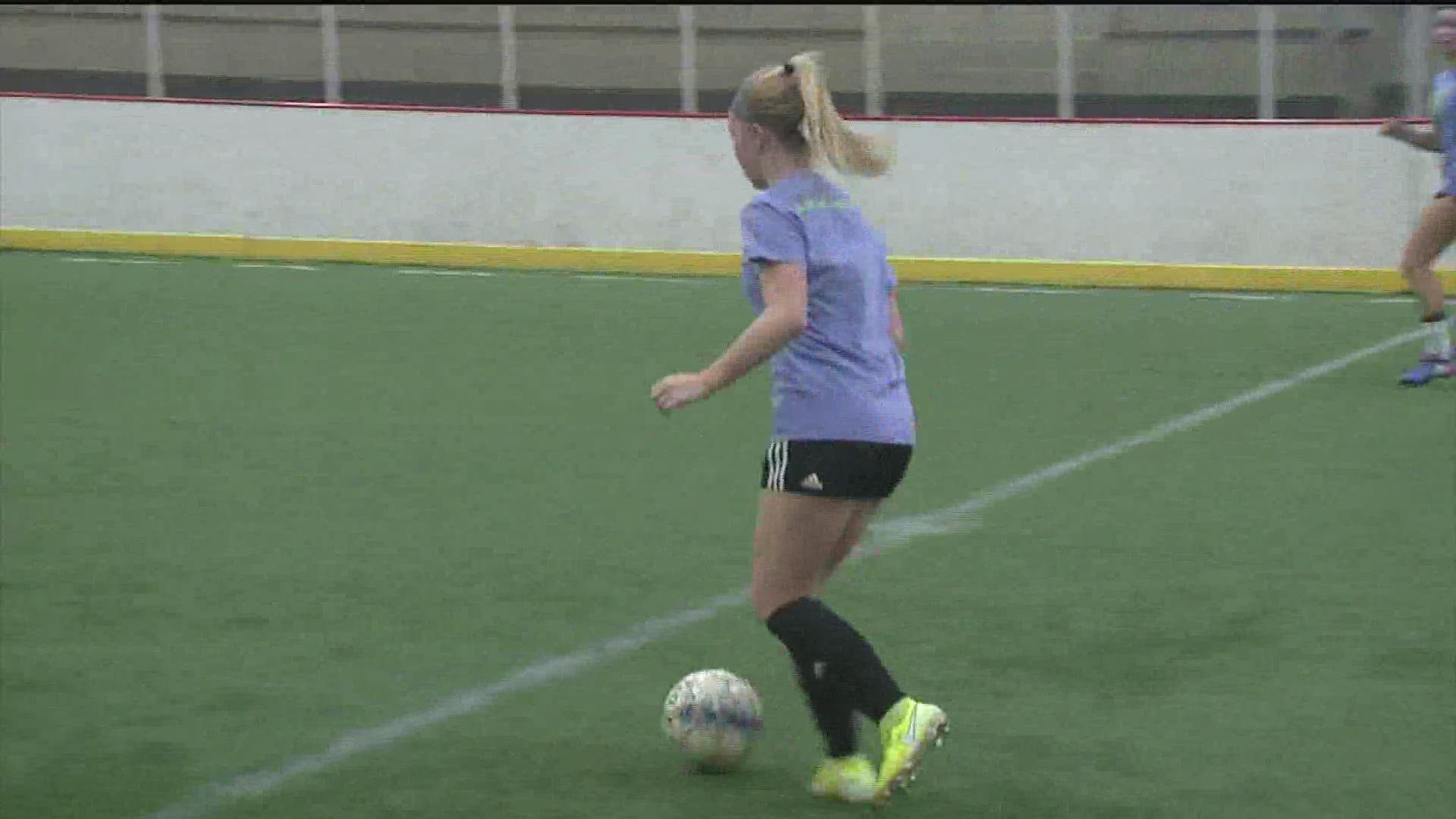 ROCK ISLAND, Ill. — Kiersten Bailey may be just freshman at Alleman, but she's already a force to be reckoned with on the pitch.

"For me, I've been looking forward to [the season] for years." said Bailey.

She was looking forward to playing in her first high school match when that anticipation quickly turned to disappointment when the IHSA put a halt to spring sports, like soccer.

"At the end of practice our coach told us," said Bailey. "It's just fall after fall."

Bailey feels for the many seniors who had one last chance to play.

"It's heartbreaking to watch all of these athletes who have been working for their sport for years at a time," said Bailey. "But you can`t do anything about it."

For Bailey, it hurts twice as hard.

She had been selected to represent the United States by playing on a national team in Germany in March until that trip was postponed. She earned one of 16 spots through her club team, QC Rush, to be on the Rush Select National Team.

Bailey and her family found out just two days before they should've been traveling to Dusseldorf, Germany. While it doesn't quite feel real, Bailey said it's for the best -- and for their health.

Even with the news, Bailey and her teammates at Alleman know they have to stay game-ready, hoping the high school season can get rolling soon.

"We really have to rely on ourselves to go to the gym and stay in shape and we've got each other's backs." said Bailey.

Bailey said Rush Select hopes to reschedule the trip but no concrete plans have been made yet.