They may differ in position on the court but off it, these sisters are closer than ever. 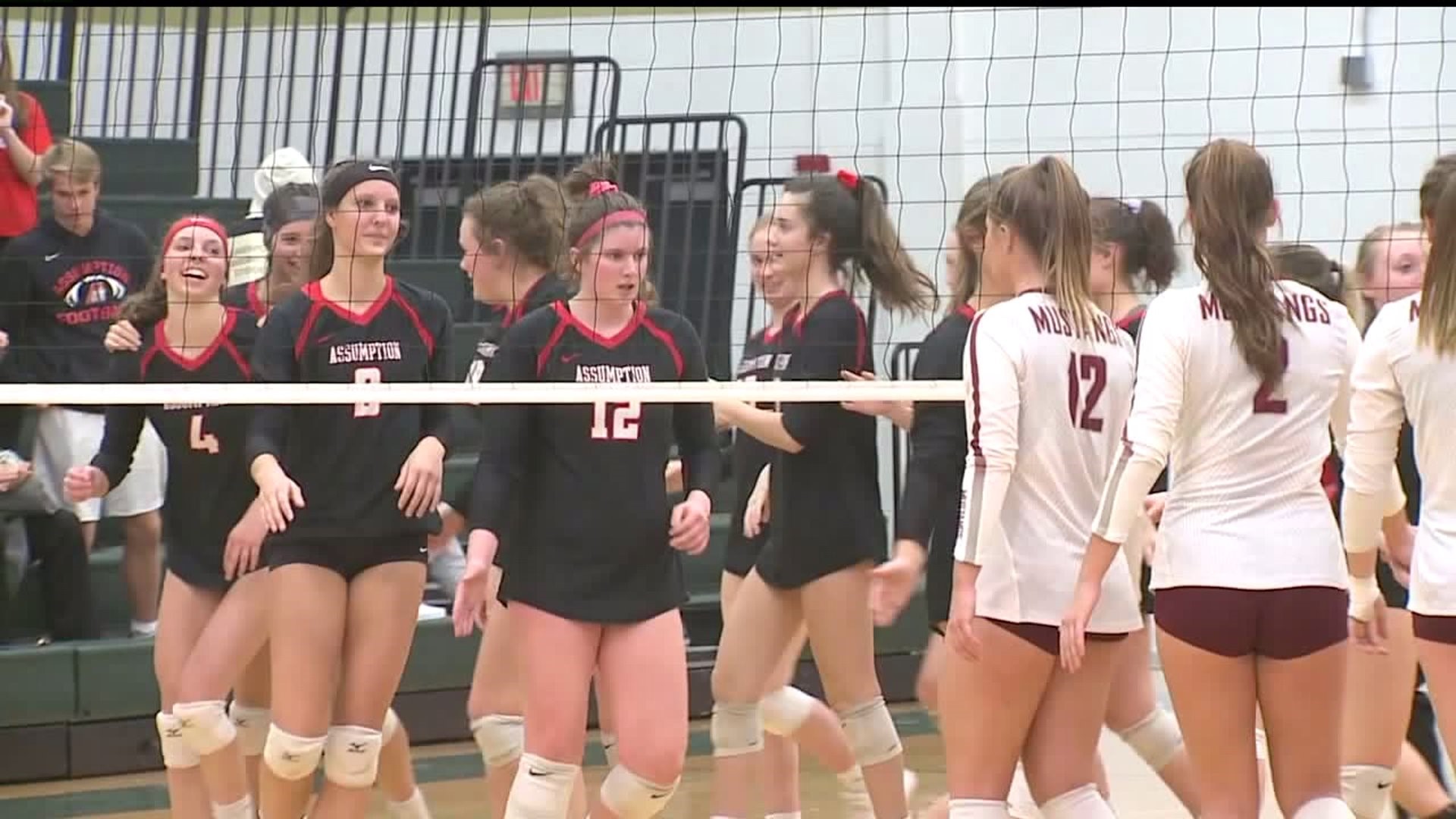 DAVENPORT, Iowa -- From the unstoppable kills, to the brick wall blocks, it's easy to see why the Assumption Lady Knights made it back to the state tournament.

"We have a lot of volleyball IQ on the team and I think that'll help us take major steps at state," said junior Emma Schubert.

The Lady Knights racked up 32 wins in the regular season and three more would've brought them a state title.

"We all really want it. We're all striving towards the same goal," said Emma.

The team fell in the quarterfinals, but two players who made sure they got there are the Schubert sisters, A.J, a freshman, and Emma, a junior.

"I started playing when I was 8. She started playing on my team when she was 6. So there's never really been a time that we really haven't been on the same team," said Emma.

From club ball, to high school, volleyball is just part of the Schubert's DNA and what makes them so close.

"I always look up to her. She's my mentor and helps me get better at everything through volleyball," said A.J.

The younger Schubert, A.J, is putting up some impressive numbers in her freshman season. She leads the team with about 300 kills. And don't forget about MAC Volleyball Player of the Year.

“It’s super hard to come in as a freshman and start and play six rotations. I think she’s done a really good job of stepping into her role. And exceeding our expectations," said Emma.

Emma isn't far behind. She's got nearly 250 kills herself.

“Seeing her excel it just makes my heart glow because it’s crazy that she can do such amazing things," said A.J.

They may differ in position on the court but these sisters are closer than ever.

“We really help each other and I think we really compliment each other on the court," said Emma.