Two Wise Men: No days off for North's Wiseman brothers

Both Dominic and Quincy Wiseman are attracting top college programs and it's a real possibility they could share the field in the college ranks. 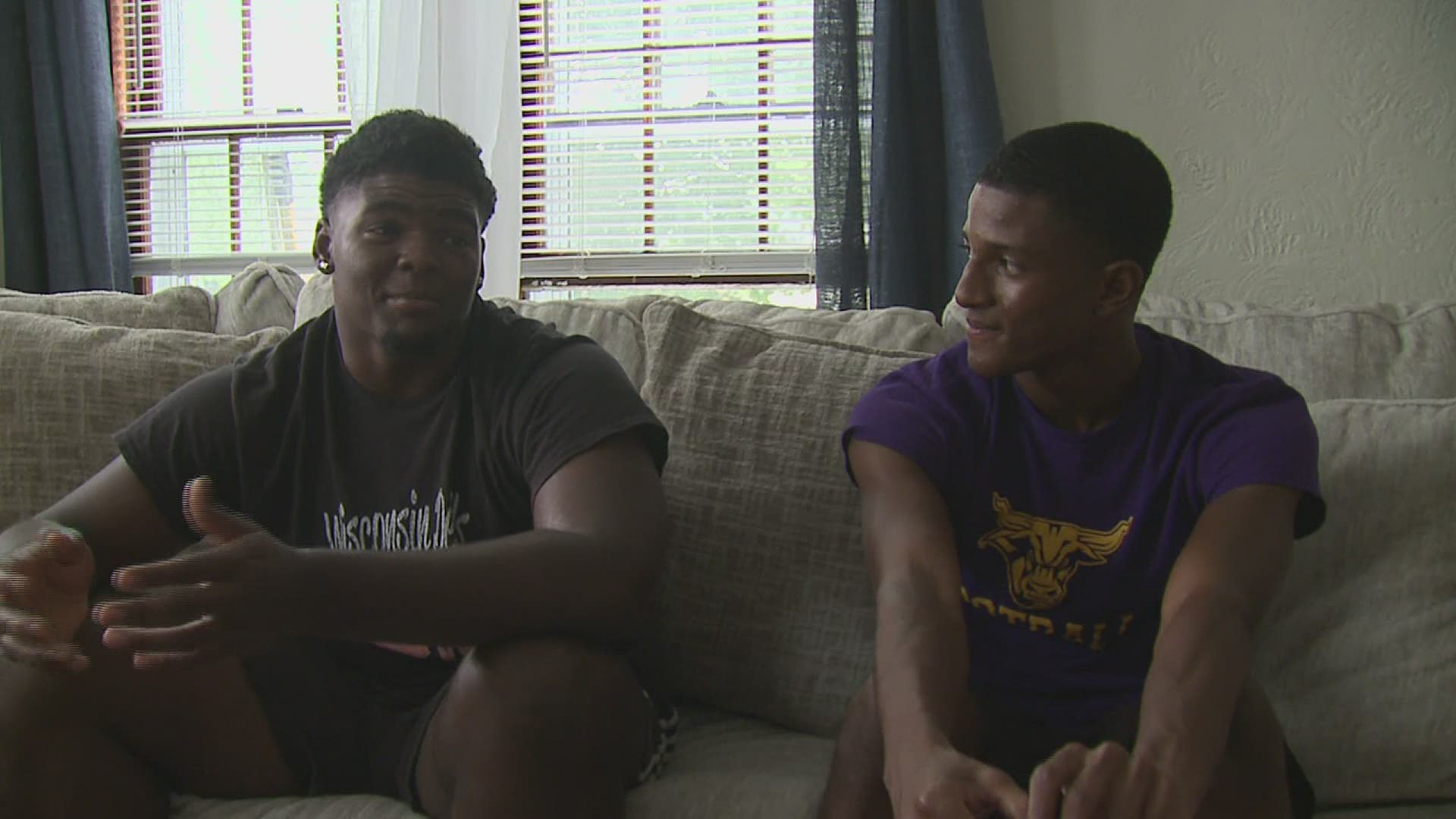 DAVENPORT, Iowa — Not even 24 hours after a Davenport North football game on Friday, Dominic and Quincy Wiseman are already busy preparing for their next.

"First thing I do is check to see if film is posted," said Quincy, a senior. "I just like to watch it."

Play by play, Dominic, a lineman, and Quincy, a wide receiver and safety, spend their Saturdays finetuning their skill whether they win or lose the night before.

"Coach Hite always says you have until 10 a.m. the next day to get it out of your system," said Quincy. "It's never as good as it seems, never as bad as it seems so it's on to the next one."

Dominic always looks for ways to turn each play into points on the board: "I'll look at the film and go, 'Q, look at this play. You made a good catch. If you made just one more person miss that would've been a touchdown.'," said Dominic.

They both are skilled athletes and have been since starting in youth sports several years ago. Dominic remembers this well.

TWO WISE MEN: @dominicwiseman1 & @WisemanQuincy are quite the duo for @DNorthFootball and even more fun off the field. Not even 24 hrs after a Friday night game, they're already up preparing for the next. Big things ahead! @WCNation @TheStrengthU
STORY: https://t.co/xhgw5f3BYT pic.twitter.com/MvLIZqDu4s

Spotlight or not, they're brothers, separated by just one year, and best friends first.

"It's crazy but I always knew it," said Quincy. "Dom was always special. He has a crazy work ethic and he always strives to be great."

But like any siblings, their competitive spirit keeps each other on their toes.

"He says he's a better athlete but it's like, 'You can't be a good athlete if I'm not blocking for you,'" said Dominic.

They even put a weight room in Dominic's room when the pandemic hit so they didn't miss a beat.

"I can wake up, and I have no excuse," said Dominic. "I have the weight room and can hit it everyday."

There's no jealousy or envy between these two. Both Quincy and Dominic are attracting top Division I college football programs.

"What's the possibility we both are on TV at the same time?" said Dominic. "We can do a celebration in college in the end zone together if you score."

It's a real possibility they could share the field again. There is some overlap in the programs looking at them. But with Quincy months away from graduating and beginning his next chapter, they both are savoring the moments they still have left in high school

"It's definitely gonna be different not being able to turn around and be like, 'You got me?'" said Dominic.