They've been going to the Cubs' home opener for more than a decade. With that postponed, they brought a piece of Wrigley to Davenport. 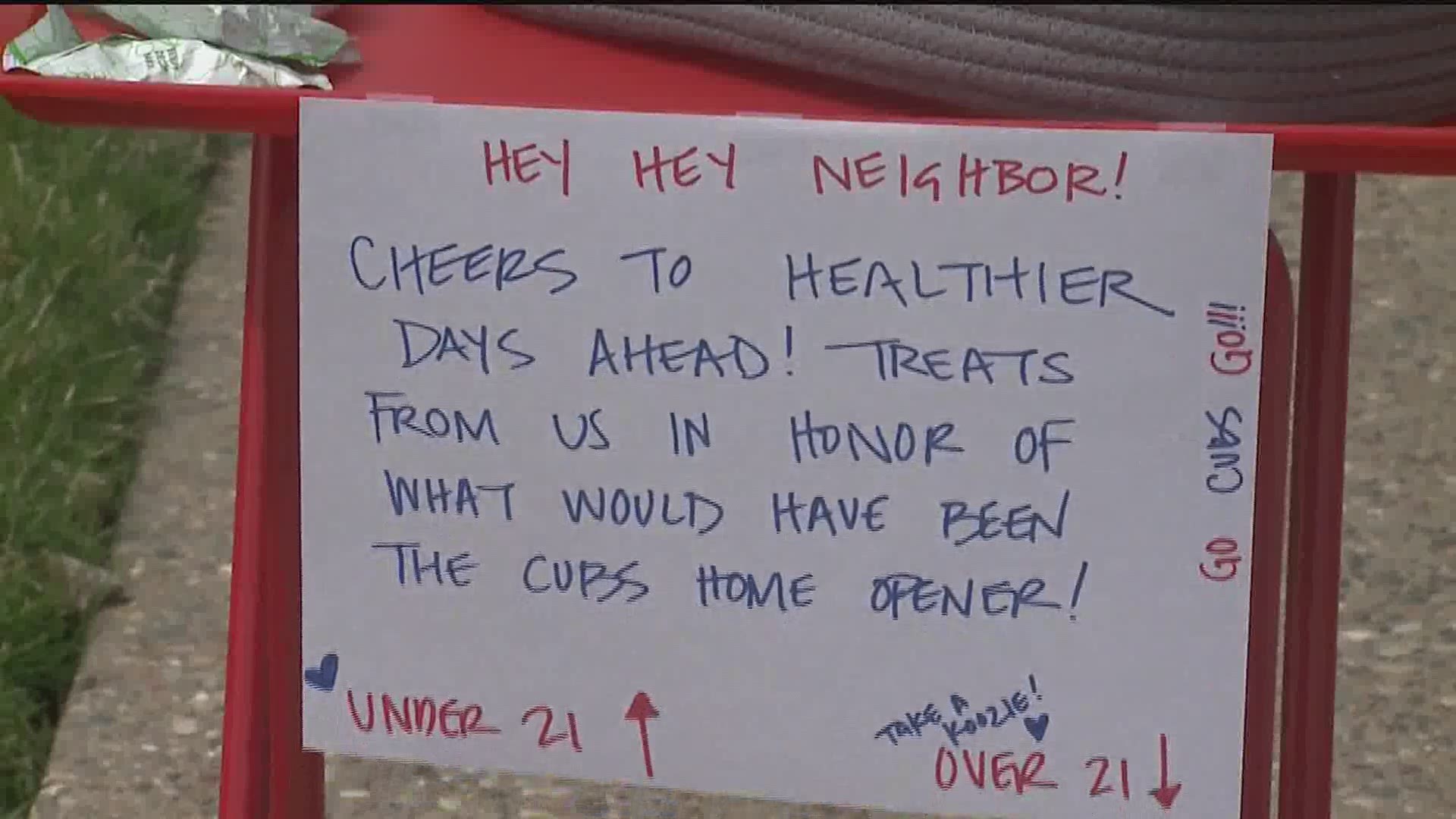 DAVENPORT, Iowa — Teams change. Coaches and players come and go. But the game of baseball, a 108-year drought ending, and true fans never will.

"We usually go to four or five games a year depending on the weather and our schedules if we have the time," said Jordan Maus. He and his wife Fran are huge Cubs fans. "We make it a priority, that's for sure." said Fran.

Fran and Jordan have been together since middle school

"She wasn't a baseball fan growing up but I always was," said Jordan. "The Cubs were always my team."

As time went on, the Cubs became their team.

"I remember it was cold and we were in the bleachers and we had so much fun and have been trying to go to as many games ever since." said Fran of their first game at Wrigley Field together.

It should come as no surprise that their front door happens to be Cubs blue, or that the Maus's even have a room in their home dedicated to the team.

"Every year, we kept thinking something good was gonna happen," said Jordan. "And eventually something did."

Not much can stop these fans from getting their fix, traveling near and far to see them play.

San Francisco, too. But the trip they look forward to the most is to Wrigleyville for the Cubs' home opener.

"We made the best of it," said Fran. "We had fun at home. We still wanted to show our support for the Cubs even though we couldn't be there."

So they brought a bit of Wrigley to Davenport.

"We made hot dogs and drank beer," said Fran. "We set out something for people who passed by to grab a beer and a coozie on us. We played catch. We made blue margaritas."

"Just various things you can get at Wrigley while watching the game." said Jordan.

There was no game to watch, but when there is Fran and Jordan plan on making their 12th consecutive pilgrimage to the North Side.

"We'll still go when they have the home opener," said Fran. "We just don't know when that'll be."