It was an energetic scene on Tuesday as SFA introduced Colby Carthel as the 20th head coach in school history. 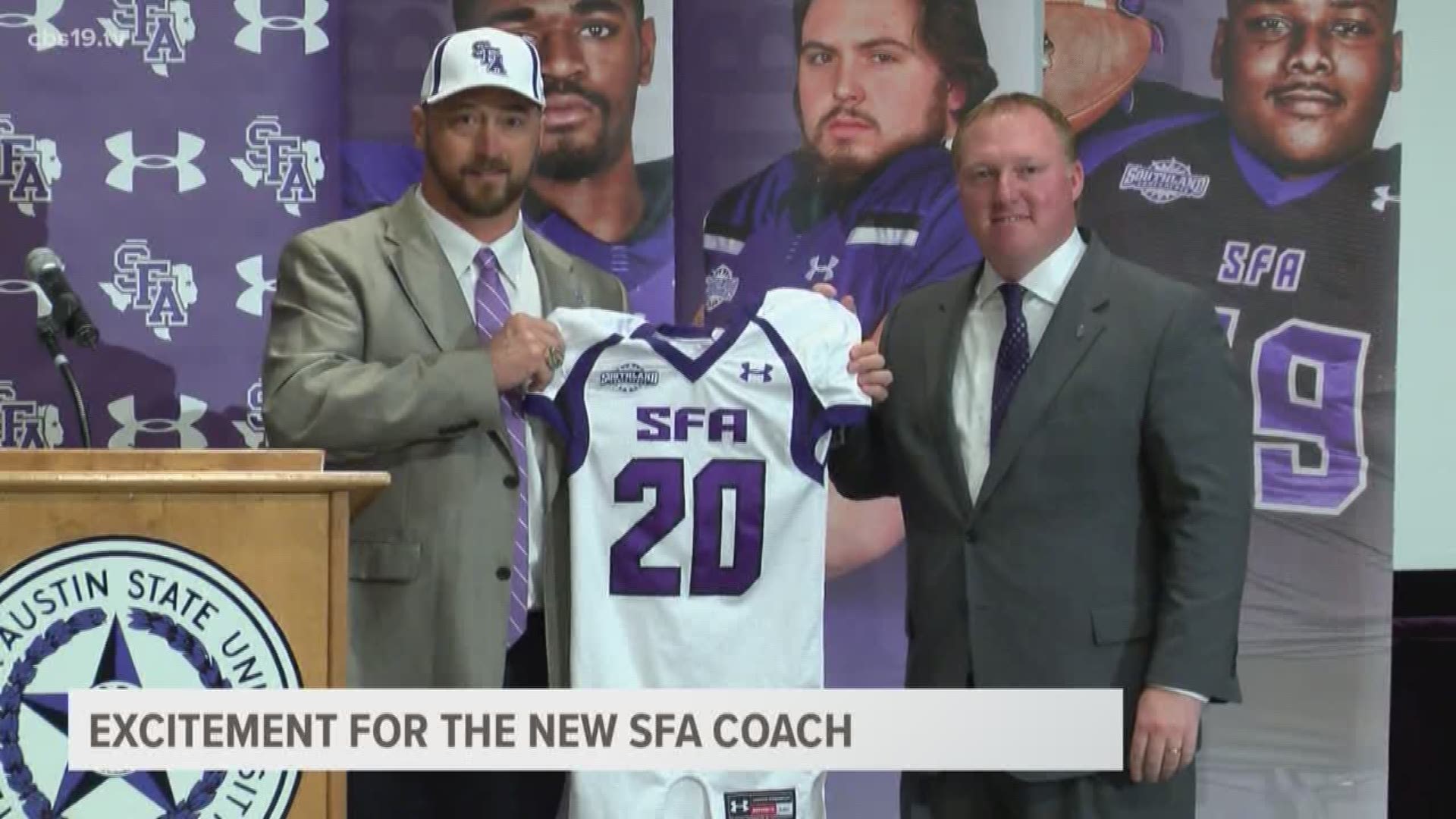 NACOGDOCHES - It wasn’t your typical introductory press conference. To say Colby Carthel is a tad different would be an understatement. He is anything but your typical, cookie cutter, run of the mill football coach, and that’s exactly why Stephen F. Austin Athletic Director Ryan Ivey hired him to be the school’s 20th Head Football Coach.

“People gravitate to him and when he is on the recruiting trail he is relentless, he doesn’t take no for an answer, he turns over every rock and every stone and he’s a grinder”

Not only is Carthel a grinder, he’s a winner. Turning around Texas A&M Commerce from when he took the helm in 2013. While at A&M Commerce Carthel had as astonishing .766 winning %, coached and developed 53 All-Americans and culminated his time at Commerce winning a NCAA Division 2 National Championship in 2017.

“If there’s a great player in the region who has the right academics, fits our scheme, and has a pine tree within 100 yards of there house, they better be wearing purple.”

SFA Football has slumped in recent years and fan attendance has suffered as a result, however, Carthel knows building back up the fanbase will be predicated on results on the field.

“They’ve got very passionate fans and it’s about the product on the field. I just don’t expect people to show up without an exciting product on the field and fun to watch so they can get behind and that’s going to start from day one with a championship program we’re going to build. It’s going to be a program and a football team that this community can be proud of, not just Saturday nights in the fall, but year round.”

Colby Carthel has proved he belongs at the Division 1 level, and if his team is as entertaining as his introductory press conference then ‘Jacks fans are in for an exciting season.