Schubert Strong: How the volleyball community rallied around one of their own

On September 16th, Amy Schubert got the news no family, no parent, and no person wants to hear. 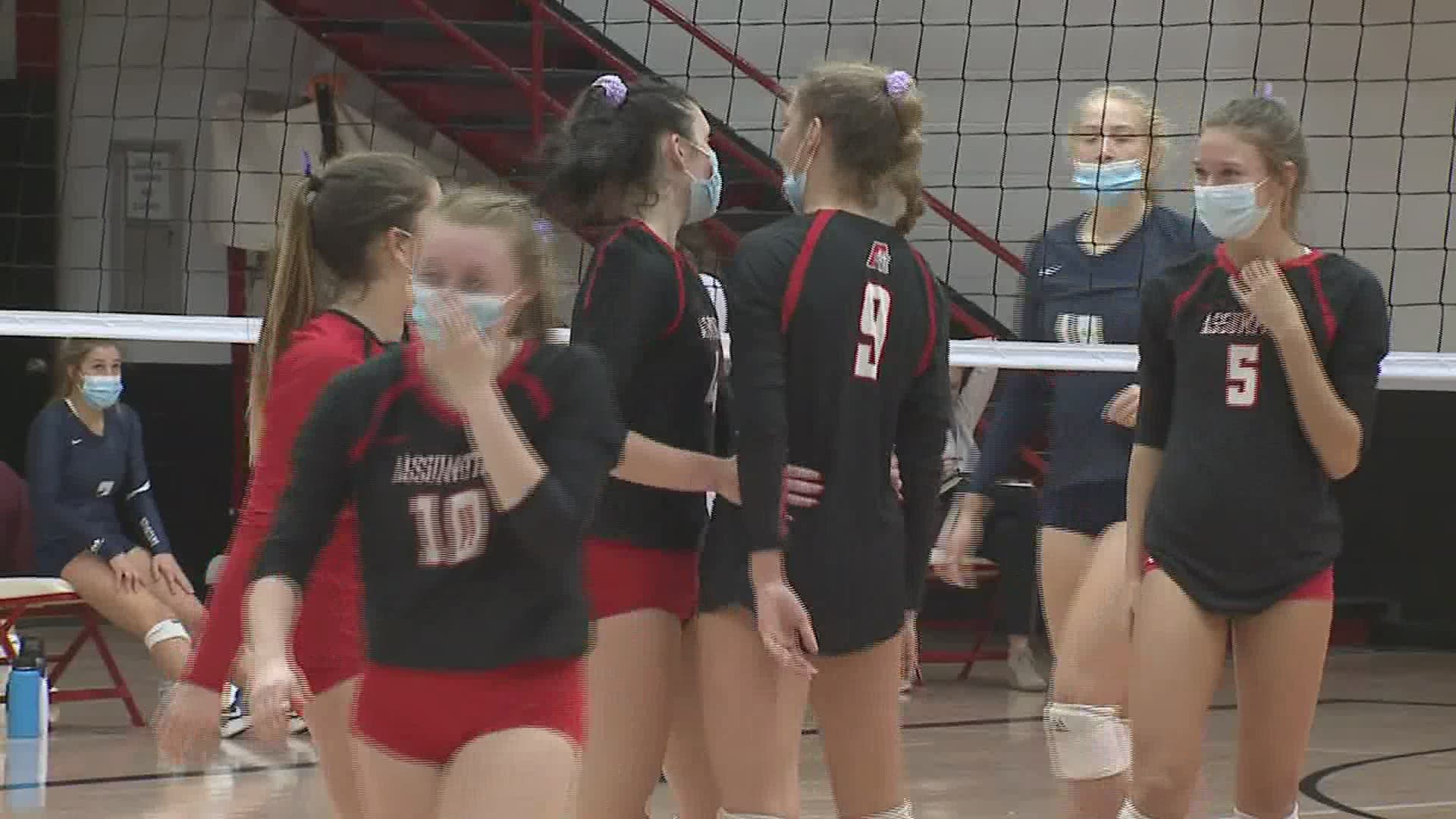 DAVENPORT, Iowa — Tuesday nights mean volleyball in the Mississippi Athletic Conference and you can count on the Davenport Assumption High School gym to be a rowdy one.

The Lady Knights have been doing battle with hopes to capture their first ever state title while two of their own, sisters Ava and Emma Schubert, battle something much deeper.

"We have a really strong, put-together team," said Ava, a right side hitter.

For Ava and Emma, a sophomore and senior, volleyball is part of their DNA.

"They got volleyballs for Christmas at one and two years old," said Amy. "So they've been around the game for forever."

"We're pretty lucky that they chose what we like a lot as well," said Brian Schubert.

Ava and Emma (and their youngest sister, too) eagerly followed in their parents' footsteps, and summers are now spent traveling to and from showcases around the region.

"Sometimes you feel like you're always in the car," said Amy. "The girls had been doing some showcases for volleyball in Des Moines that were still happening so we were kind of bouncing between Omaha and Des Moines, staying in hotels, and eating out a lot."

When the Schuberts returned from what was a normal summer trip, Amy felt anything but.

"From throwing up my whole body was really sore," said Amy. "For about three weeks to a month I was getting adjusted two or three times a week and it was helping. Then all of a sudden it wasn't helping anymore."

A trip to the doctor would later answer why.

"They ran some tests and things just were not right," said Amy. "They did some MRIs and some ultrasounds and that's when we found out."

On September 16th, the Schuberts found out the news no family, no parent, no person wants. Amy has Stage Four Hodgkin's Lymphoma.

"You just never know when things are going to happen," said Amy.

Now at Assumption home games, you'll see purple, the color symbolizing Amy's form of cancer and her favorite color, dotted everywhere in the crowd and on the court.

"It's amazing the things that people will do for you," said Amy. "And right back."

T-shirts on fans, the opposing student section, line judges, coaches, shoe laces and headbands on the opposing team, and of course, matching air ties for Ava and Emma.

"To just support her, to know she's in our prayers and thoughts when we're playing," said Ava. "We're playing for someone."

They're playing for mom.

"She's about to kick cancer's butt for sure." added Ava.

The community jumped in where it could.

"These people are giving us food so I don't have to cook," said Amy. "Financially donating things so we don't have to stress about those things so I can really focus on just getting better."

"She's such a big fighter," said Emma. "She came to our game on the first day she had chemo."

Through it all, there are three things everyone in the family and on the team is praying for: No cancer, no COVID-19...

"Hopefully a state title," said Amy. "That would be the trifecta. The triple crown."

Now Amy is focused on getting better as soon as she can. She's being treated with 12 rounds of chemotherapy and started  the process a few weeks ago. The Lady Knights look to clinch a spot at state on Tuesday facing West Liberty.