Colorado heads to Milwaukee to open a best-of-five Division Series. 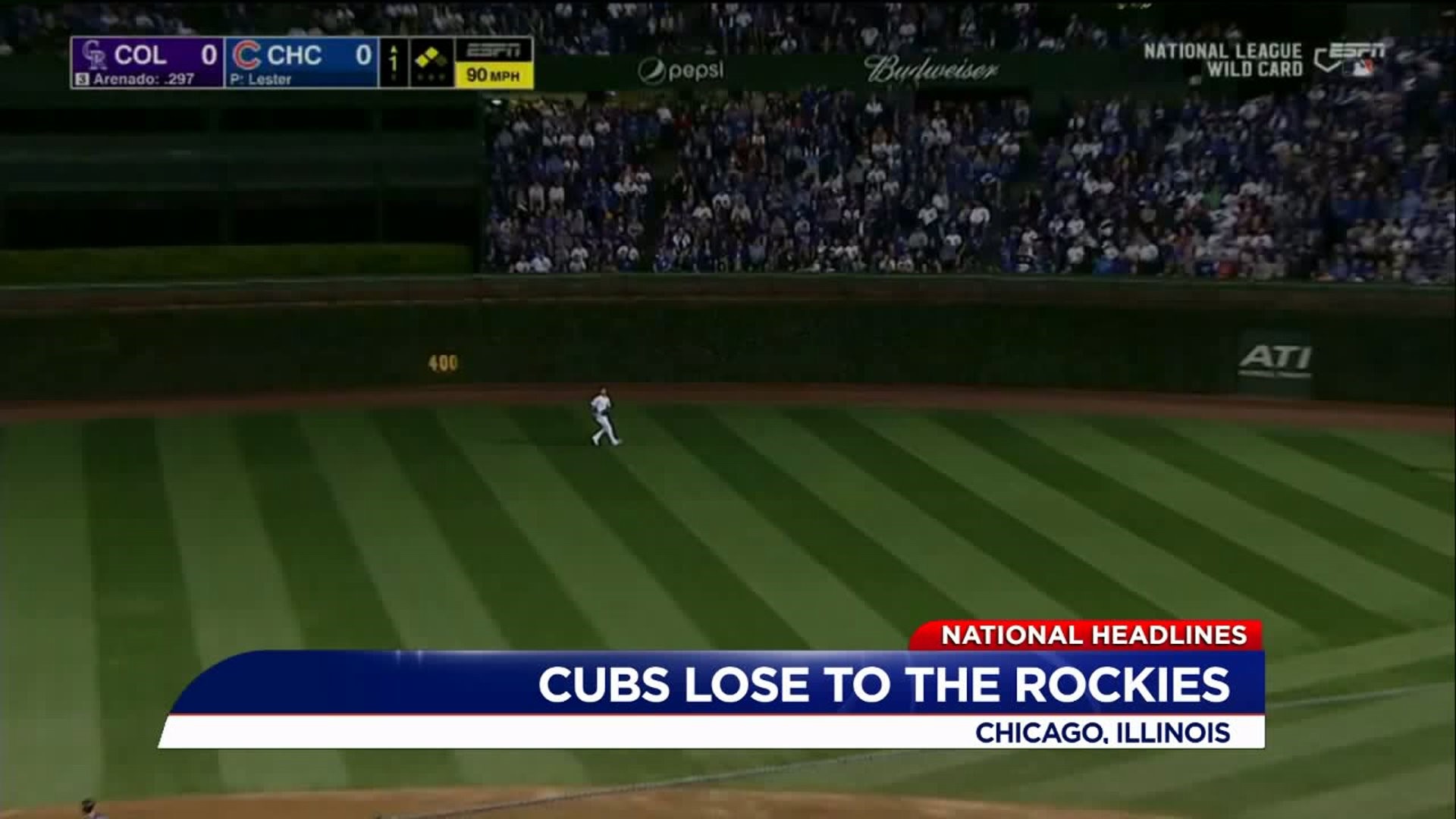 CHICAGO, Illinois — Tony Wolters hit a tie-breaking single with two outs in the 13th inning, and the Colorado Rockies beat the Chicago Cubs 2-1 on Tuesday night in an epic NL wild-card game.

In just a little over 24 hours, the Cubs went from playing for the National League title against the Brewers to ending their season at home.

Wolters, a reserve catcher who entered as part of a double switch in the bottom of the 12th, came up with runners at the corners and drove in Trevor Story with a liner back up the middle off Kyle Hendricks, quieting the Wrigley Field crowd of 40,151 on a crisp fall night.

Scott Oberg, the sixth Colorado pitcher, fanned Kris Bryant for the final out of the 12th and then struck out the side in the 13th to end the longest postseason game in Wrigley Field history. Terrance Gore tried to sell that he was hit by a pitch, but was sent back to the plate after a review confirmed the initial call.

Colorado heads to Milwaukee to open a best-of-five Division Series against the NL Central champion Brewers on Thursday.