The Quad Cities River Bandits will take on the Cedar Rapids Kernels in a best-of-five championship series. 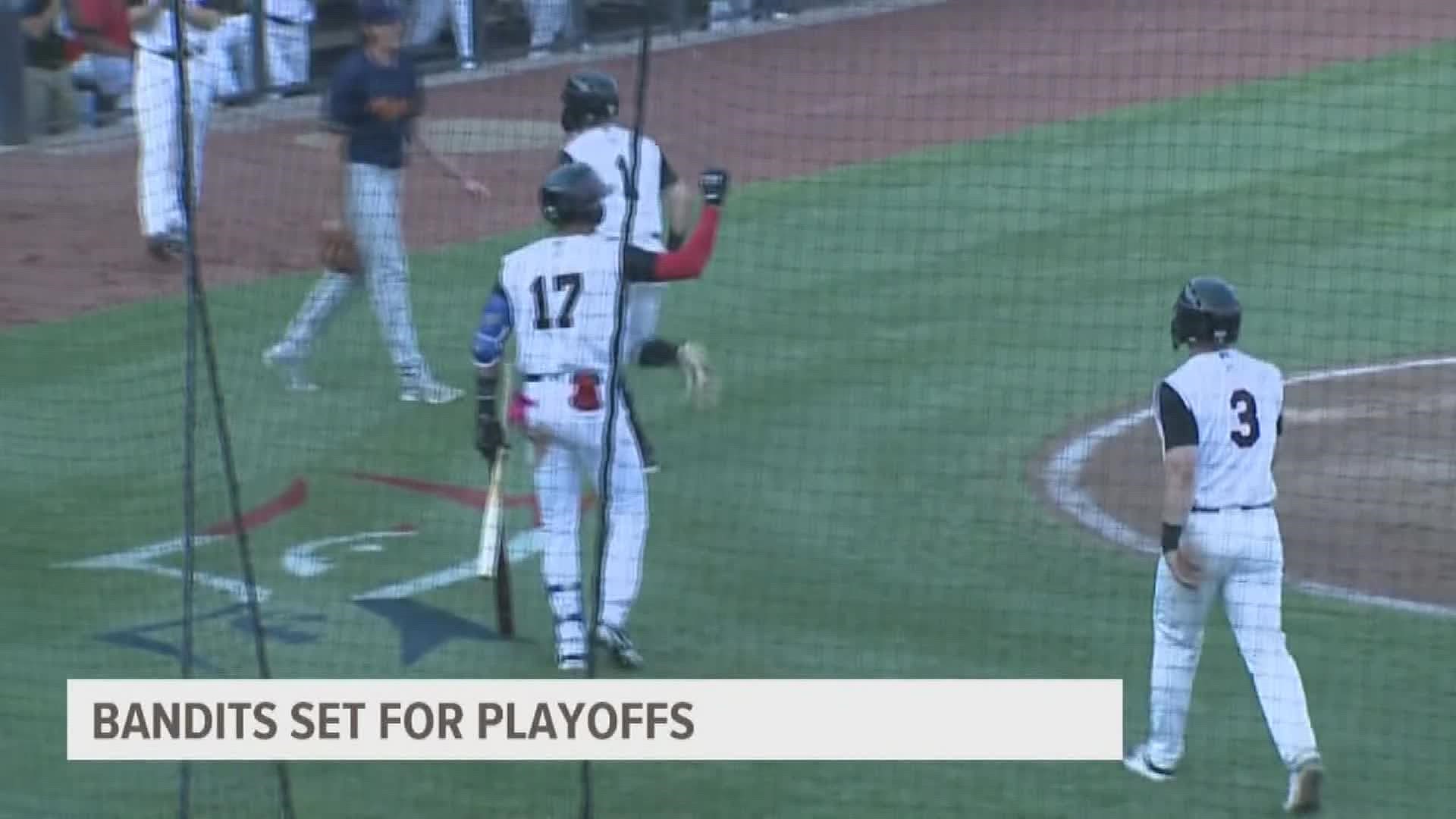 DAVENPORT, Iowa — The River Bandits journey towards a 12th league title in team history takes another step forward on Tuesday as they begin a best-of-five series against the Cedar Rapids Kernels in the High-A Central Championship.

Despite a global pandemic and restructuring of minor league baseball, the River Bandits have posted a league best 77-41 record in their first season as a High-A affiliate of the Kansas City Royals.

Their opponent (Cedar Rapids Kernels) finished with the league's second-best record (67-53) this season.

On paper, the matchup will feature arguably league's best offense versus the best pitching staff.

Of the 12 teams in the High-A Central league, the River Bandits are top-3 in some major offensive categories while the Kernels posted some of the league's best pitching statistics.

In 24 meetings this season, the River Bandits own a 17-7 record against the Kernels.

The last time these two clubs met on September 5, the River Bandits won 6-4 on the road. Both teams split that six-game series from August 31-September 5 with three wins a piece.

The River Bandits will have home-field advantage in the best-of-five championship series beginning on Tuesday, September 21.

The first two games of the series will be played in Cedar Rapids, with Game 3 scheduled at Modern Woodman Park.

If necessary, Games 4 and 5 will also be in the Quad Cities.

Regardless of whether or not they win Games 1 and 2, the River Bandits will have the opportunity to win the league title in front of a home crowd at 90-year-old Modern Woodmen Park.