Quad Cities will look to even the High-A Central Championship Series in Game 4. 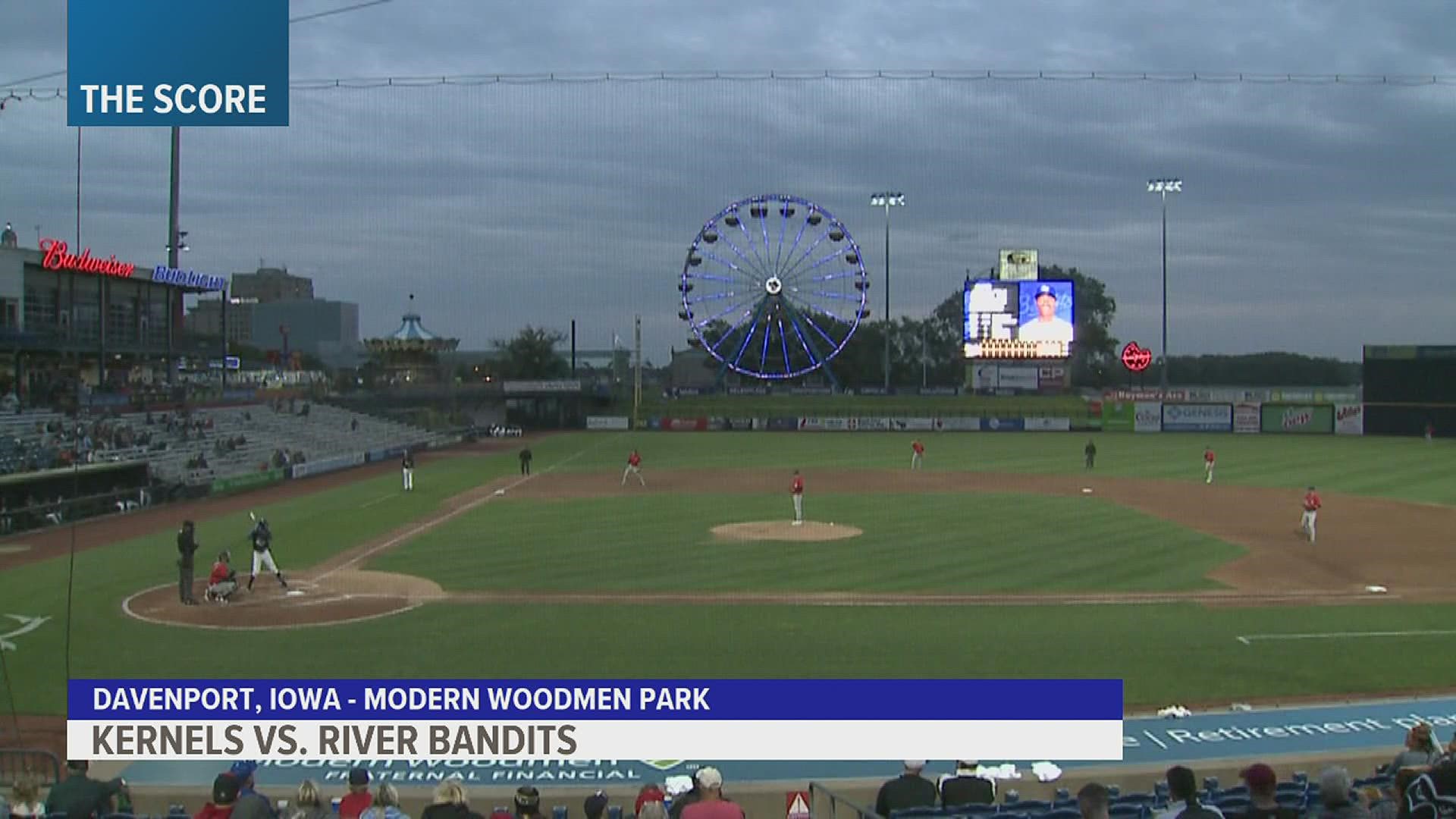 DAVENPORT, Iowa — It’s do-or-die time for the River Bandits who lost a pivotal Game 3 by a final score of 8-4 against the Kernels on Friday at Modern Woodmen Park.

The Bandits took a 1-0 lead in the bottom of first on an RBI single by catcher Logan Porter, scoring shortstop Maikel Garcia who led off the inning with a single.

Cedar Rapids responded quickly in the top of the second, with a two-run homer by DeShawn Keirsey off Quad Cities starter Dante Biasi to pull ahead, 2-1.

The homer was one of four longballs for the Kernels who finished the regular season with a franchise-record 161 home runs.

Biasi pitched into the third and recorded one out before loading the bases when the game went into a one and a half hour rain delay. The lefty finished his night allowing two earned runs on five hits, while walking three and striking out five over 2 1/3 innings.

Bandit's righty Kasey Kalich inherited the bases loaded situation when play resumed and recorded a strikeout and lineout to end the inning unharmed.

Kalich pitched into the fourth where he allowed a solo home run by Edouard Julian and a two-out three-run homer by Alex Isola to extend Cedar Rapids' lead, 6-1.

The River Bandits let a golden opportunity slip away in the bottom of the fifth with no outs and the bases loaded. Quad Cities scored one run on a sacrifice fly by Porter to shorten the deficit 6-2, but a pop out by John Rave and ground out by Eric Cole ended the inning.

Cedar Rapids answered immediately in the top of the seventh when Julian hit his second solo home run of the game. The Kernels ]added sacrifice fly to extend their lead 8-2. Both runs were charged to Bandits pitcher Kevin Smith.

Quad Cities tacked on two more runs on a Rave single in the seventh, but could not score for the rest of the game before losing, 8-4.

Biasi took the loss and Kernels reliever Aaron Rozek earned the win after pitching two innings out of the rain delay.

They had plenty of opportunities, but ultimately the River Bandits couldn't outslug Cedar Rapids in the loss. Quad Cities totaled 12 hits, but left 13 runners on base while finishing 3-for-13 with runners in scoring position.

Just one of the Bandits' hits went for extra bases (Cole double), compared to the six extra-base hits by the Kernels (four home runs, two doubles) on the night.

With their backs against the wall, the River Bandits will send Charlie Neuweiler (2-3, 4.81 ERA) to the mound against Cedar Rapids starter Sawyer Gipson-Long (3-3, 4.55 ERA) in Game 4 on Saturday.

First pitch between the Kernels and River Bandits is scheduled for 6:30 p.m. from Modern Woodmen Park. 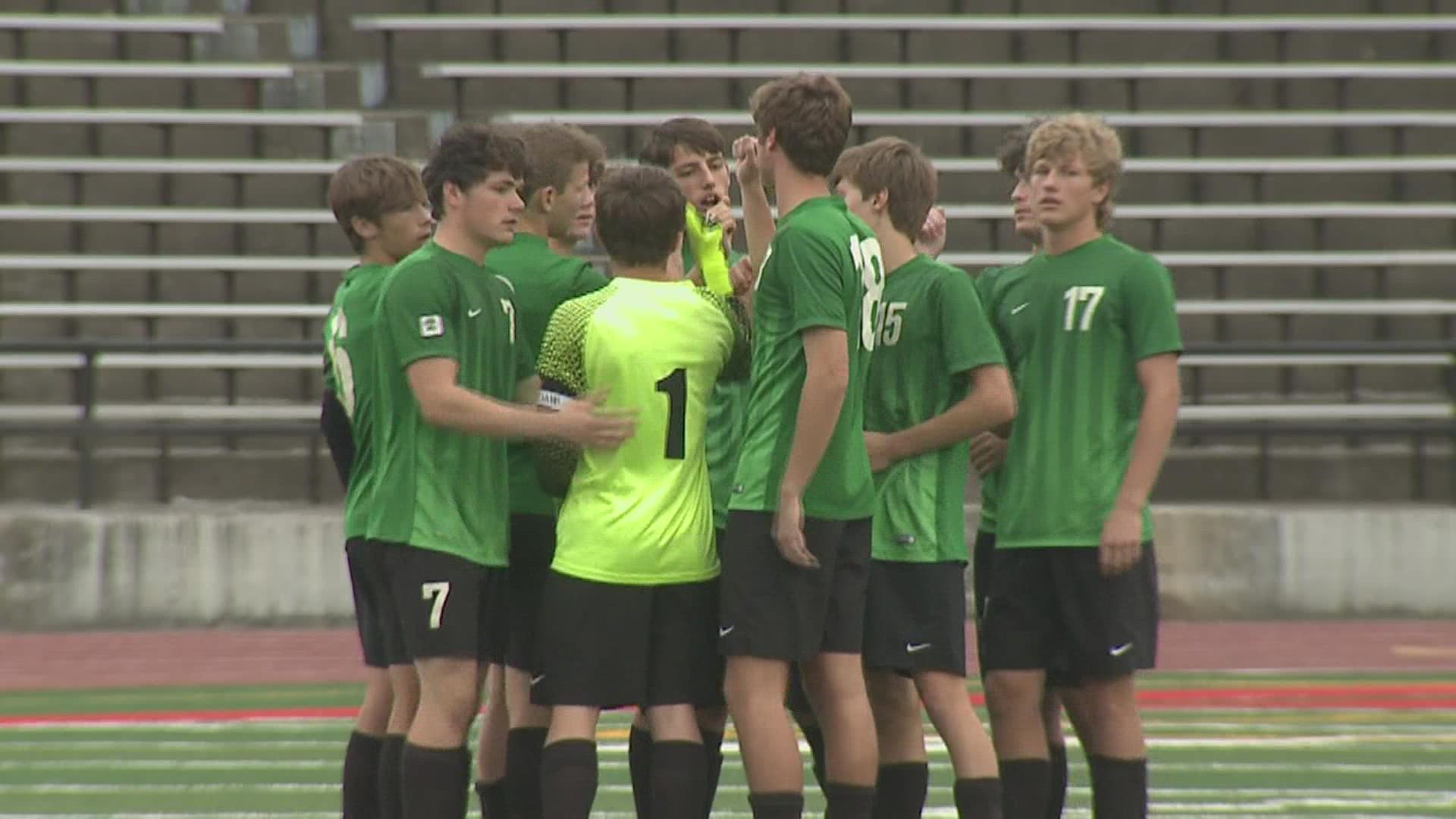