A dominant season by the River Bandits was capped off with a High-A Central Championship victory. 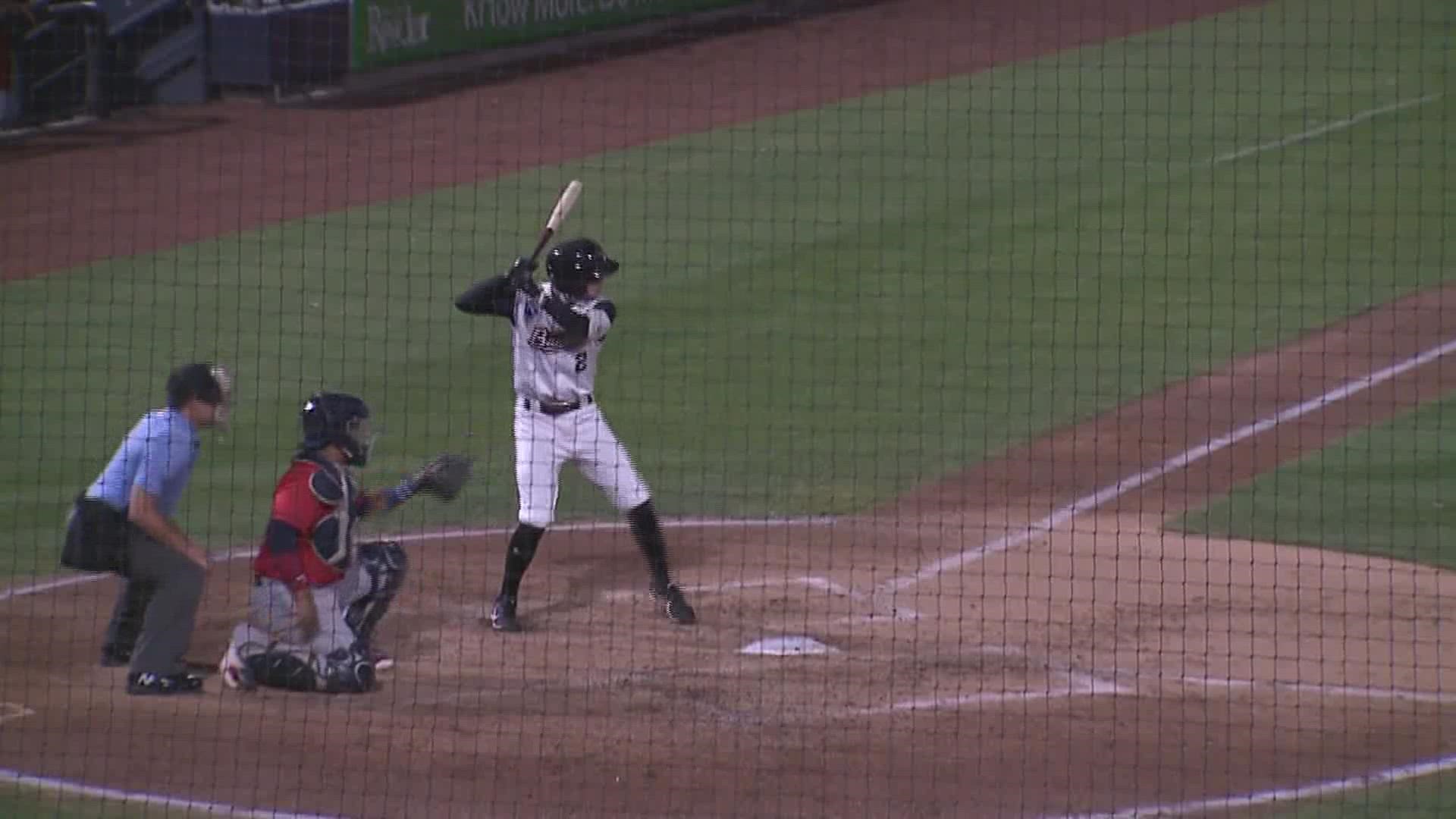 DAVENPORT, Iowa — The River Bandits played the winner-take-all Game 5 of the High-A Central Championship Series with the same dominance seen for a majority of the 2021 season.

Behind solid pitching and a potent offense, Quad Cities cruised to a 5-0 win over Cedar Rapids on Sunday night at Modern Woodmen Park.

The championship victory marks the 12th league title in Bandits' history and first since 2017. It's also the team's first title as a Kansas City Royals minor-league affiliate.

In his postgame press conference, Quad Cities manager Chris Widger says the team enjoyed the moment rather than overthinking things after they previously fell behind in the best-of-five series, 2-1.

The River Bandits ended the regular season with a 77-41 record and first-place finish in their inaugural season with the Royals organization and High-A Central League.

Many of the team's current players, including Widger as manager, were a part of the 2019 Burlington Royals, a Rookie League affiliate of the Kansas City Royals located in North Carolina.

That core group in Burlington was defeated in the 2019 Appalachian League Championship Series in a deciding Game 3.

Widger says the team used that experience as motivation heading into this season.

That type of championship and winning DNA from years past showed on the field all season, and now the players and coaches have a ring to prove it.

Quad Cities jumped out to a 1-0 lead on an RBI single from Game 4 hero Logan Porter in the bottom of the first, scoring shortstop Maikel Garcia who once again led off by reaching base with a walk.

Garcia reached base as the No.1 hitter in the Bandits lineup in the final four games. He finished the series with a .333 batting average and 1.034 OPS as the team's leadoff man.

In the same inning, Quad Cities tacked on another run on a one-out RBI double by center fielder John Rave to extend their 2-0 lead.

The early damage chased Kernels starter Cody Laweryson out of the game after he recorded just one out and allowed two earned runs on two hits, while walking two.

Another Bandits run was added on an RBI single from Nick Lofton in the third, followed by an opposite field solo home run from right fielder Tucker Bradley.

When asked what the team's mindset was going into the game, Bradley reiterated Widger's comments about playing loose instead of putting too much pressure on themselves.

"Just enjoy it. Have fun because you don't get this chance very often," Bradley said. "You don't get a chance to play for a title with a bunch of guys you've been grinding with in the minor leagues with all season. So just have fun, enjoy the moment and play like we have all year."

Bradley knocked in another run in the bottom of the fifth with a sacrifice fly to give the River Bandits a commanding 5-0 lead.

Those runs were more than enough for a Quad Cities pitching staff led by starter A.J. Block. The left-hander allowed one hit, while striking out five and walking one in 3 2/3 scoreless innings while receiving a no decision.

All four Quad Cities pitchers did allow eight total walks, but they managed 15 strikeouts and held Cedar Rapids to 0-for-13 with runners in scoring position. Going back to the previous game, the Kernels were 0-for-20 in scoring opportunities.

What's next for the River Bandits?

It's likely that many of the current players on the roster will get called up to the Royals' Double-A affiliate next season, Northwest Arkansas Naturals.

They'll join the likes of Vinnie Pasquantino and Jeison Guzman who previously played on the River Bandits this season before getting promoted in another step towards reaching the big leagues.

The open spots on the roster could potentially be filled with players from the Low-A Columbia Fireflies, Royals Rookie League Affiliates, and 2021 MLB Amateur and International Draft picks.

Quad Cities released their upcoming regular season schedule, which is set to begin on Friday, April 8, 2022.

The full 132-game schedule can be found here.