Even without a junior baseball season, you won't see Quagliano taking a break 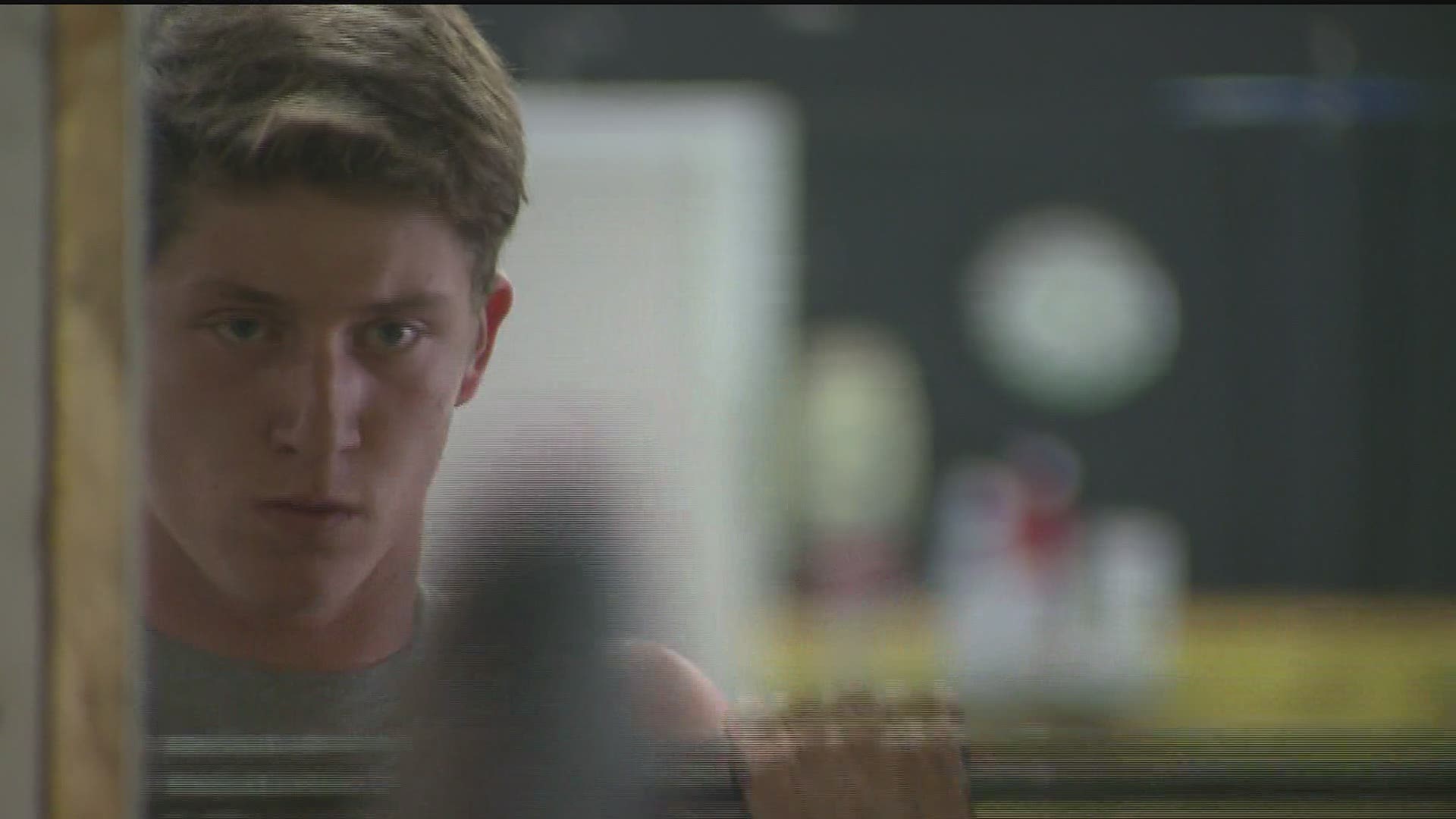 KEWANEE, Ill. — What you see is Coltin Quagliano leading the Annawan-Wethersfield Titans to the state semi-finals in football, hanging a career-high 42 points on the hardwood, or dominating on the diamond in baseball.

But what you don't see are the long, hard hours spent in the weight room lifting.

"Me and Coltin have been working together for about a year now at XPF," said Kyle Galli, Coltin's trainer. "We go three days a week."

"The thing with Coltin is, he wasn't just born with his athleticism," said Galli. "When other kids are playing video games or hanging out, he's in the gym working on his craft."

Quagliano has done that and then some, putting on nearly 20 pounds of muscle in less than a year.

RELATED: Who has the best basketball gym in Illinois? More than a dozen in the QCA are competing for the title

"I know he wants to play college ball and you got to be big there," said Galli. "When we first started, we set goals. It was ten pounds in about a year. We put 15 on. In the last two months, we've put 17 on."

Each drill and pound gained is a calculated effort for Quagliano to grow in all three sports: football, basketball, and baseball.

"When this hit, it made me more determined," said Quagliano. "I got everything out of the way and now I can go hit baseballs, I can go run, I can do stuff to take my mind off of things. So really this quarantine thing has been a help for me, knowing what my place is with sports and life."

Even without a junior baseball season, you won't see Quagliano taking a break from that hard work.

"I love the game play," said Quagliano. "But really, I love the preparation for the games. Just knowing that I'm putting in the work. I like feeling sore and stuff like that."

But you will see the product of that hard work when sports return.