Soccer fans have good reason to be excited this week, not just for the World Cup, but for a new club in town that aims to gather all soccer fans in one place to... 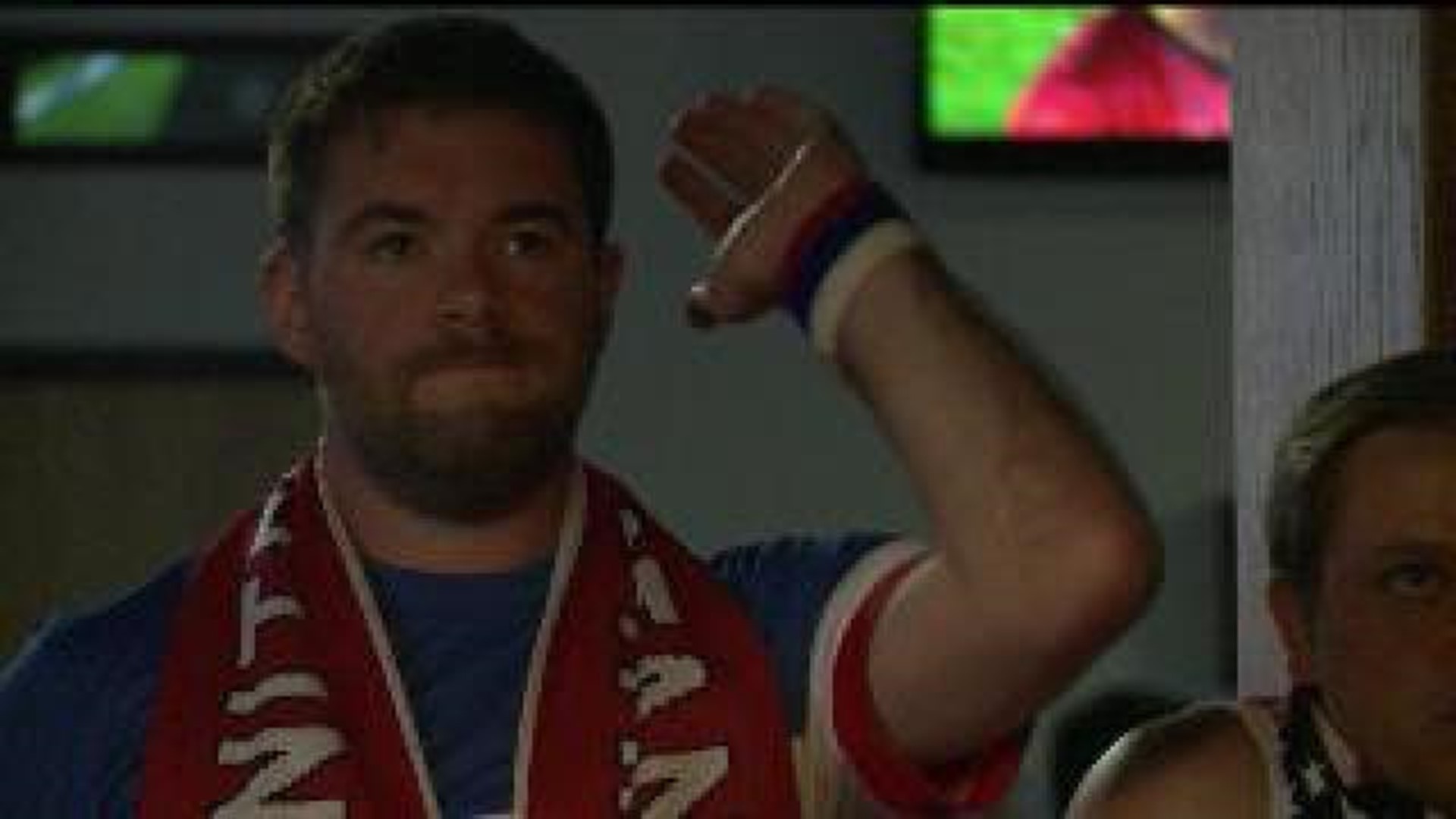 Soccer fans have good reason to be excited this week, not just for the World Cup, but for a new club in town that aims to gather all soccer fans in one place to cheer on their favorite teams.

The Quad Cities chapter of the American Outlaws came together at Caddy's Sports Bar and Grill in Bettendorf to cheer on the U.S. for Sunday's game.

"We invite anybody out who is a fan of the U.S. or Soccer it doesn't matter because this brings the best of both worlds together to join us," said Andy Snyder, president and co-founder of the American Outlaws QC Chapter.

"[When] you think of some of the big cities in the country, New York, Chicago, LA, Phoenix, they all have big American Outlaws and we want that here. We're not as big as those cities but the passion that we have for the local people here, I have no doubt that we could create that same atmosphere in the Quad Cities," Snyder said.

Kyle Wehr also helped get the group started. He said he was never a huge fan of soccer growing up, but ever since the 2010 World Cup he's become a bigger fan.

"The great thing about soccer is that the world cares about it," said Wehr. "We all have our individual teams here in the U.S. with the NFL, and the NHL, and the MLB; but with the world cup we can all get behind the United States and it's great because everyone's here at Caddy's tonight cheering on the American national team.

Of course, not everyone is as much of a soccer fanatic as others. Kaitlyn Wehr, Kyle's sister, said she likes to watch the games for its other attractions.

"Oh totally, we were just talking about how soccer players especially have a great physique and so we really enjoy, besides supporting our country, we also enjoy the athletes as well," Wehr said.

If you are interested in joining the QC chapter of the American Outlaws you can go to their Facebook page.