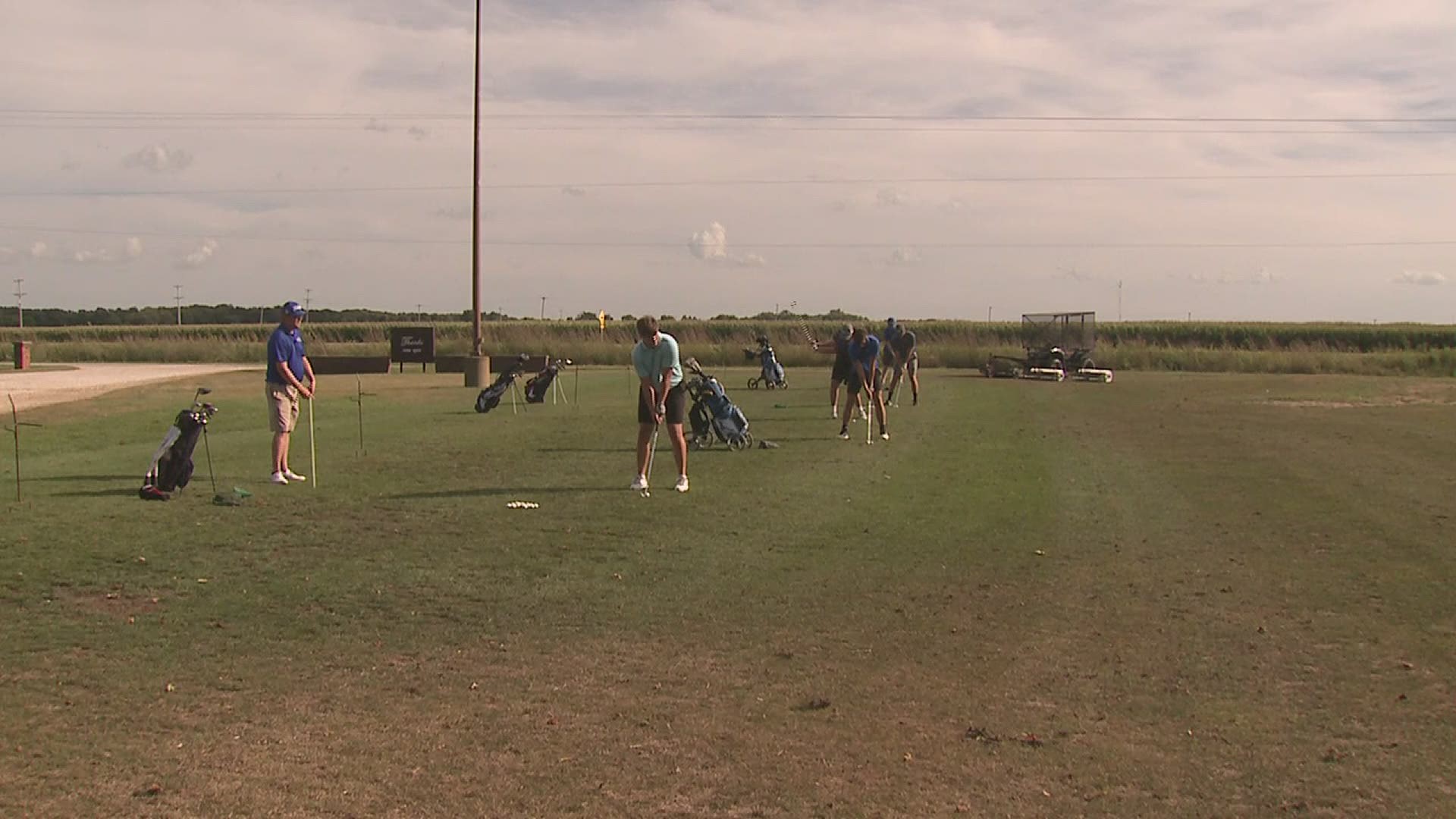 PRINCETON, Illinois — On a normal fall afternoon in Illinois, this is where you'd find the Princeton Tigers making plays and scoring touchdowns.

"We were ready to go, all pumped up and ready to go," said Grant Foes, a Princeton senior lineman.

But on this fall afternoon, you'll find those same Tigers making putts and carding birdies.

"Practicing for football the entire time and then what, finding out two months later that we're gonna play golf?" said junior Matt Lucas. "Yeah, it was a little different."

To see a quarterback, wide receiver, center, lineman, and even the kicker on the links and not on the gridiron is certainly a sight to see.

Most of these guys have never played a competitive round of golf before coming out for the team.

"It's tough," said Tyler Gibson, the Tigers' senior quarterback. "The more I get frustrated the worse I play."

Gibson has quickly learned the game of golf is much more than just a hobby.

"Gotta stay calm," said Gibson. "For me as quarterback, its kind of similar because you gotta stay calm but still be motivated to do the right things."

Their game is a work in progress.

"I've seen it grow a lot," said Foes. "Starting to hit it straight."

The competitive drive is very much still there.

"A lot with the shape of my ball now," said senior kicker Jamison Reinhardt. "I used to slice pretty hard but now it's been straightened out."

They're actually pretty good. Varsity is 6-3.

"It's really cool, especially seeing my score go down," said Lucas. "Coming out here and actually playing good is a lot more fun. It really is."

But make no mistake, they're ready to trade bogeys and birdies for touchdowns.