Sunday's game was about so much more than strike outs or runs. 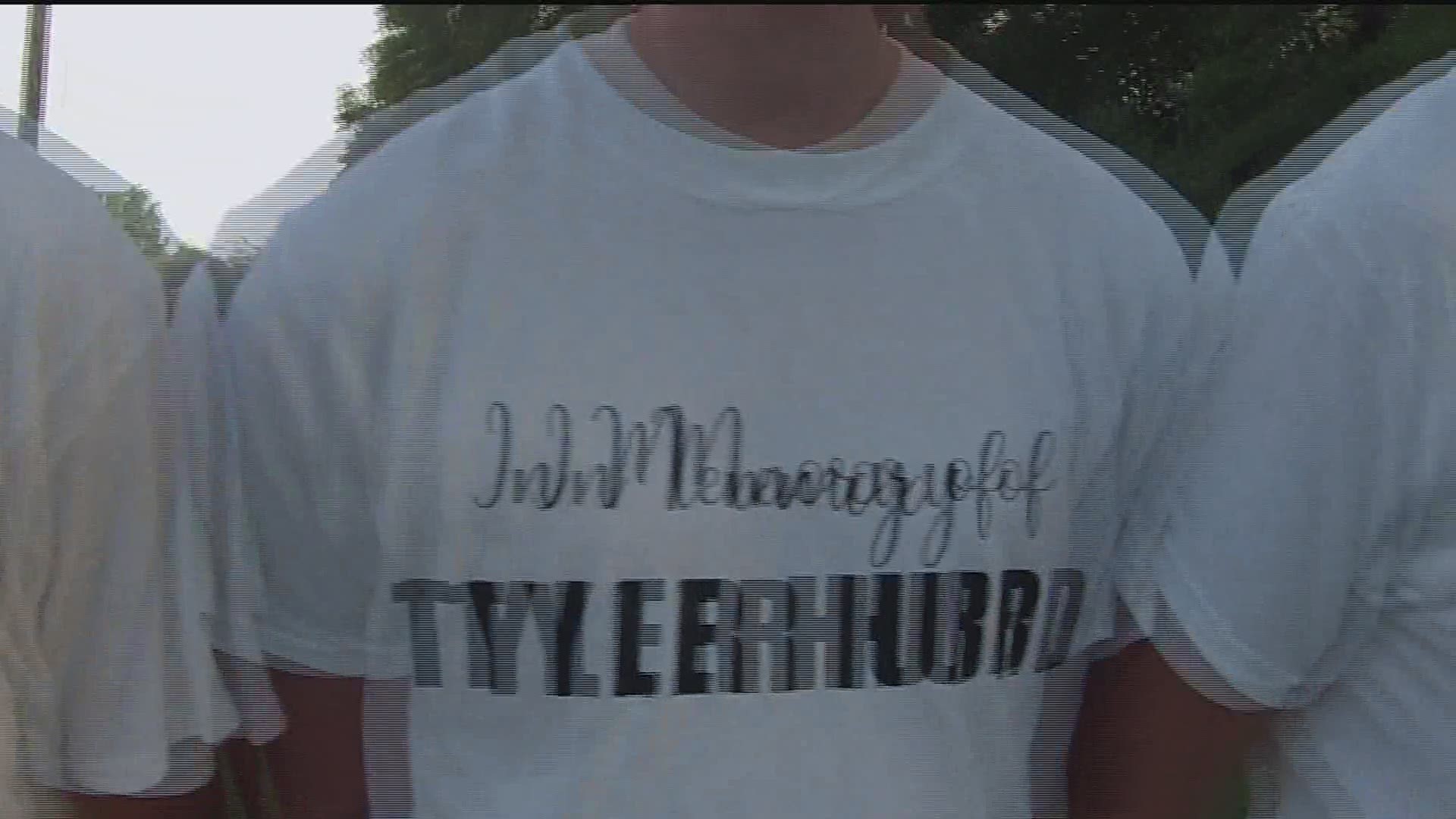 The ballpark lights turned up bright, the smell of But Soother thick in the air, and the ball smacking the glove. The sights and sounds mean boys of summer are here.

From the pitcher, center field, the batter, and coaching staff, each had the number 43 and the last name "Hurd" worn proudly across their backs.

"It ended up 232 shirts was our last number today." said Dallas Schatteman, a player for Bettendorf-Pleasant Valley baseball.

They're not apart of the same family but bonded by something much bigger.

"My first team, after first grade. We became pretty good friends then." said Brady Howard, also a player for BPV.

For as long as Howard can remember, he's played baseball against a young man named Tyler Hurd.

"Whenever we;d play against him, everyone would be like 'Oh, Tyler's pitching. We're gonna lose now,'" said Howard.

This season, before their junior year of high school, was supposed to be different as Howard and Hurd would be playing for the same team.

Another friend, Schatteman, was just as excited to be sharing the field with Tyler, too.

"I remember last week, he hit a home run and instead of being unsportsmanlike, he came back and he was like 'You can do it to,'" said Schatteman.

That game last week would be one of their last with Tyler as their teammate. See the front of the shirt, reading "In memory of Tyler Hurd".

"I hope he's remembered as a kind person," said Schatteman.

"That he impacted people," said Howard. "He made everyone happy, wanted everyone to be something."

"It's just really cool to see how many he affected," said a classmate. "He was a really good person."

Sunday's game was about so much more than strike outs or runs.

"I hope we can get a win today, but that's not what this game is about," said Schatteman. "I hope everyone here can remember Tyler and remember him as a good player and friend."

Their opponents, friends, and family surely will, too.