The show will run until 3pm on Sunday, Jan. 17. Another show will take place at the QCCA Expo Center in Rock Island the last weekend of January. 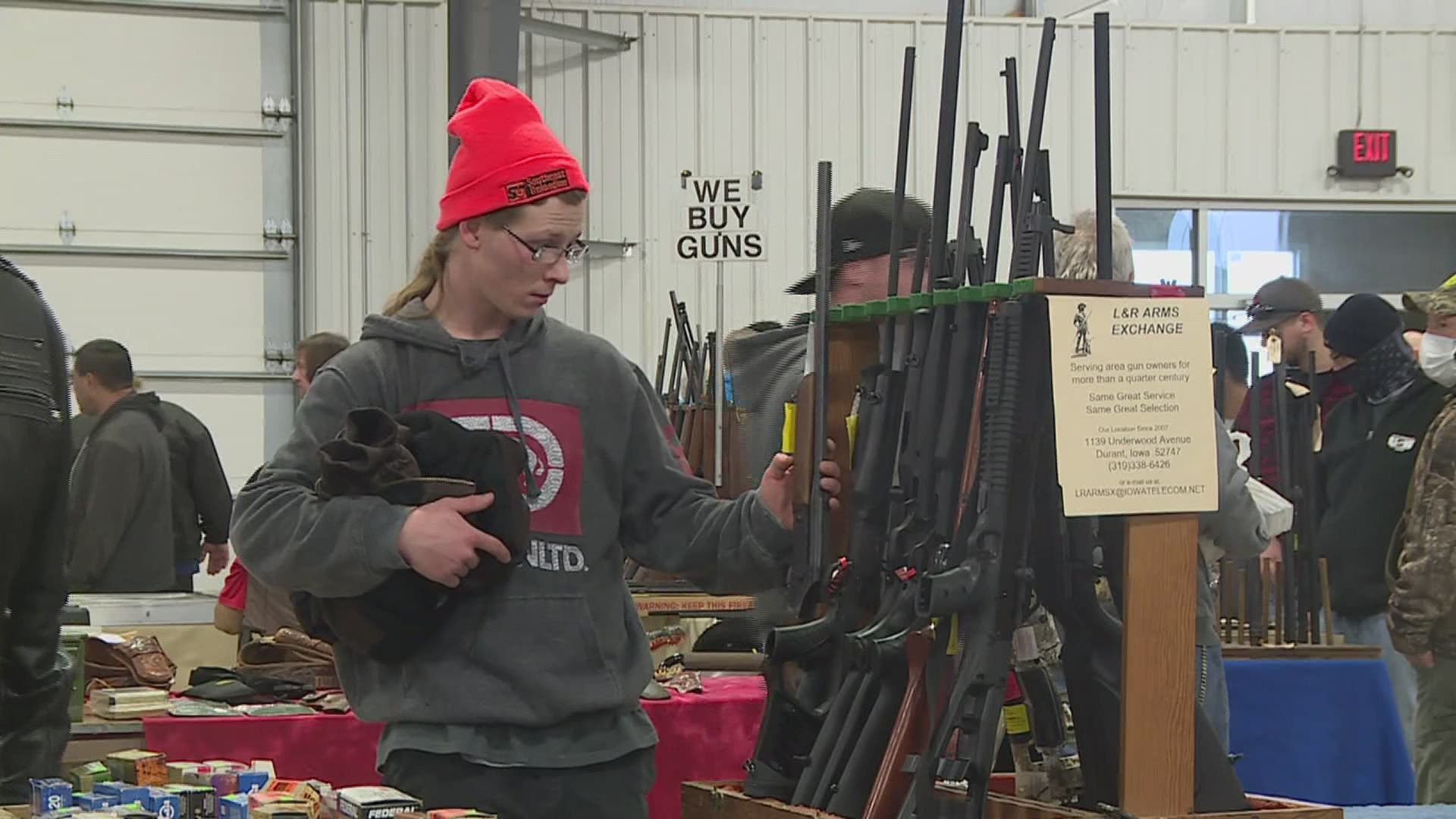 After the doors opened at 9am, it was pretty steady crowds - with the line even spilling out the door - all day long. With several other area gun shows cancelled over the past few months due to Covid-19 concerns, the excitement at this show was high.

"We've basically sold out of about 50% of the guns that we have." said Lynette Parr, who does public relations for Lohman Demolition & Quality Guns out of Hillsdale, Illinois. During a typical show, she says they'd sell about 13 guns. But after just a few hours of the Davenport show on Saturday, they'd already sold close to 75.

RELATED: NRA filing for bankruptcy, plans to reincorporate in Texas

"This is the first show I believe we've been able to do in a year, with everything going on in 2020," said Parr. "Everything that is in inventory has been moving... it's been moving very quickly."

Chad Kinsey is one of the event's organizers. He said about half of the shows he had lined up for the past few months had to be cancelled, and he expected to see the enthusiastic turnout.

"The demand is extremely high. It's a scenario that I don't think a lot of us have seen before," he said. "Everything's really different right now. There's a lot of new gun owners, and ammo is extremely hard to find. There's not much to do- everybody's coming out to see if they can find stuff to look for today."

The event had about 30,000 square feet - all filled to the brim with guns, ammo, and other related paraphernalia. According to Kinsey, 250 tables displayed wares from vendors hailing from four or five states.

"And a lot of vendors are getting short on supply and having a hard time getting stuff," he noted. "Some that might usually have 10 tables now only have five."

Experts suggest the pandemic, national protests, and a historic election all contributed to a surge in firearms deals over the past year. And an estimated 5 million Americans became first-time gun owners in 2020.

Now, ammo is one of the rarest commodities, and was a hot-ticket item throughout the show.

So, while the pandemic has cut down on the amount of events, the ones that are happening are bringing out lots of excited buyers.