Loud Thunder Forest Preserve says their record-high 2020 camping season is on track to be broken by this year - one more biproduct of Covid-19. 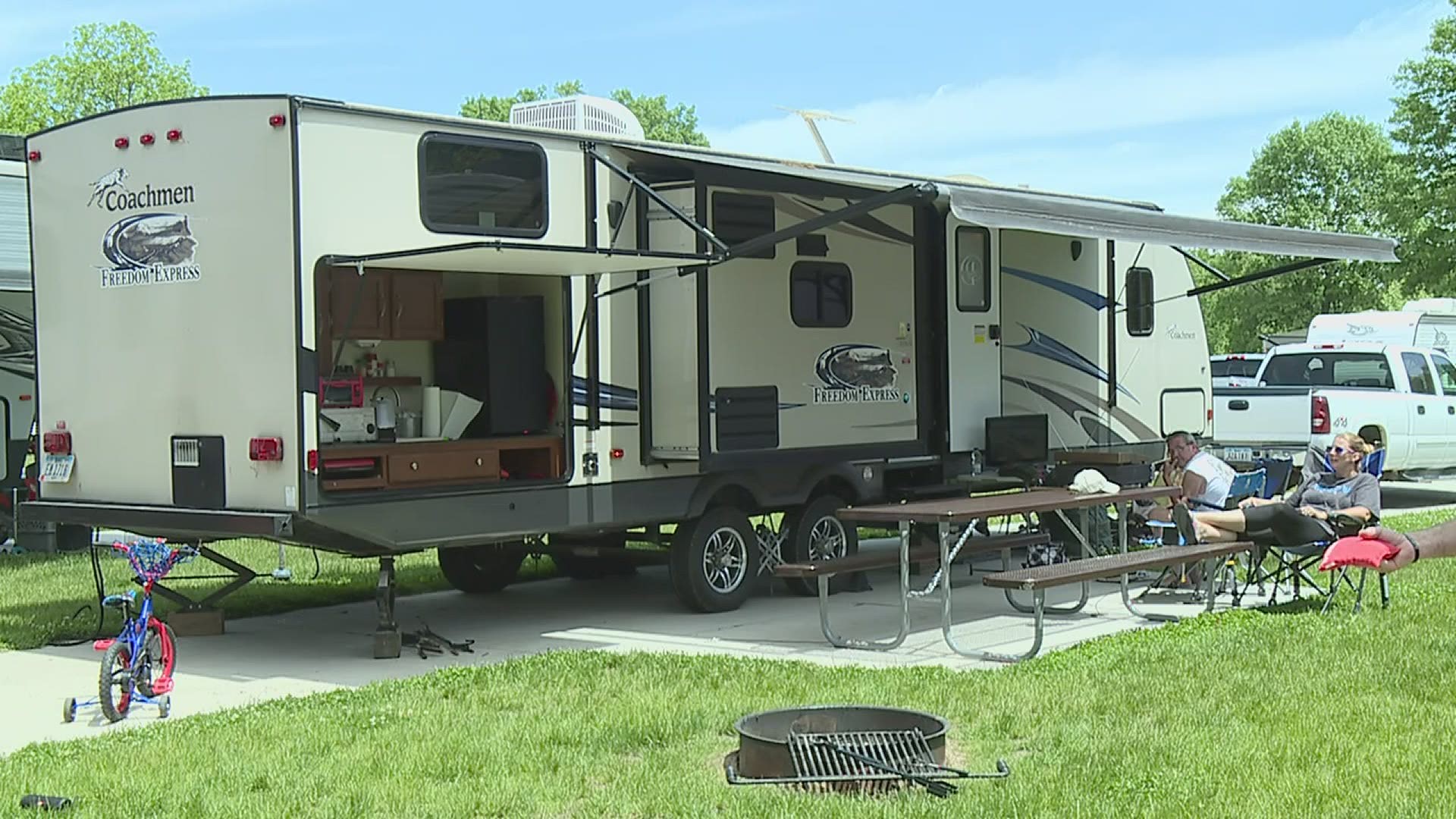 "This season we've seen a major uptick of people coming out here to the park and staying with us on the weekends," said Ben Mills, head ranger out at Loud Thunder. "Since 2019 we've more than tripled our numbers of patrons over the weekends."

Each of Loud Thunder's 141 camping spots were sold out for the Memorial Day weekend, with the RV sites filling up within the first two weeks of March.

"We opened reservations on March 1st and as soon as we opened people were putting reservations in. It's crazy how quick people got into it," said Mills.

The park first saw a boom in their campers back in 2020, after the pandemic forced so many people back inside. Rangers estimate being outdoors and spread out from a lot of other people was a huge draw.

"I know RV sales were off the charts last year - boats the same thing. Lot of recreational vehicles were all very high sales last year," said Mills. "So I think people own these things, they got a little taste last year of something they may or may not have been missing in their life, so now they're adjusting their recreational activities accordingly."

Now, Loud Thunder expects there to be even more campers enjoying their sites in 2021 than there were in 2020's record-setting year. That, in part, helped by an earlier opening date.

Scott Tarchinski was out camping for the holiday weekend, along with a large group of friends and family.

"We thought Memorial Weekend would be a good weekend to come out here," he laughed.

He said they booked as soon as they could, since they knew it would be a tough get.

"Last year we noticed everywhere we went was just packed. And again everywhere we've gone - this is only our second time out this year - where we were the first weekend it was packed. And I mean we've got reservations for places that we made, again, six to eight months ago."

It all adds up to a busy summer for the rangers, but Mills says they're all glad to see so many people enjoying the preserve.

"It was kind of expected, but really nice to have it come to fruition after hoping," he said. "I think enough people got back to the outdoors last year that this should carry and stay for quite a while. So we're hoping for the long haul."

Loud Thunder has also opened up their kayak and boat rentals for the 2021 season. Rentals are available from 8am until 7pm, with the last rentals going out at 6pm, Wednesdays through Sundays. To find out more information, you can check out the preserve's Facebook here.

There’s nothing that makes us happier than seeing you all enjoy Lake George! Isn’t nature awesome? 😉 It’s prime...

Posted by Loud Thunder Forest Preserve on Tuesday, May 25, 2021