Icy roads meant icy slopes at Snowstar, where slippery conditions were perfect for snow-tubers looking to ring in the New Year. 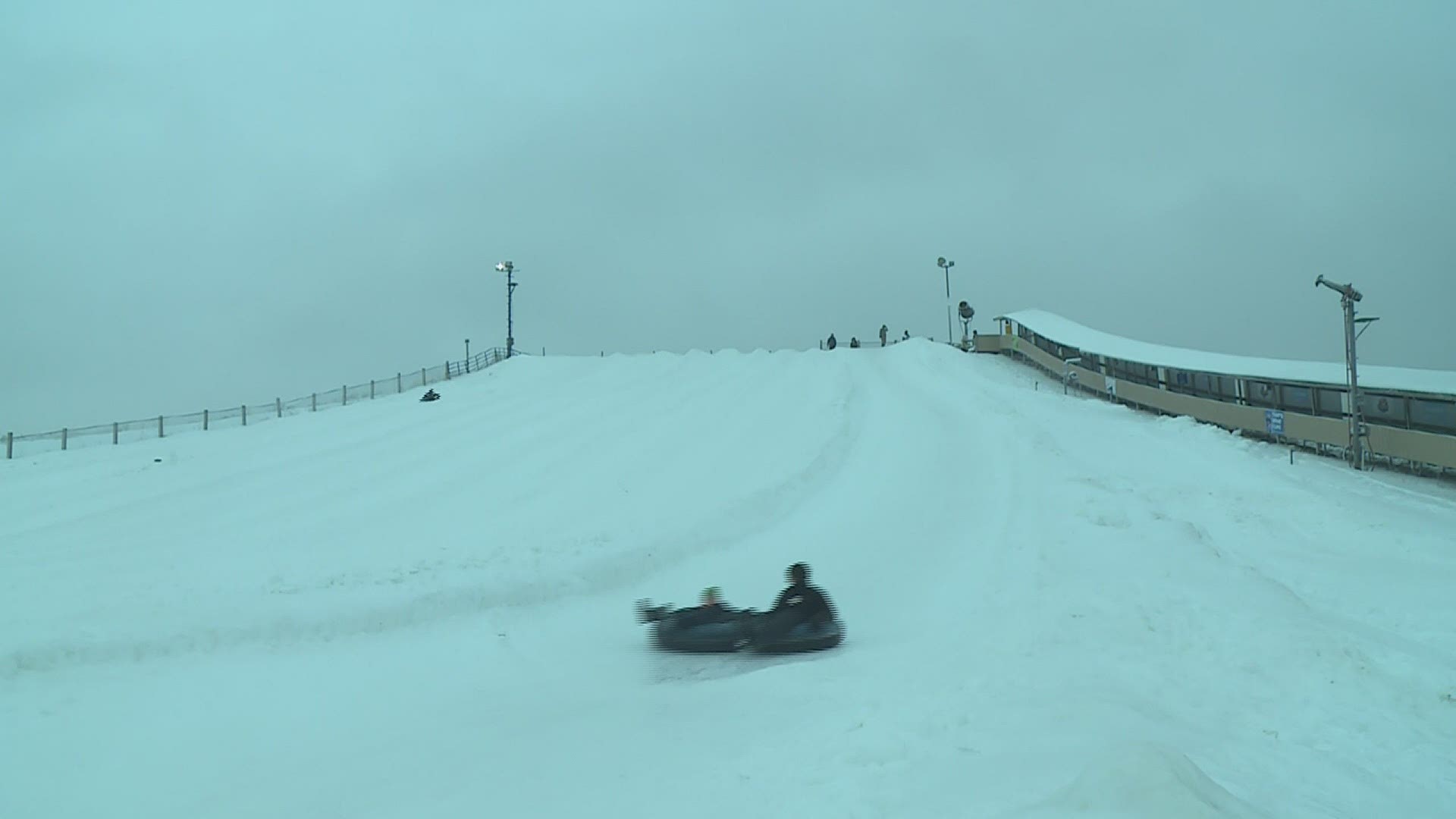 ANDALUSIA, Ill. — Not even icy-rain and slippery mounds of snow could stop thrill-seekers from spending New Years Day out at Snowstar Winter Park in Andalusia.

The park offers snowboarding, skiing and tubing from December until March, and says the two weeks around Christmas and New Years are typically some of their busiest. It turns out that rings true, even during a pandemic and amidst a week bookended by two winter storms.

"We've had phones ringing off the hooks. If you get a busy signal, it's because we are answering lines 24/7," said Valerie O'Rourke, one of Snowstar's managers. While she admitted Jan. 1st saw the park's first batch of rescheduling for the season, many still braved icy roads and unrelenting rain to hit the slopes.

All of that rain meant the park had to groom the ski-slopes all day long, or break up the ice. But for those on the tube hill... the slippery conditions were welcome.

"Our tube hill's been pretty booked," said Jenny Harper, another Snowstar manager. "We've had anywhere from 400 to 600 people out on the tube hill at a day."

Rainy conditions meant a slick and extra-fast tube hill for those at Snowstar on News Years Day. And the giant airbag waiting at the bottom of the slope got plenty of use, catching tubers moving too fast to stop.

"I can't not hit that airbag," joked Clay Unes. "Of course, I'm a big guy, so I think I gain a lot of momentum as I start coming down. That thing swallows me up and I gotta crawl out of it every time!"

Unes, along with his two sons, drove over an hour and a half to reach Snowstar for a guys-trip-getaway. He says when he woke up and saw all the ice on the road, he decided to give it a shot.

"We're having a good time. Once you're here, it's not so bad," he remarked. "it gets you outdoors and you can only be cooped up inside for so long."

The park is requiring all guests to wear masks and socially distance, as well as keep all food and drinks to outdoor spaces.

"We're just trying to meet the standards that Illinois and the governor has made for us. It's important to keep doing that to keep going for our customers," said O'Rourke.

Harper agreed, adding "As people are coming out, we want them to drive safe, be safe, [and] we want you to get here and have fun. Those are important things for us - the safety of all the customers and attendees."