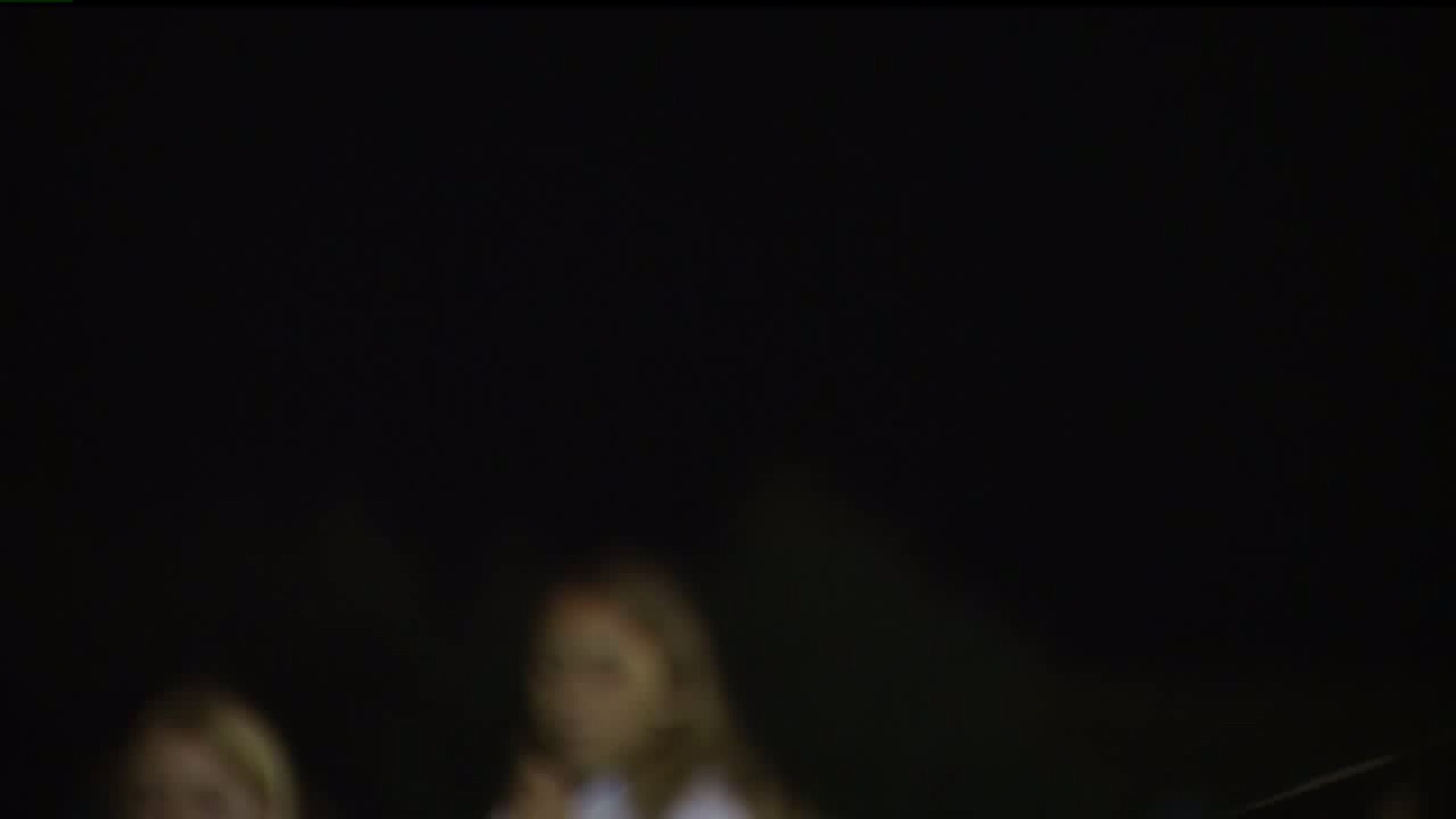 ORION, Illinois -- On a Friday afternoon during high school football season, freshman biology at Orion High School went about how'd you expect it to. They were supposed to be reviewing for their first big test, but students were buzzing about the big rivalry game to be played against Rockridge that night.

"If you can't see, you can move your desk to the side," said Heather Stannke to her biology students.

Xander Carlson is the student who has trouble seeing the board unless it has a black background with white writing.

"There's a curve there...then there's a curve all the way around and another curve here," said Xander tracing the three scars on his head, three reminders of what he's endured at his young age.

"I really didn't think it was anything serious. I wasn't too concerned. I've had glasses since I was in 5th grade so I thought it was just some vision change," said Carlson.

In January of 2019, it wasn't his eyes getting worse but something completely different causing his new vision problems.

"We knew that day he had significant vision changes and took him to an eye doctor specialist the next day," said his mom, Beth Carlson.

A trip to the eye doctor turned into a trip to the hospital in Iowa City and a diagnosis they never expected to hear.

"The biopsy showed it was a ganglioglioma which is a low-grade tumor but it has a gene that causes it to be more high risk for cancer and act more like cancer," explained Beth.

"I had to trust all the people caring for me," said Xander. "That's all I really could do."

Wrapped around his optic nerve, his pituitary gland, and touching his brain stem meant they sought treatment at St. Jude in Memphis. Doctors removed 70 percent of the six-centimeter tumor and are treating the remaining two centimeters with radiation. The tumor isn't completely gone, so doctors are watching for signs of regrowth.

"There's no reason to look at like it's a bad thing. You might as well just stay positive," said Xander.

In Xander's hometown, football is something everyone can agree on. The Orion Chargers welcomed the Rockridge Rockets to the field on Friday night, the game meaning more than just bragging rights.

"Xander is one of the strongest kids we know. His motto through all of this has been 'positivity is the key'." said the announcer at the game. Xander's family was honored before the game and helped with the coin toss.

"I remember standing in the stands and thinking 'what is that family going through? To have such health issues.' I'd think that 'gosh, I'd never want to be the family that had to go through that'," said Beth. "Now that we're the family that has health issues to address, I feel even more blessed because that support is directed at you."

At the game, Xander's family collected donations to bring to families at St. Jude when they travel Memphis in December for a follow-up appointment. If you want to help, you can bring items from this list to Orion High School, Middle School or Elementary School. Xander's family said boxes will be in the front office or you can donate online here.