The Silver Streaks were supposed to open their season March 20. With the season on hold, players and coaches turned a tough day into something positive. 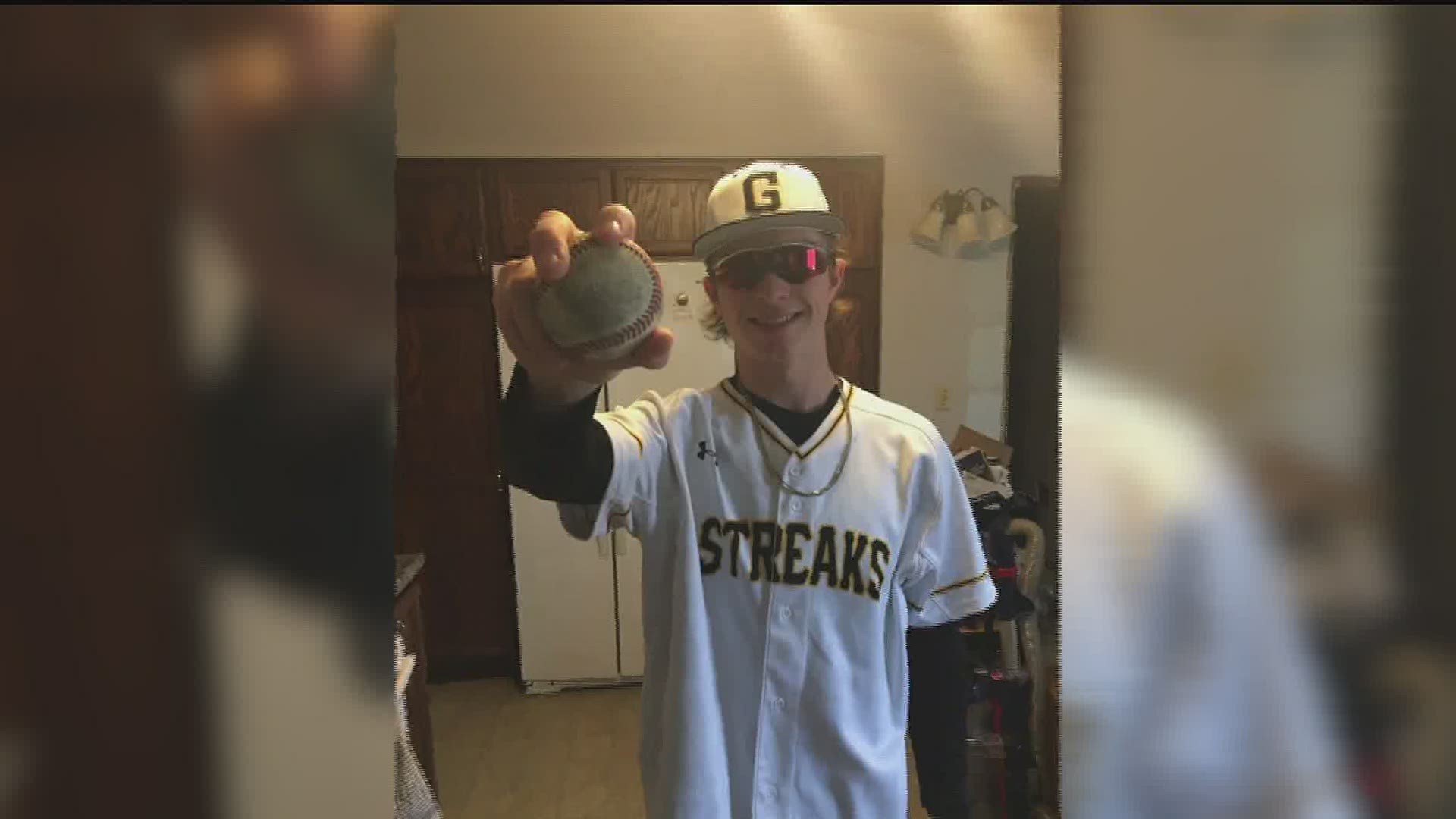 GALESBURG, Ill. — From earning a share of the Western Big Six, winning their regional, and playing for a sectional championship, 2019 was a special season for the Galesburg baseball team. In 2020, players said it felt like something special was brewing, too.

"We have really good pitching staff that we really pride ourselves on and we were really looking forward to the senior staff going out and dominating every game." said Senior Connor Aten.

Even with the season on hold, expectations for the Silver Streaks have been no different.

"We always have high expectations but we really thought that given the opportunity that we could go out and make some noise this year." said Jeremy Pickrel, Head Coach for the Streaks.

While the season has not been called off completely, what would've been opening day -- March 20th -- was.

"Those first game jitters," said Pickrel. "The first game of the season. All your work and preparation you've done up until that point and through the entire off season, kind of culminates into that one day. To not be able to do that, obviously I felt for my guys."

This opening day may have looked a little different.

"I wanted to put the uniform on again and let my guys know that I was thinking about them." said Pickrel.

But make no mistake, Opening Day still rolled on, just on social media.

"That didn't stop me from throwing on what we would've worn," said Pickrel on Twitter, describing what uniform the team would've worn. "White hat with the white pants. I couldn't help myself."

His team couldn't help themselves either, posting their own photos to Twitter of them dressed out in their uniforms.

"It was pretty cool to see all of the people on our team and other teams also that were dressing up and pretending that it was Opening Day," said Aten. "Like it was a normal game day I guess"

It was anything but normal, but made for a silver lining for the Silver Streaks.