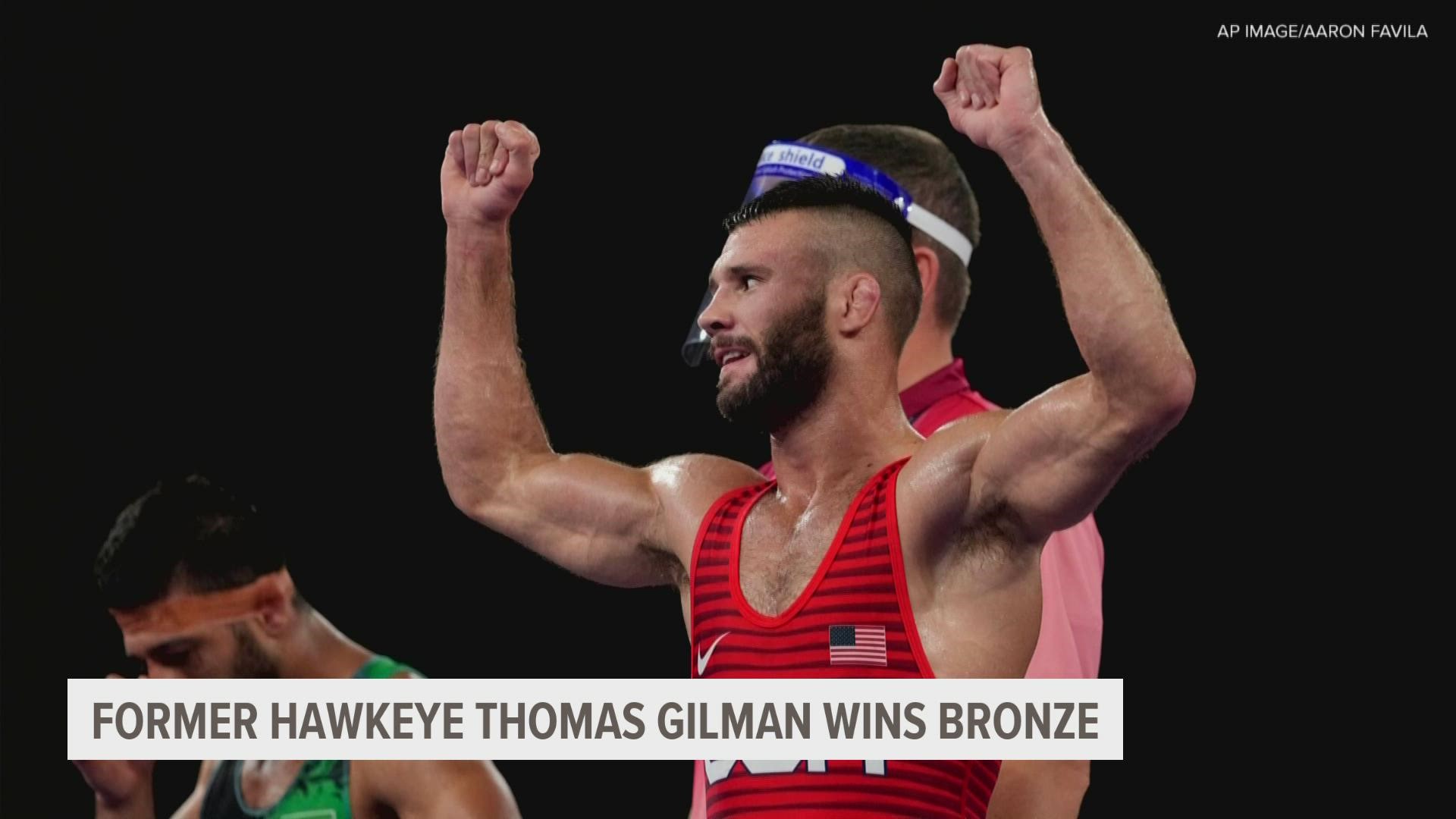 After losing his first match, 27-year-old Thomas Gilman beat Uzbekistan's Gulomjon Abdullaev Wednesday. Gilman outscored Abdullaev 11-1 in the wrestleback, or repechage. That victory gave him the chance to wrestle for one of two bronze medals available despite his initial loss.

Gilman is a Council Bluffs native and University of Iowa graduate. As a Hawkeye, he went 107-12 overall and won the Big Ten championship his senior year.

Gilman won a silver medal at the 2017 World Championship, but this was his first Olympics.

RELATED: US vs. Australia: Who won the bronze medal in women's soccer?

RELATED: Guide to the Olympics: Tokyo 2020 athletes with Iowa ties

Catch up on Olympics coverage by subscribing to Local 5's YouTube channel.