"Last Saturday, we said we are committed to doing our part and we mean it," the Panthers said in a tweet, adding they felt it was "right" to end the relationship. 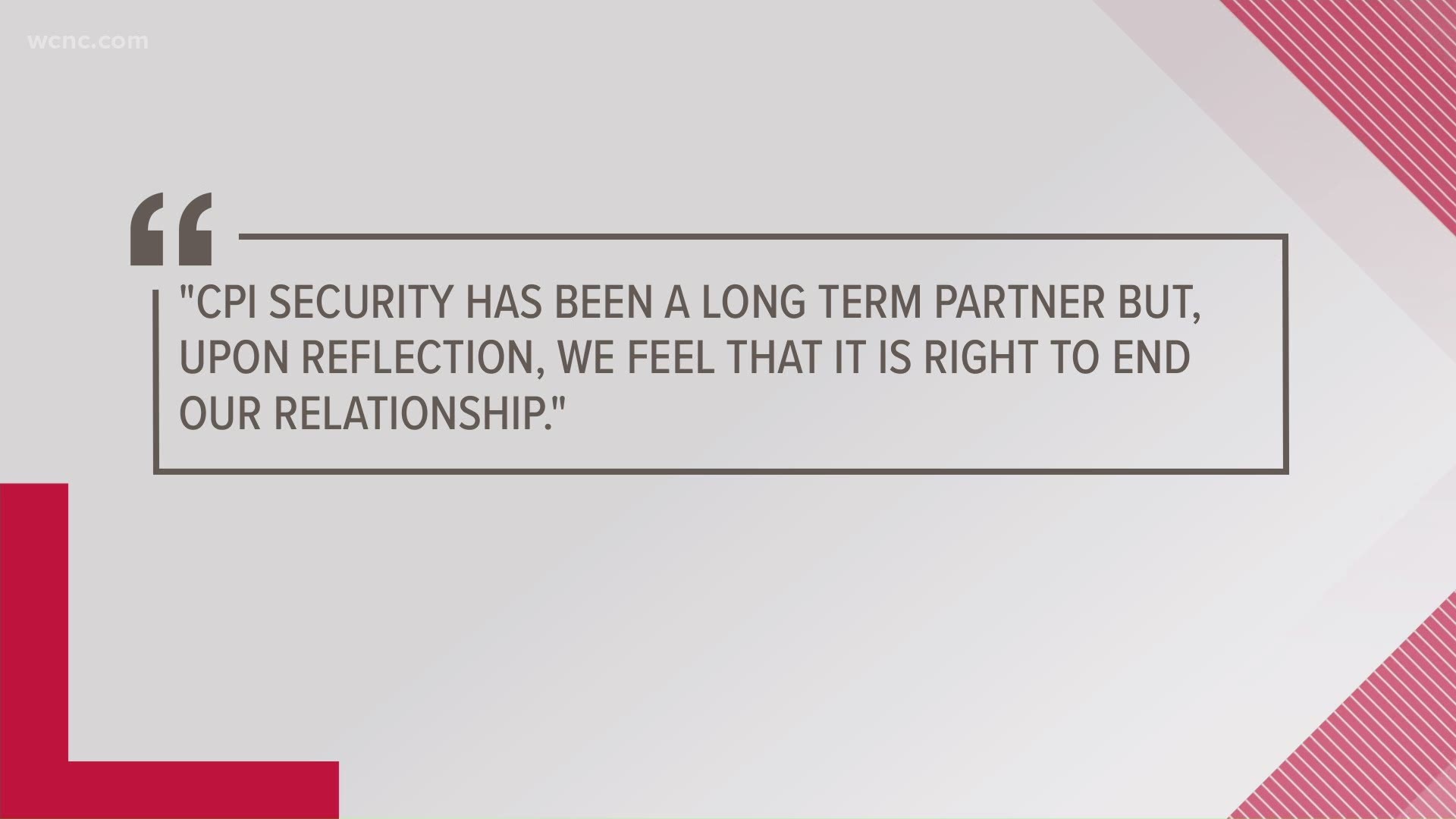 CHARLOTTE, N.C. — The Carolina Panthers are ending a long-term partnership with CPI Security. It comes in response to an email the CEO sent was leaked to the public.

The email was sent in response to a call to action by Queen City Unity to end police brutality.

In the email obtained by WCNC Charlotte, CEO Kenneth Gill suggests Jorge Millares, with Queen City Unity, “spend time in a more productive way,” and that “a better use of time, would be to focus on the black on black crime and senseless killing of our young men by other young men.”

Now after many in the community urged others to boycott CPI Security, the Carolina Panthers announced they would be ending the partnership.

"Last Saturday, we said we are committed to doing our part and we mean it," the Panthers said in a tweet, adding they felt it was "right" to end the relationship.

In response to the email being leaked, Gill provided a statement to WCNC Charlotte that says, in part,

“Regarding the email from me that was shared on social media, I want to apologize for my remarks which did not directly address the public’s outcry for racial justice and equality in the wake of George Floyd’s senseless killing."

"I have listened to the feedback, and now more than ever realize the need for continued dialog to help end racism within our community," the statement says, in part. The full statement can be seen below.