Iowa fans to be allowed back into Kinnick at full capacity, for now

The university's Athletic Director's updating fans on the plans for football at the school, this coming September. 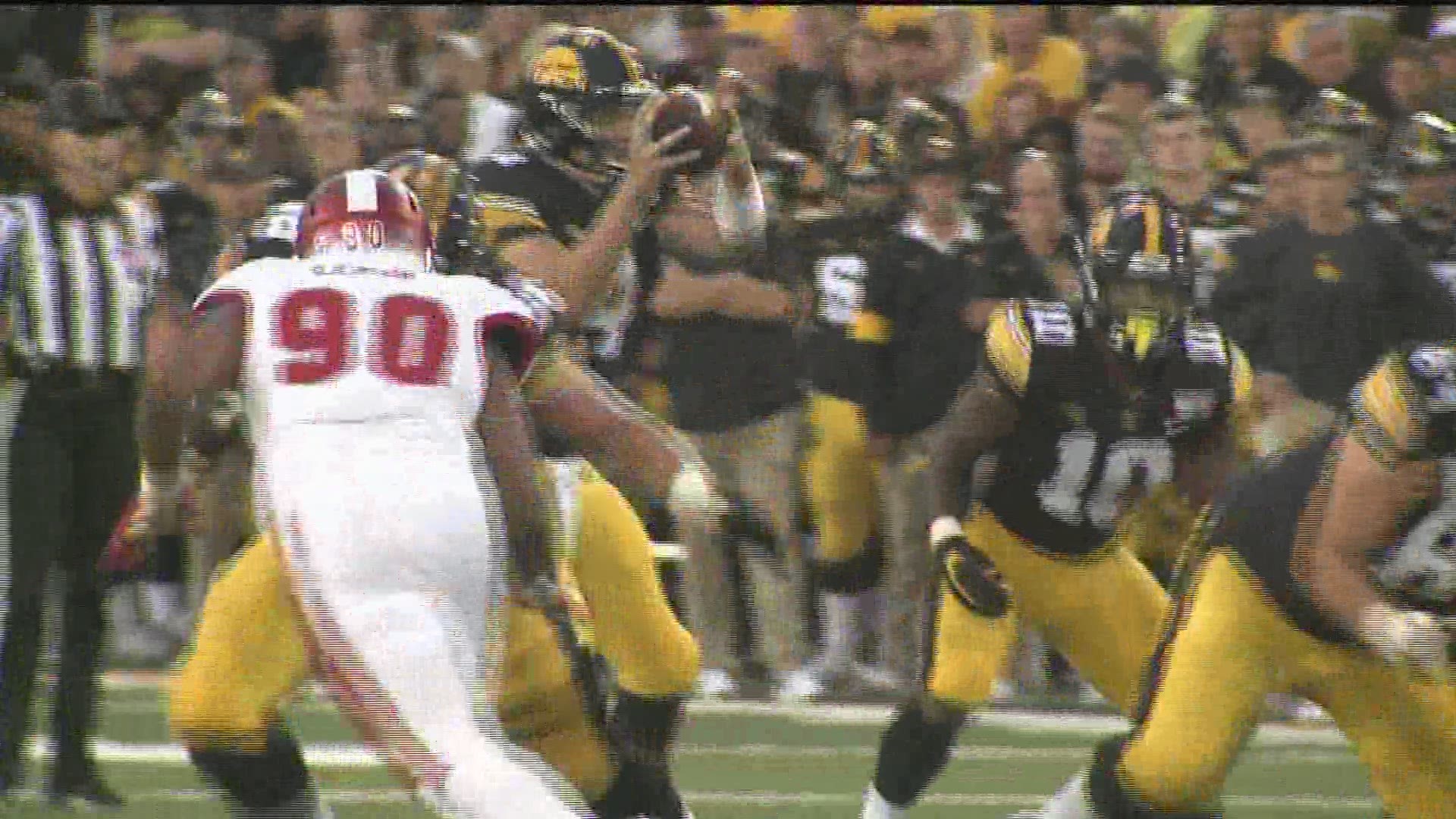 IOWA CITY, Iowa — UPDATE (5/29)- Thursday, May 28th, University of Iowa Athletic Director Gary Barta held a press conference, announcing that at this time, there will be no limit on the amount of fans allowed inside of Kinnick Stadium.

"We're preparing to allow as many Hawkeye fans that want to come back the ability to come back," he said.

The news comes two days after Iowa State's Athletic Department announced fans will be allowed back into Jack Trice Stadium in Ames at 50% capacity, which is about 30,000 fans.

Barta called the department's current budget at Iowa a "seven figure shortfall" as well. He says a hiring and spending freeze will go into effect, as well as implementing "operating and compensation reductions." To see the Iowa Hawkeyes press report from Thursday, click here.

ORIGINAL STORY: Athletic Director Gary Barta held a press conference on Zoom in April of this year to update the media on what's transpiring in the department. Leaders say they're examining multiple scenarios moving forward.

"I can't get you a number yet, until we get closer to June 30th," Barta said. "We believe we can cover everything without cuts in pay right now, without cuts, letting anybody go, without any furloughs, from now until June the 30th."

Barta says he knows the department's revenue will be less next year. They are alrady planning for it with different models. Barta says they could could lose 10, 15, or even 25% of their revenue for fiscal year 2021.

"We have not yet asked anybody to take a pay cut," Barta said. "I anticipate in any of those models, one of the larger expenses in our budget is compensation of 250 full time employees."

"Having a season or not having a season dramatically changes college athletics, at least for this season," Barta said. "I suspect that will have an impact for a long, long time."

The university has also announced plans to start in person classes this fall. Some coaches and staff are already being allowed to come back. Football players could be back on campus as soon as Monday, June 8th. Illinois players could return Wednesday, June 3rd.