The team's strength coach was placed on administrative leave and head coach Kirk Ferentz's leadership was called into question. 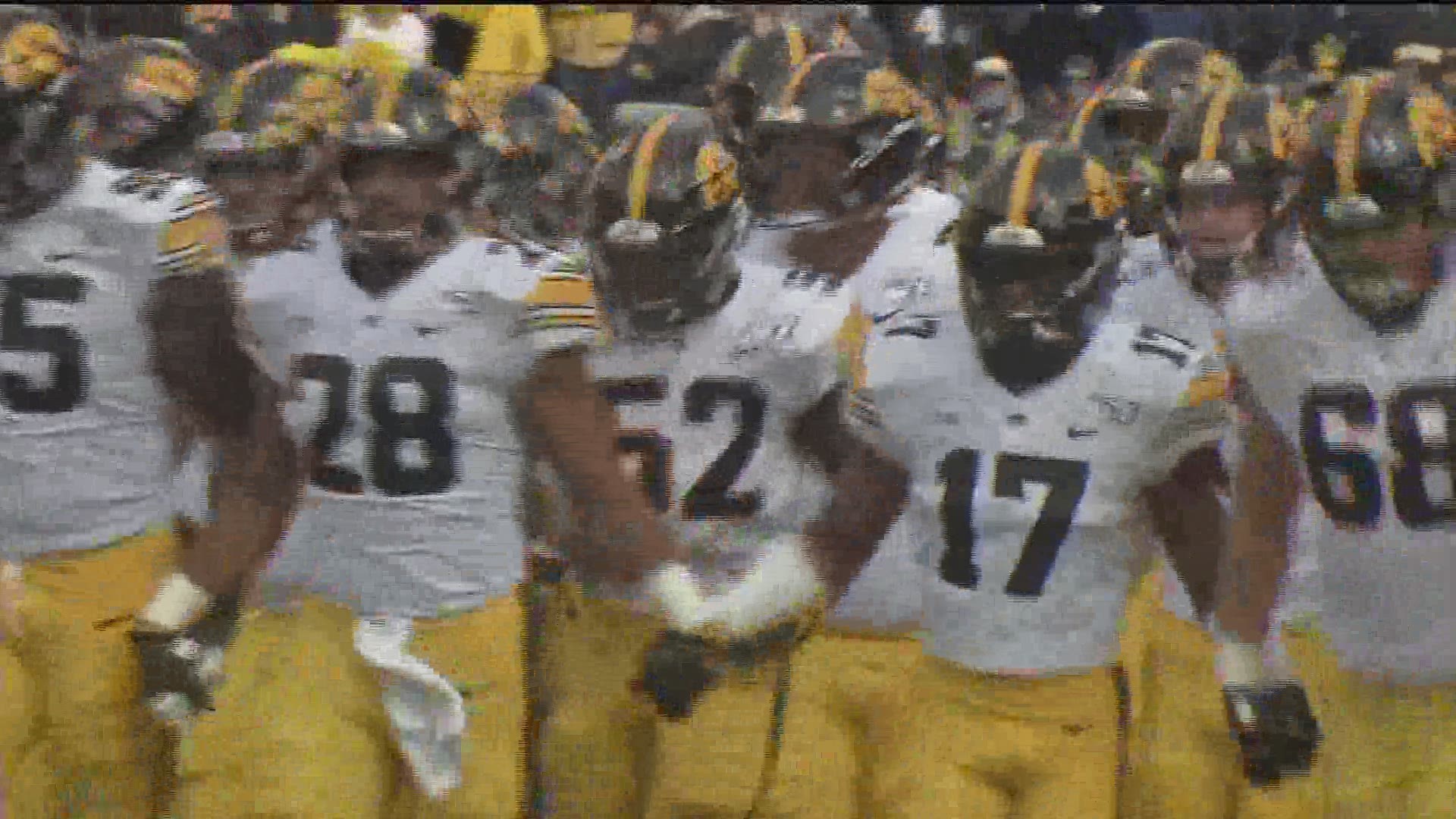 Iowa players returned to campus Monday to prepare for voluntary workouts amid an uproar after former Hawkeyes alleged systemic racism and other mistreatment in the program, the team's strength coach was placed on administrative leave and coach Kirk Ferentz's leadership was called into question.

About two dozen current players took to social media to voice messages of unity, with several referencing the death of George Floyd in Minneapolis and the social unrest in the country. None complained directly about his treatment inside the Iowa program.

“I'm a human before an athlete, I'm black before anything,” redshirt freshman receiver Desmond Hutson tweeted. “There is an obvious problem and it's up to us to fix it.”

“I'll be honest many tears rolled down my face during an hour and a half meeting of raw emotion and pain that we as players have felt during our short or longer periods at Iowa,” Fenske wrote.

Ferentz, the nation's longest-tenured coach at one school at 22 years, indicated he was caught off guard when he read what ex-Hawkeyes offensive lineman James Daniels, now with the Chicago Bears, tweeted Friday.

“There are too many racial disparities in the Iowa football program. Black players have been treated unfairly for far too long,” Daniels wrote.

Dozens of former players followed with anecdotes about bullying, racist remarks and other mistreatment while they were at Iowa. Several African American former players brought up issues they attributed to Chris Doyle.

Former Iowa linebacker Terrance Pryor said Doyle had told him he should take up rowing, then added, “Oh, wait, black people don't like boats in water, do they?” Former safety Diaunte Morrow alleged Doyle had told him he would send him “back to the ghetto.” Former defensive back Emmanuel Rugamba told of Doyle admonishing a black teammate and then asked him why he walked with swagger. “I'll put you back on the streets,” Doyle told the teammate, according to Rugamba.

Doyle, who earns $800,000 a year and is the highest paid strength coach in college football, was placed on paid leave Saturday night. He issued a statement Sunday denying any “unethical behavior or bias” based on race.

Black former players also said they were targeted for drug tests more often than their white teammates. The tests are supposed to be random.

“I feel the way we've done it has been equitable and fair,” Ferentz said.

Offensive coordinator Brian Ferentz, Kirk's son, also was alleged to have made insensitive comments. Brian Ferentz reports to athletic director Gary Barta because of the school's anti-nepotism policy, but Kirk Ferentz said he was confident he could deal with his son in a fair manner.

Jack Kallenberger, a white walk-on who quit the team, said assistant defensive coordinator Seth Wallace made fun of his learning disability in front of teammates and called him stupid. Wallace said he gave up football because he was “broken, beat down, bullied, unwanted and unloved.”

The university is conducting an investigation looking into the former players' complaints. No athletic department personnel are involved.

Ferentz said he would create an advisory committee to address concerns about the culture in the program. The committee will be chaired by Mike Daniels, a former Hawkeye, and include current and former players and members of the athletic department.

“I did ask multiple players if they feel like I'm part of the problem or if they feel like we can't move forward with me here,” Ferentz told reporters Sunday. “That's not what I've heard thus far. But my commitment is to us having a good program and having a healthy team and improving the environment.”