The Hawkeyes are on a roll with 12 straight wins. 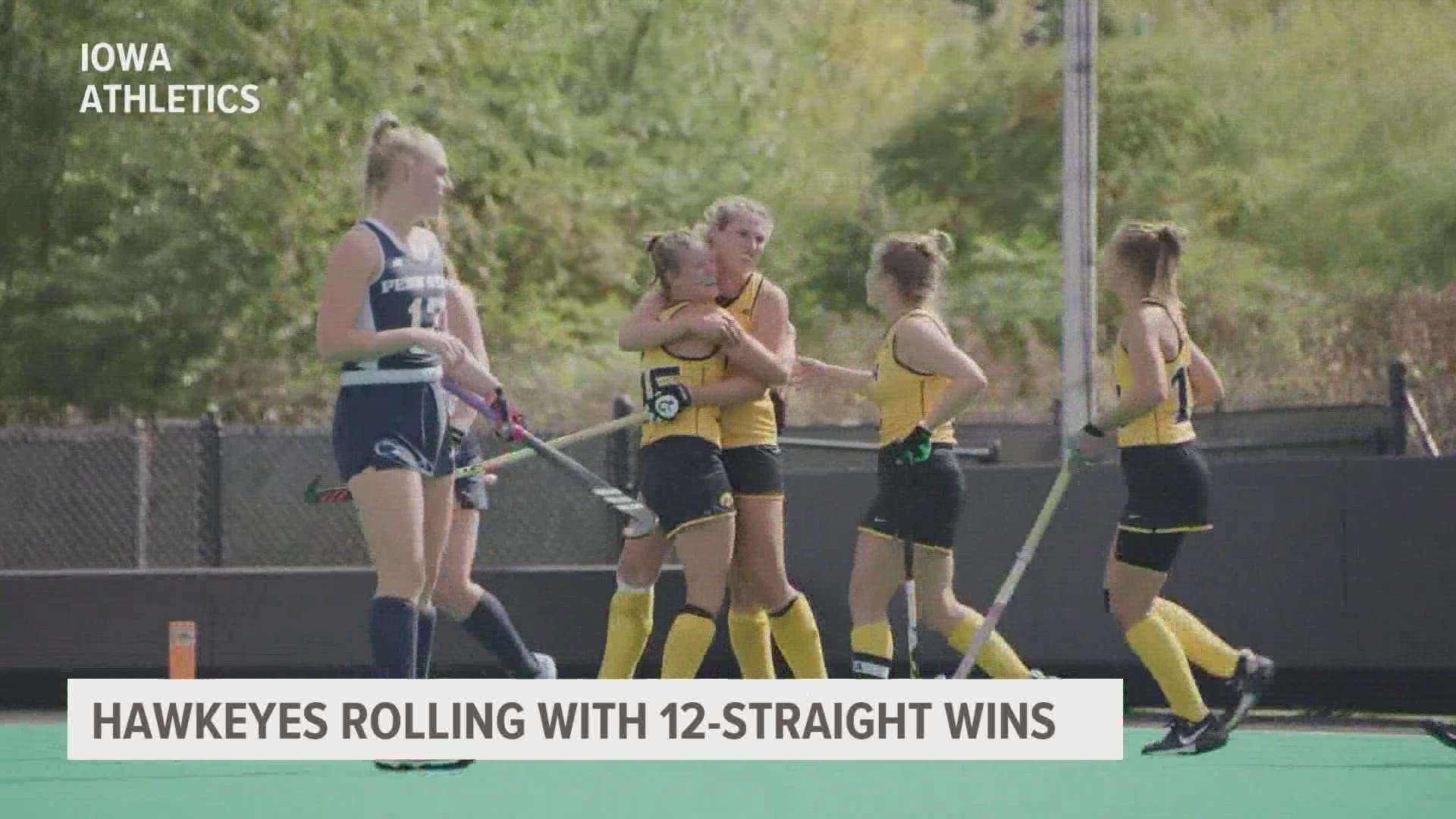 IOWA CITY, Iowa — The University of Iowa's football team has been on the rise in the national rankings, but the schools field hockey team is climbing even higher.

The team is ranked No. 1 in the nation coming off their 12th straight win Sunday at Maryland. They've also had impressive victories this season over North Carolina, which was ranked No. 1 at the time, and Louisville, which was No. 5.

"It feels pretty awesome to be number one, to be quite honest," said head coach Lisa Cellucci. "Right away I was a bit like 'Well, I don't know if this is if we want this right now because the target is even bigger.' But, you know, I think we were validated and I think it shows a great sign of respect across the country for what we have built."

Senior Ellie Holley is taking it one game at a time.

"Regardless of this streak, I think having that probably adds too much pressure, so yeah just kind of staying calm and composed," she said.

The Hawkeyes face Michigan State on the road Friday at 3 p.m. Their next home game is Oct. 15 against Michigan at 2 p.m.