Charles Barkley on coming to Phoenix, ‘93 Finals and ESPN’s ‘The Last Dance’

"I said we're gonna win the west and we're gonna play the Bulls in the finals." Charles Barkley talks about what it was like when he arrived to Phoenix in 1992. 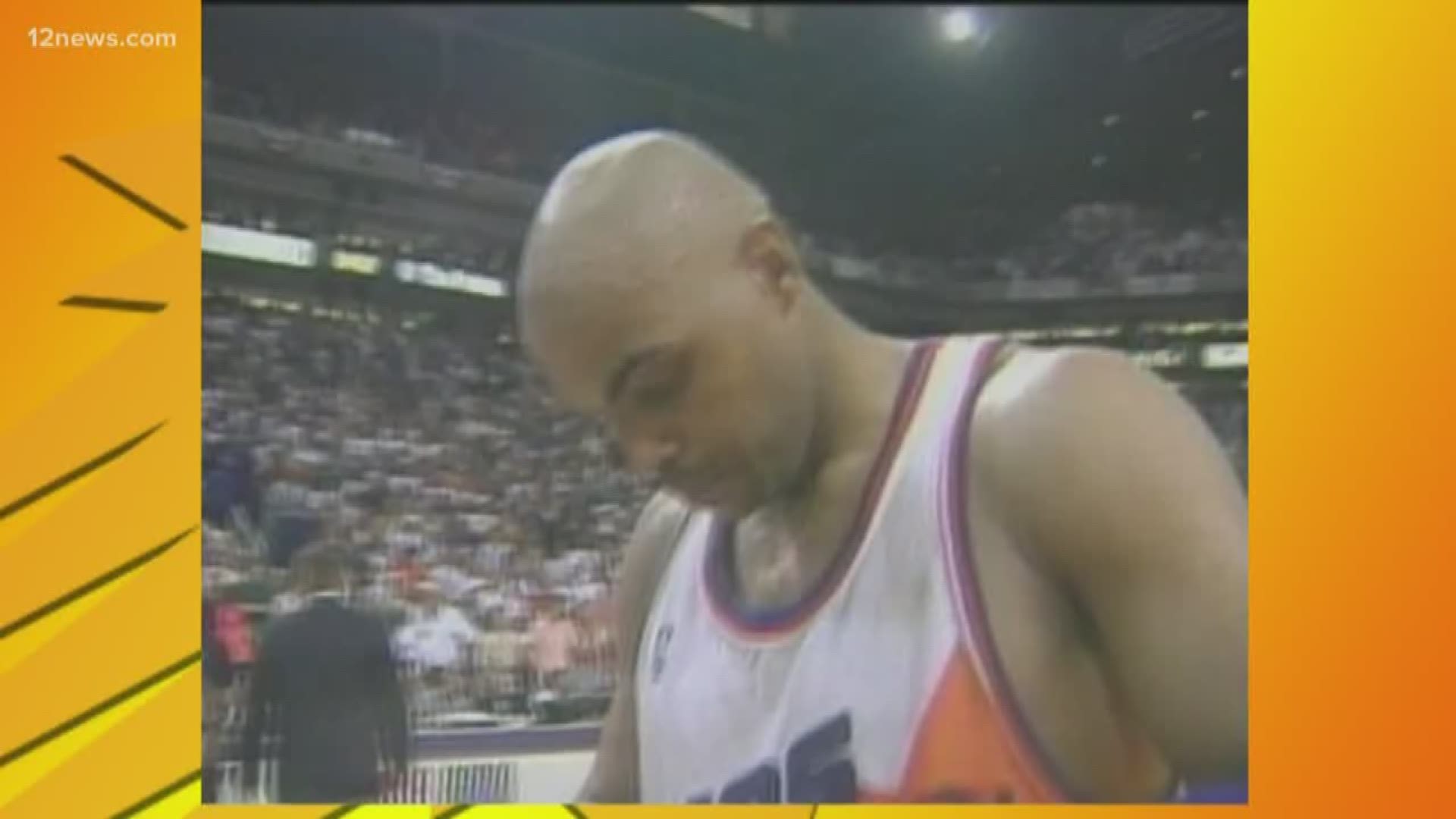 The Bulls, of course, defeated Barkley and the Suns in the 1993 NBA Finals in six games, Jordan’s third ring. Barkley was NBA MVP that year averaging 25 points, 12 rebounds and five assists per game.

For Barkley, watching ESPN’s docu-series on the era brought him back to 1992, when he came to Phoenix after spending the first eight seasons of his career in Philadelphia.

“When I first got to Philly, I wasn’t great yet and I got (Julius Erving and Moses Malone) in the end of their careers and then when I became great, we only had a couple really good teams in Philly,” Barkley said.

Sir Charles said looking back on his career, he knows Phoenix was his best opportunity to win.

“When I got Dan Majerle and Kevin Johnson, I thought I was in heaven,” Barkley said.

When he first came to Phoenix that year, Barkely was almost prophetic, predicting the Suns would win the west and play the Bulls in the finals.

“I think I’m the best player in the world, I just haven’t had any help,” Barkley said.

And the Suns did just that. The team had the best record in the NBA, Barkley would later be named league MVP, and the team made it to the NBA Finals against Jordan’s Bulls.

Barkley reflects on that series below:

Barkley had high praise for Phoenix during that year.

“Philadelphia is a great sports city but I’ve never felt the loudness, the energy, from probably day one in (America West Arena),” Barkley said. “The fans here were crazy. It was electric every night.”

When asked how his 1992-93 Suns team would perform in the modern era, Barkley said it’s a lot easier to play today. Teams aren’t as aggressive and fouls are called much more than they were during his day.

He said that’s one of the reasons people should appreciate Michael Jordan.

“If you’re watching this Last Dance thing, one of the reasons you need to admire Michael Jordan is the physical beatings they were putting on that dude, you’ve got to say to yourself, ‘damn!’ He finally beat (the Detroit Pistons) the fourth time, but the physical beating he was taking, it was incredible,” Barkley said.

“I always used to tell people, when you’re playing against the Pistons, just in case, call your family and tell them you love them because there was a chance you were not gonna come out alive,” Barkley continued.

Barkley went on to talk about his appreciation for Phoenix, which is why he stayed and will “never leave.”