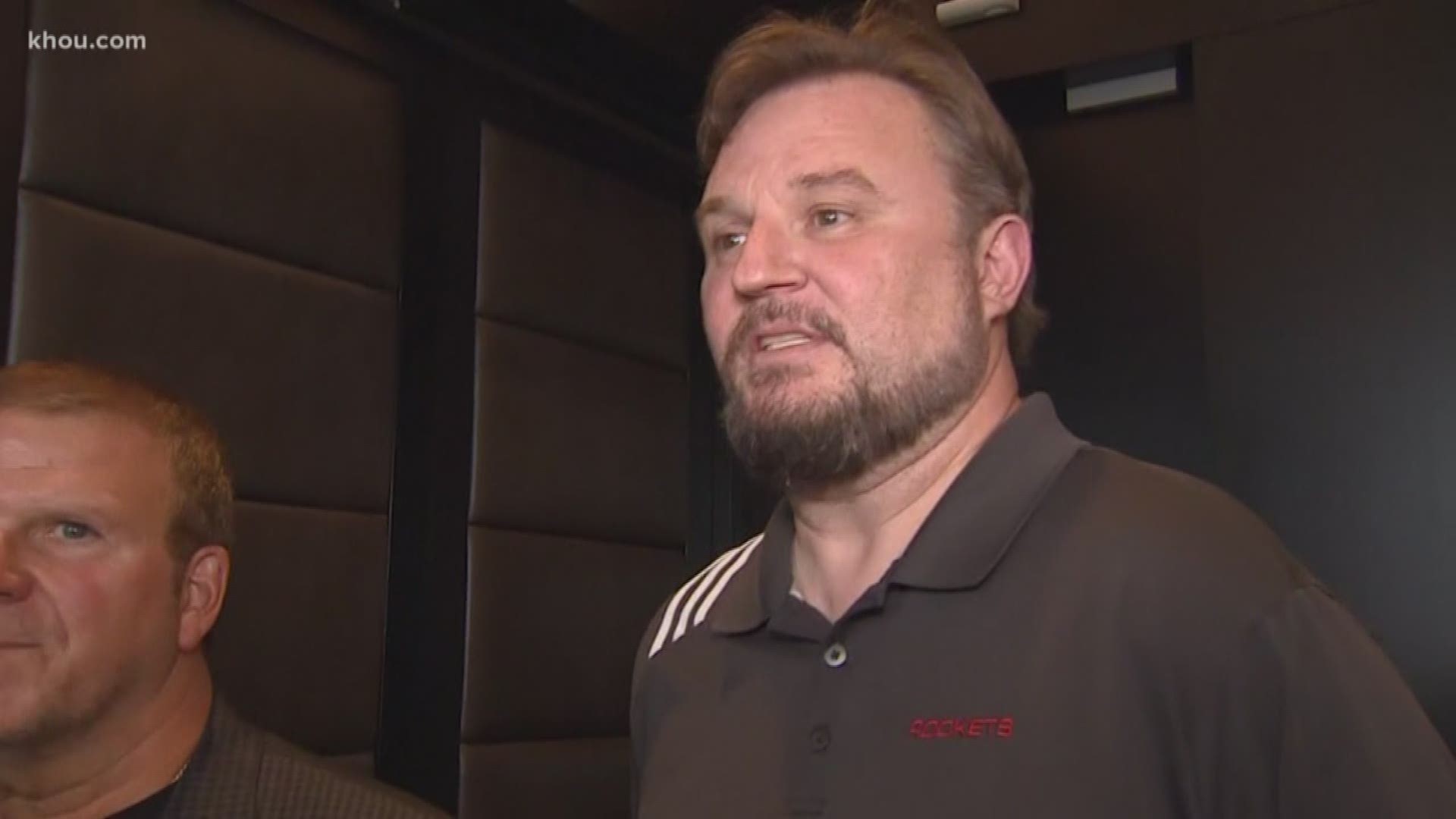 Despite an apology from Rockets General Manager Daryl Morey, fallout continued Monday against the Rockets.

The games the team were scheduled to play in China later this month have been cancelled.

The firestorm started with a now-deleted tweet from Morey that read, “Fight for Freedom. Stand with Hong Kong.”

The support for pro-democracy protesters was an affront to the team’s Chinese fan base.

Team owner Tilman Fertitta also distanced the team from the social media saying Morey “does NOT speak for the @HoustonRockets.”

Despite efforts to smooth things over, networks in China have announced they won’t broadcast Rockets games. Chinese companies have pulled sponsorships and stopped selling team merchandise.

“What I saw was about four billion dollars is the value placed on NBA China,” said Tolga Ozyurtcu, a faculty member in the Sports Management Department at the University of Texas at Austin.

He says more than 600 million fans in China watch the NBA regularly.

The NBA released a statement late Sunday evening, but it was met with criticism from American media.

"There is no doubt, the economic impact is already clear," Silver said. "There have already been fairly dramatic consequences from that tweet, and I have read some of the media suggesting that we are not supporting Daryl Morey, but in fact we have."

Below is the league's full statement:

“We recognize that the views expressed by Houston Rockets general manager Daryl Morey have deeply offended many of our friends and fans in China, which is regrettable. While Daryl has made it clear that his tweet does not represent the Rockets or the NBA, the values of the league support individuals' educating themselves and sharing their views on matters important to them. We have great respect for the history and culture of China and hope that sports and the NBA can be used as a unifying force to bridge cultural divides and bring people together.”

The statement caught the attention of several politicians, who condemned the league for "prioritizing profits over human rights."