Nationals get first win of 2020 season amid players out due to injuries, steroids and COVID-19

The Nationals led most of the game after taking a 3-0 lead in the 2nd inning, and due to a powerful performance from Victor Robles at the plate. 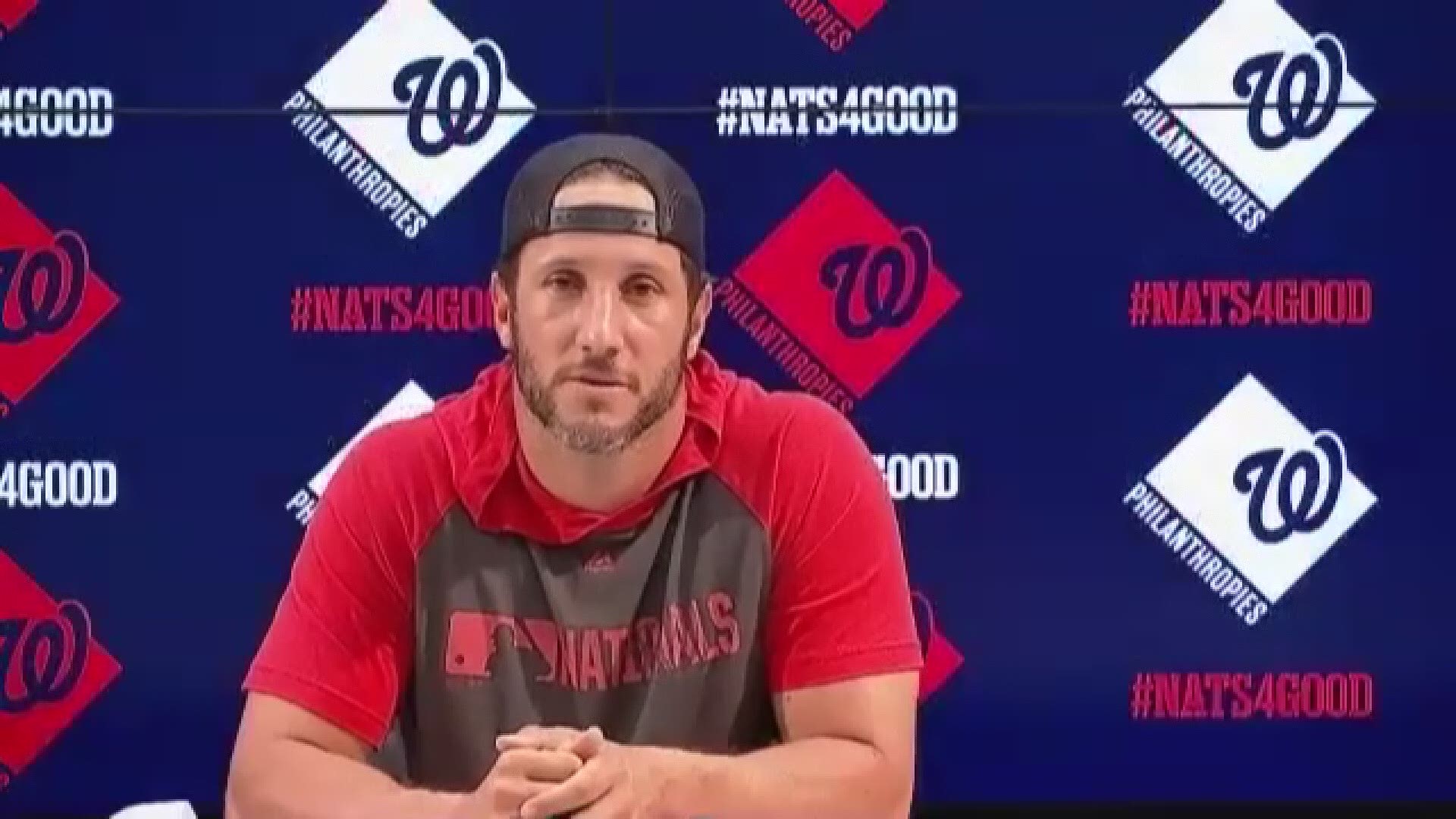 WASHINGTON — The 2019 World Series champion Washington Nationals got their first win of 2020 with a 9-2 defeat of the New York Yankees on Saturday at Nationals Park.

The Nationals led most of the game after taking a 3-0 lead in the 2nd inning and due to a powerful performance from Victor Robles, who used his bat to get three hits and four RBI's, including a home run.

Multiple players were out for the Nationals victory, including Juan Soto (who tested positive for COVID-19 last week), Stephen Strasburg (who scheduled to start, was scratched from the lineup because of a nerve issue in his pitching hand) and Tres Barrera (tested positive for steroids and has been banned for 80 games by Major League Baseball)

Nationals Manager Dave Martinez started his press conference after the game with "Boom," dropping a figurative bomb on the podium to describe how it feels to win the game after losing its first contest of the shortened 60 game season Thursday 4-1 against the Yankees.

The World Series Champion Washington Nationals have been the best team in @MLB since May 24, 2019.

The Nationals have one more game against the Yankees on Sunday before another four games series with the Toronto Blue Jays starting Monday.

There will be 14 weekend series during this season, with Washington hosting 13 homestands.

The 16th season for the franchise will be a shortened 60-game regular season, with the Nats playing each National League East team 10 times; the other 20 games will be against American League East opponents.

Here is where you can catch the games on TV over the next week:

RELATED: Here's how the sport of baseball has weathered past pandemics

RELATED: Dr. Fauci's first pitch was ... just a little outside