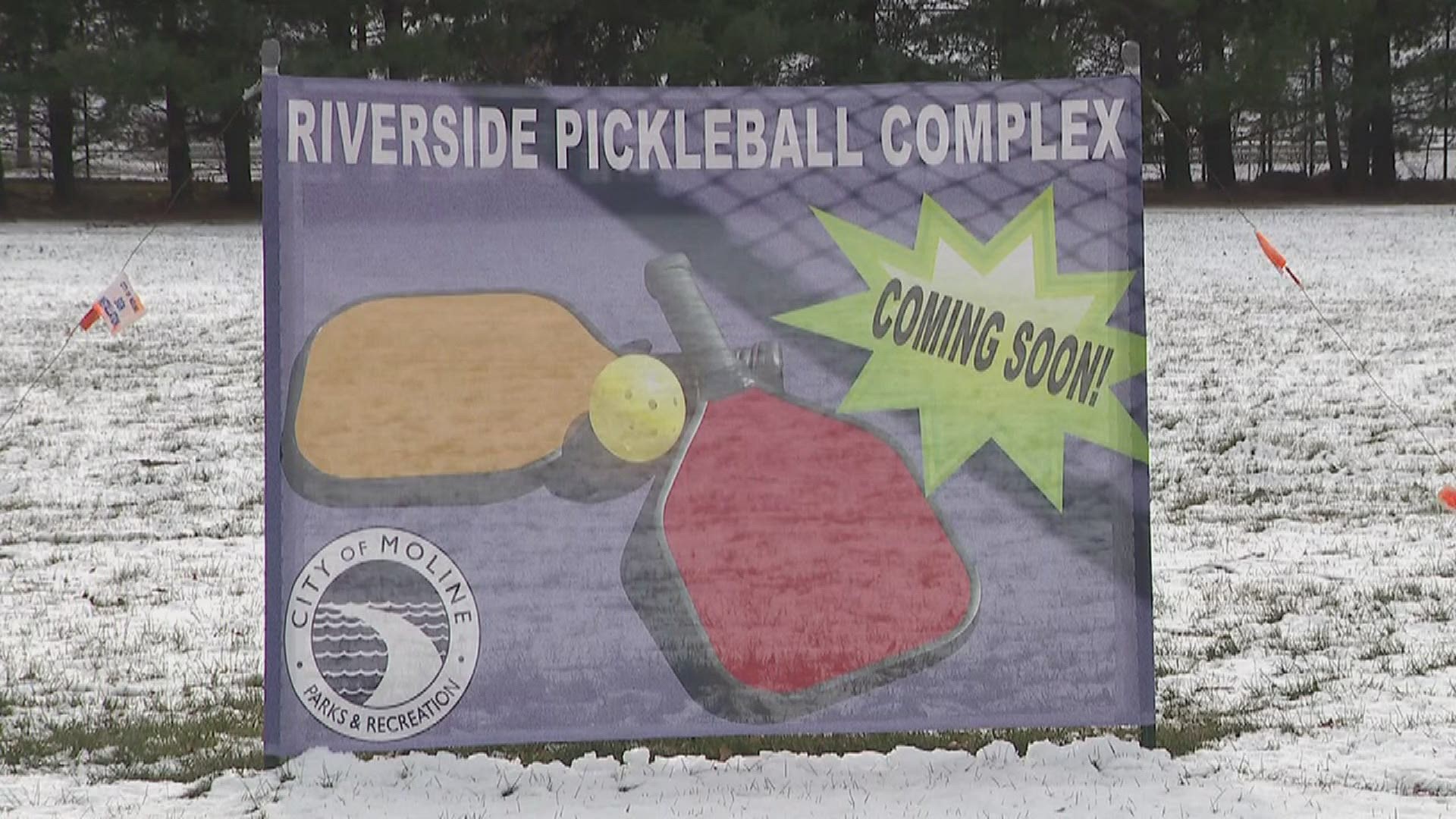 DAVENPORT, Iowa — Editor's Note: The video above is from December of 2020

The City of Moline has broken ground on two pickleball courts coming to Riverside Park.

Construction on the Riverside Pickleball Courts began on Monday, May 26 with an official groundbreaking that was held in the parking lot of the Riverside Family Aquatic Center on 5th Avenue.

Dozens of people were at the groundbreaking, masked up and helmets on, to celebrate the new addition.

The Quad Cities has seen a spike in pickleball popularity over the last decade.

A set of pickleball courts were built in Davenport in 2016.  Those courts were applauded by USA Pickleball, which is an association aimed at promoting the development and growth of pickleball across the country. 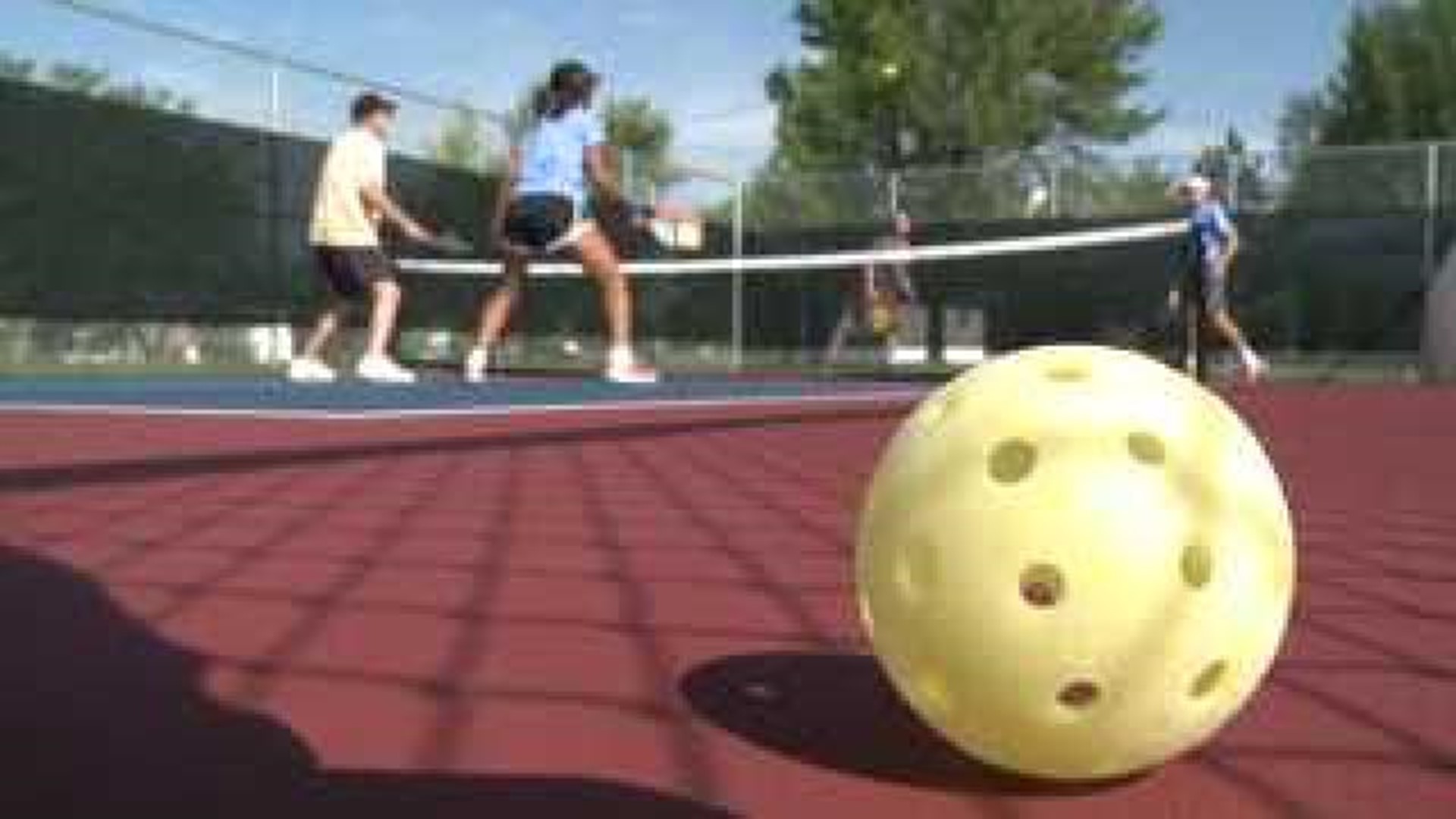 USA Pickleball describes the sport as a combination of tennis, badminton, and ping-pong. It can be played either inside or outside on a badminton-sized court with a net similar to a tennis net.

You play it with a paddle and a plastic ball with holes, either solo or in doubles.